In the world of motorsport, in addition to racetracks, individual fragments of racing tracks can also be of historical value. There are many such examples: the Red Water turn at Spa-Francorchamps, the brick finish line of the Indianapolis, the tunnel on the city track in Monaco are just a small part of the iconic sections of the autodromes. In one row with the above fragments of racing tracks, one can also include the so-called “Wall of Champions” – a safety barrier past which pilots rush after leaving the last bunch of turns at the Gilles Villeneuve circuit. 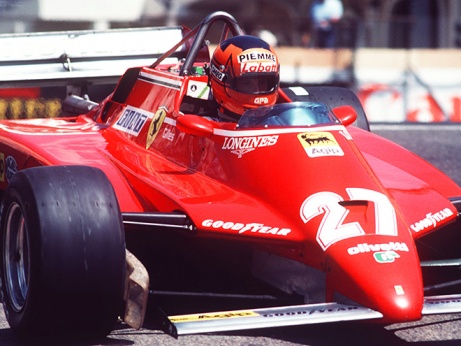 Chemistry of Villeneuve. Why the great Gilles was idolized

The track in Montreal remembers many epoch-making Grand Prix. Here we can recall the only victory of Jean Alesi in Formula 1, and the chaotic race of 2008, and the great victory of Jenson Button in 2011, which brought him a desperate overtaking on the last lap of the distance. But still, among the scattering of cult races, it is worth highlighting the 1999 Grand Prix, after which a new phrase appeared in the dictionary of the F-1 fan – “Wall of Champions”.

In that championship, the Canadian Grand Prix was listed as the sixth in a row in the calendar of the season. By the Canadian stage, the battle for leadership in the individual standings was already in full swing: Michael Schumacher was ahead of Mika Hakkinen by six points, another Scuderia pilot, Eddie Irvine, was advancing on the heels of the Finnish pilot. In other words, the Canadian weekend was supposed to be the next round, which originated last year, the confrontation between Schumacher and Hakkinen.

In qualifying, the Red Baron made the first bid for Sunday’s success, setting the fastest session time. Quite a bit (0.029 seconds) behind the leader of the season, his main pursuer from McLaren lagged behind, sitting right behind Michael on the starting grid. However, that race was not remembered for the battle of the fastest riders of the peloton. On that day, the main character of the Montreal track was the most ordinary wall.

A bunch of final turns at the circuit named after Gilles Villeneuve is an extremely treacherous place that does not forgive the mistakes of the pilots. After a long straight in which the cars reach speeds of more than 300 km / h, riders are required to accurately work the steering wheel during the passage of a section of two turns with a curb entry, and when exiting the turn, rush dangerously close to the wall. It sounds alarming, but for the time being, the pilots coped with the section of treacherous turns without any excesses. But in 1999, the peloton seemed to break through: in one racing weekend, the Canadian wall was “kissed” by five different racers. 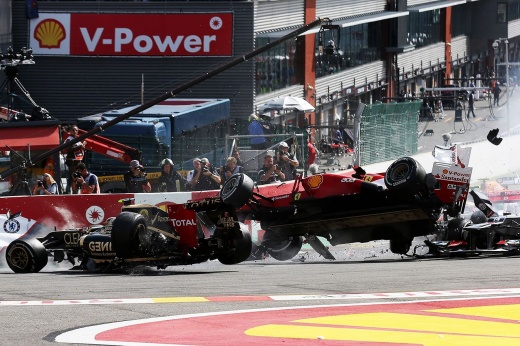 A start was made during qualifying: Ralf Schumacher lost his car on the way from one curb to another, after which the German’s Williams turned around and went straight into the wall.

The festival of accidents continued on Sunday. Already on the second lap of the race, the BAR pilot Ricardo Zonta allowed the rear of the car to be demolished after leaving the last bunch of turns. The retribution for the mistake was the blow of the rear right wheel against the wall – leaving the race.

The next victim to the safety barrier had to wait 12 laps, but it was a big catch – the 1996 world champion Damon Hill. It was the Briton who had the honor of becoming the first F-1 champion to retire after hitting the Montreal wall. Hill made the same mistake as Ricardo Zonta, almost repeating the Brazilian’s accident. 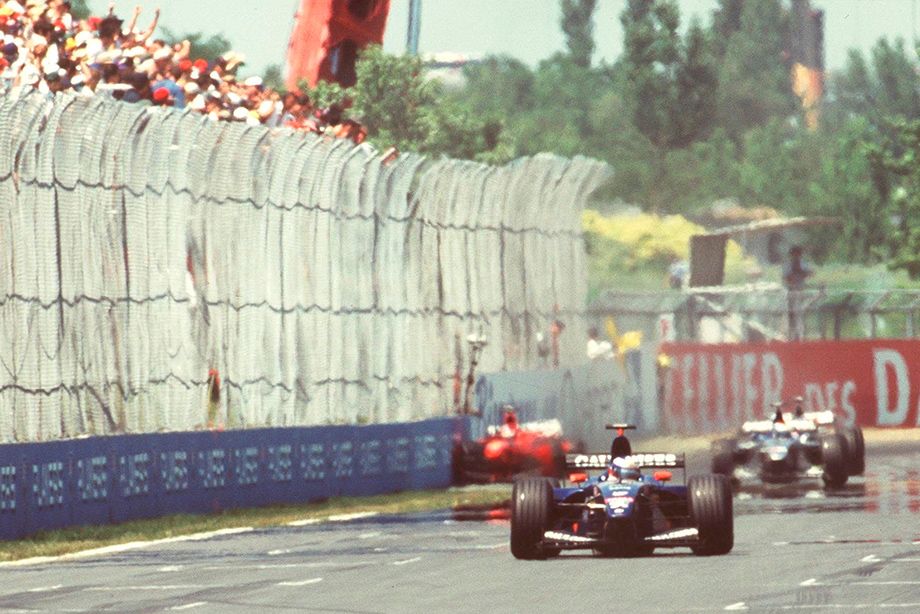 Wrecked Ferrari by Michael Schumacher in the background

After 15 laps, the parade of champion accidents was continued by race leader Michael Schumacher. Starting from pole position, the Red Baron kept the lead in the first meters of the distance, after which he rushed to the third victory of the season. For a circle before the accident, the German pilot confidently led the peloton, having a four-second lead over his main pursuer, Mika Hakkinen. But during the passage of the ill-fated bunch of turns, he lost the car on the curb, after which he went into an uncontrollable skid. The most offensive withdrawal from the race, especially in the context of the fight for the title.

And after another five laps, Jacques Villeneuve, the favorite of the local public and part-time champion of 1997, honored the native wall with his attention. Interestingly, in the same place, the Canadian had already had an accident two years earlier – in his championship season. To this day, the Canadian remains the only driver in history to finish the race twice after colliding with the famous Montreal wall. 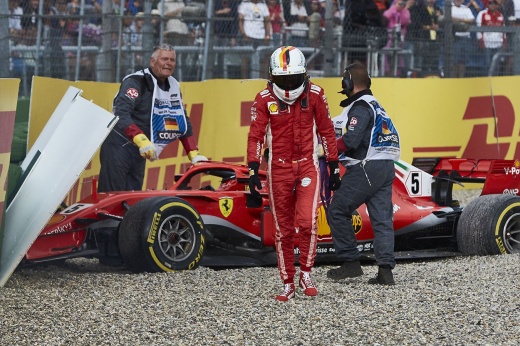 Kvyat and 6 other pilots who failed at home Grands Prix

On this, the emergency parade at the circuit named after Gilles Villeneuve came to an end. The result of the Canadian Grand Prix in 1999 was the accident of three Formula 1 champions in the same place, which a little later the racing community would call the “Wall of Champions”. Interestingly, the other two drivers who crashed their cars into the Montreal wall that race weekend are also champions, albeit of very different racing series. Ralf Schumacher excelled in Formula Nippon, and Ricardo Zonta won the Formula 3000 championship.

In the future, victors of racing championships continued to get acquainted with the “Wall of Champions”. In 2001, during qualifying at the Montreal circuit, Nick Heidfeld, the winner of the 1999 Formula 3000 championship, kissed the wall. 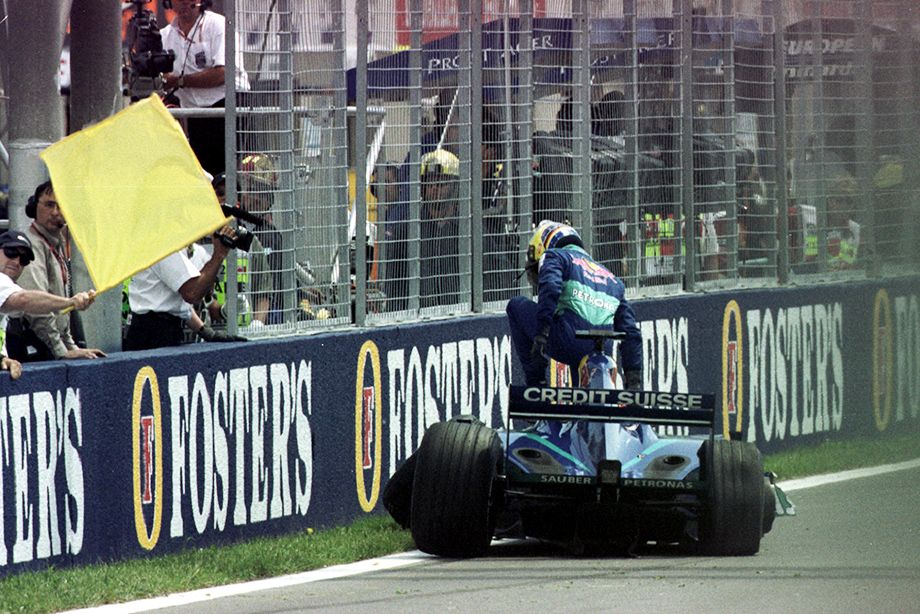 After hitting the Sauber Wall of Champions, Heidfeld was dragged across the track

Four years later, the future world champion Jenson Button will finish the race in the same place (perhaps this was such a sarcastic hint from the racing gods). A year later, the 1999 CART champion Juan Pablo Montoya will suffer the same fate.

Of the current F-1 pilots, Sebastian Vettel and Carlos Sainz lost control of the car in the insidious replay section. The German champion made a mistake during the free practice session, but the current Ferrari driver ruined his qualification in 2016.

Will the insidious wall add to the list of its “victims” or will the Canadian stage go without incident this time? We’ll find out in today’s race. 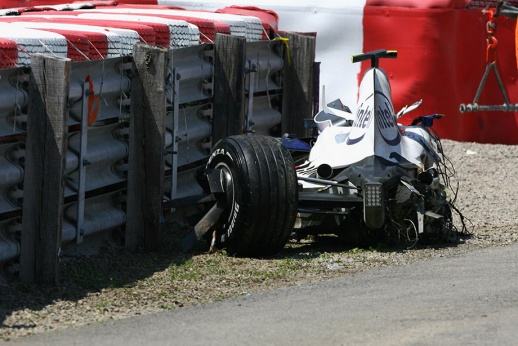