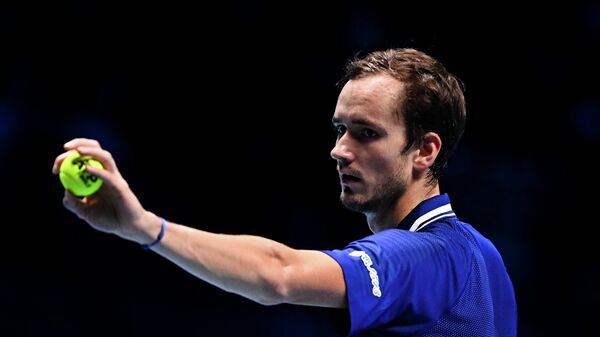 MOSCOW, 24 Nov – The second racket of the world, Russian tennis player Daniil Medvedev, flew to Madrid on Wednesday to participate in the final part of the Davis Cup, according to the tournament’s microblog on Twitter.
The Davis Cup will take place from 25 November to 5 December in Madrid, Innsbruck and Turin. The Russian national team got into group A, where they will play in Madrid with the teams of Ecuador (November 27) and Spain (November 28). The quarter-finals will be the winners of each of the six groups and the top two runners-up teams.
Medvedev joined the national team along with Andrei Rublev, Aslan Karatsev, Karen Khachanov and Yevgeny Donskoy. The Russian on Sunday in the final of the final tournament of the Association of Tennis Professionals (ATP) in Turin lost to the German Alexander Zverev.