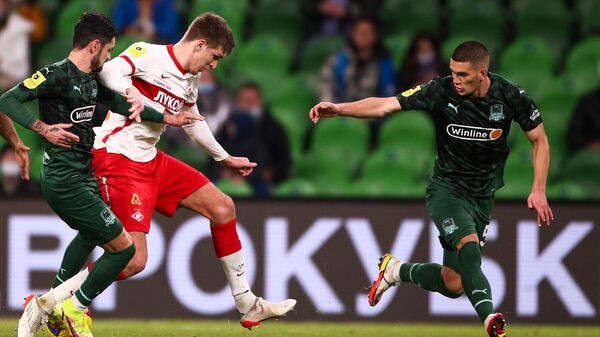 MOSCOW, 25 Nov – The expert referee commission under the President of the Russian Football Union (RFU) recognized the erroneous assignment of a penalty to the gates of Krasnodar in the match of the 15th round of the Russian championship with Spartak (2: 1), according to the RFU website.
The main referee of the meeting Alexei Sukhoi appointed a 11-meter strike at the end of the first half after the fall of the midfielder of the “red-white” Mikhail Ignatov in the fight against the defender of the “bulls” Sergei Petrov.
“There was normal physical contact between the players, where the players initially fought for the ball with mutual use of hands, causing both to lose their balance and fall on the lawn,” the organization said in a statement.
ESC also recognized the removal of Lokomotiv defender Murilo in the match with Akhmat (1: 2) as a mistake. The footballer received a red card in the 35th minute. According to the conclusion of the commission, the video assistance system for referees (VAR) was obliged to intervene and offer the referee a video review.