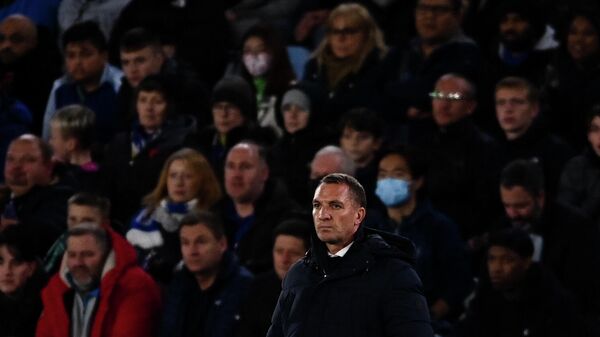 MOSCOW, 25 Nov – Leicester FC head coach Brendan Rogers said that the talk that he could lead Manchester United are only rumors and that he is loyal to Leicester.
Ole Gunnar Solskjaer left the post of Manchester United head coach on Saturday. According to media reports, the management of the English club wants to see the head coach of PSG Mauricio Pochettino as the team’s mentor. The list of candidates also includes Brendan Rogers (Leicester) and Eric ten Hag (Ajax).
“It’s not possible for me. There will always be rumors and speculation, this will continue until Manchester United appoint a coach, but my team is here. It is very important in our culture to continue to develop the team and the players, especially now that our results somewhat unstable. It does not fit in my head, I respect the work of journalists, but for me these rumors are groundless, “- quoted Rogers SkySports.
Rogers has led Leicester since 2019 and has a contract with the club until 2025. Leicester are in 12th place this season with 15 points in 12 games. Prior to Leicester, Rogers worked for Celtic, Scotland.