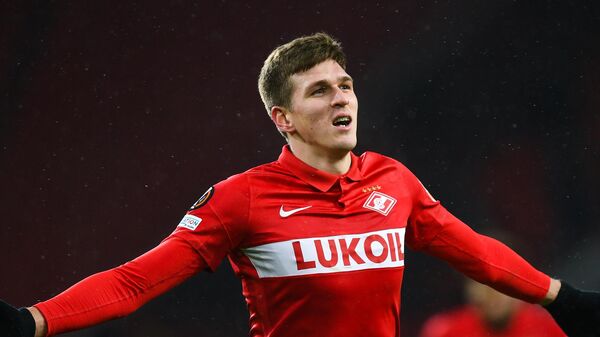 Sobolev could win Europa League Player of the Week title

MOSCOW, 26 Nov – Forward of the Moscow football club “Spartak” Alexander Sobolev claims to be the best player of the week in the Europa League, voting for the title of which takes place on the official website of UEFA.
Sobolev on Wednesday scored a brace in the match of the 5th round of the Europa League group stage with Italian “Napoli” in Moscow (2: 1).
Competition to Sobolev is made by the midfielder of the German “Bayer” Robert Andrich, who scored two goals to the Scottish “Celtic” (3: 2), the midfielder of the French “Lyon” Ryan Sherki, who scored a double against the Danish “Brondby” (3: 1) and the Scottish striker Rangers Alfredo Morelos, whose two goals brought his club a 2-0 win over Sparta Prague.