Candidate Master of Sports in freestyle wrestling and kickboxing, two-time champion of Moscow in Thai boxing

What should a beginner learn in their first kickboxing class? What techniques can a novice athlete do?

Kickboxing is a relatively young form of martial arts that rapidly gained popularity in the 80s and 90s of the last century thanks to Hollywood films featuring Bruce Lee and Jean-Claude Van Damme. Since then, kickboxing has acquired a large audience of fans and athletes: tournaments and promotions have appeared, kickboxing stars have begun to flicker on the screens more often, and by now, every mixed martial arts fighter has elements of kickboxing in their arsenal.

Read more about how martial arts affect our emotions here. 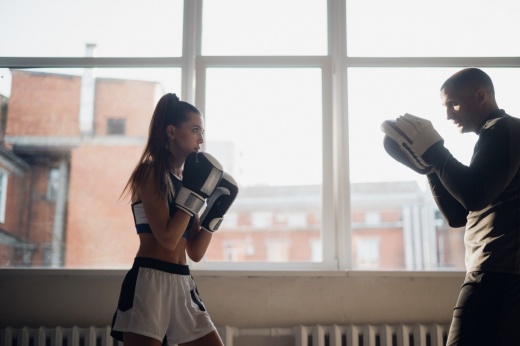 Are all boxers aggressive? How martial arts affect our emotions

What important rules are taught to beginner kickboxers

Each coach has his own methodology, but there are a few general rules that are instilled from the first workout.

Don’t give up. When you are standing, both forearms are in front of your face, protecting it from blows. As soon as you drop your hands and forget about protection, you will “fly in”, and the fight will most likely end. Well, if you remain conscious at this point. Keeping your hands in front of you all the time is hard, but with time you will develop a good habit.

Move during the fight. In a static position, your combat potential is approximately equal to a dummy. Proper movement not only protects you, but also allows you to counter-attack, which makes it difficult for your opponent. And after a series of blows, you should not stand, but keep moving. 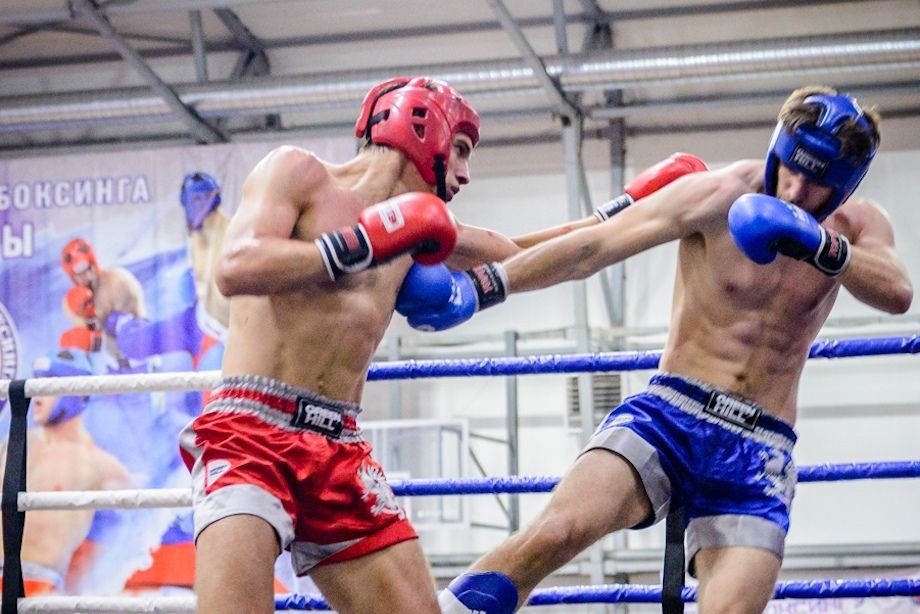 Don’t close your eyes. This is a natural reaction of the body to the attack of the enemy and the most common mistake of all beginners. When you close your eyes, you stop seeing your opponent’s actions. Over time, this fear will atrophy, but you need to work on it in sparring.

Don’t be afraid to take a hit. Working on the “pear” or on the “paws”, of course, is safer, but this way you are unlikely to feel kickboxing for real. Fear of punches disappears after hundreds of sparrings in the gym, and for this, beginners begin to work in incomplete contact – in helmets and gloves.

Everyone starts with this technique, and it is also common in boxing. A jab is a direct punch to the head. It is applied from a combat stance with the leading fist straight ahead, while the body turns slightly along with the flying arm. As the fist moves forward, the elbow straightens and the shoulder rises, giving additional protection to the chin.

To make the jab stronger, you need to take a step forward. With the jab, you not only strike, but also reconnoiter the opponent and prevent him from closing the distance.

The most popular kickboxing kick is the low kick or kick to the lower body (thigh or shin). It should be directed to the middle of the thigh of the opponent’s leg closest to you. It is best to perform a low kick not with the foot, but with the lower part of the lower leg. To strike, you need momentum, namely flywheel rotation. First, we take a step with the supporting leg and slightly turn the foot in the direction of impact, then we beat with the second leg and at the moment of the swing we turn the body for greater strength.

With this blow, you can not only start your attack, but also stop the onslaught of the enemy. Front kick is a direct kick. For him, it is necessary to transfer the weight to the supporting leg, and raise the shock leg bent at the knee. Then you need to sharply throw your leg towards the body of the enemy. For balance, the support should be slightly bent at the knee and lean back slightly. The blow is delivered with the toe of the foot – so its strength will be concentrated at one point, and not all over the foot. The toes of the kicking leg must be squeezed.

Like the front kick, it’s perfect for a counterpunch. The side kick is applied sideways, on the outside of the foot. Beginners are better off starting with body shots, more flexible fighters can hit the head. For the correct execution of the strike, it is necessary to sharply push off with the kicking leg and transfer the weight to the supporting one, then raise the leg bent at the knee and sharply throw it into the body of the opponent. The body at the same time turns in the direction of impact and deviates slightly back for balance.

Roundhouse kick – circular kick. It is used at medium and long range, as a rule, the target is the head or body. To strike, you need to transfer the weight to the supporting leg, and lift the other leg and bend at the knee. From the position of the raised knee, the front leg begins to straighten, and the knee itself turns to the inside, turning the lower leg through the side in a circle. The foot of the shock leg is stretched toe forward. The blow is applied with the upper part of the foot. At the moment of straightening the leg, the pelvis moves forward, giving the blow additional length, height and strength. The body may be slightly tilted to the side.

Each punch must be well trained individually before including them in your series or combination. It is best to start with the basics, this primarily applies to the hands and protection, while working on the stretching and elasticity of the muscles. And then you can use the legs.