Traditionally, the summer months are the height of the season of transfer rumors in Formula 1. Who will replace Ricciardo at McLaren? Will Schumacher move to Aston Martin? Will there be a place for Piastri in the F1 peloton? Many insiders and journalists are trying to answer these and other questions, supplying the public with new rumors and conjectures. Of course, not all of the potential transitions will materialize. The history of the Royal Races remembers a lot of failed transfers, the most interesting of which we will remember right now.

In 2007, Alonso’s career was at a crossroads: even during the season it became clear that Fernando would not stay at McLaren. It was then that various rumors began to arise regarding the future fate of the Spaniard. One of the teams that decided to compete for Alonso was Red Bull.

In those days, Red Bull was the most common middle peasant, although the presence of Adrian Newey in the team and patronage from a large concern could hint at the imminent rise of the Austrian team. However, Alonso was not very eager to join the ambitious Bulls project. Years later, Dr. Marco would call negotiations with the Spaniard tedious: in addition to impressive fees, Fernando demanded maximum freedom in terms of marketing. Interestingly, Red Bull were even ready to discuss the details of the agreement, but Alonso’s manager never sent the draft contract to the Austrians. As a result, Fernando left the negotiations, and later returned to Renault. It is quite possible that this decision cost the Spaniard several championship titles. 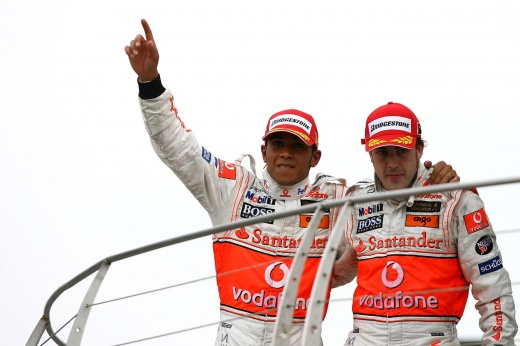 Loud scandal between Hamilton and Alonso: how it all happened and why it was inevitable

In 1998, the further course of the history of Formula 1 could change dramatically. We are talking about the failed transition of Michael Schumacher to McLaren. Yes, at the turn of the century, the “silver arrows” made an attempt to lure the rider of their principal rivals.

“Theoretically, this could happen, but it didn’t work out,” Norbert Haug (then vice president of the Mercedes racing department) recalled negotiations with Schumacher many years later. “It wasn’t something completely impossible because we were really good in 1998 with Adrian Newey’s new car, so we were attractive to any rider.” 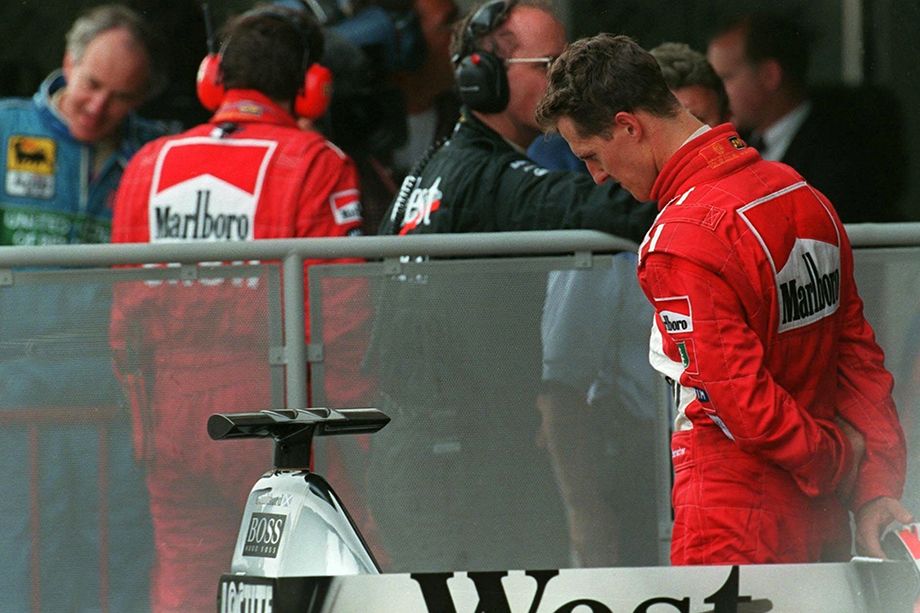 In 1999, Schumacher could well represent McLaren

Ron Dennis also let slip about negotiations with Schumacher in the future. According to the McLaren boss, he met with representatives of Michael during the 1998 Monaco Grand Prix. Moreover, according to Dennis, the pilot himself initiated the negotiations. The details of that public meeting are still unknown, but the outcome is absolutely clear and understandable to everyone: Schumacher remained at Ferrari. According to Dennis, they didn’t even reach a specific proposal: after the first meeting, the parties parted ways and forgot about these negotiations forever. 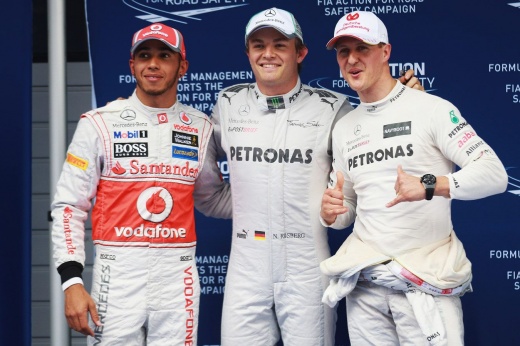 And here Hamilton bypassed Schumacher. Lewis is the most loyal driver in the history of Formula 1

After winning the title in 1996, Damon Hill was forced to leave the Williams, after which the newly-minted champion moved to the camp of the outsider Arrows. However, even though Williams did not need Damon, he was still a valuable asset in the transfer market. Interest in the current champion was shown by Jordan, Prost and McLaren.

Naturally, the offer from the team of Ron Dennis seemed to the Briton the most attractive. With the help of a black and white car, Hill could return to the fight for high positions, but negotiations with McLaren stalled. Through the press, Damon issued a statement criticizing the conditions offered to him. According to insiders, the Briton was simply not satisfied with the salary: McLaren was ready to pay Hill a little less than one and a half million pounds sterling per season (according to the stories of the pilot himself, he would generally receive money only in case of victories), while in Arrows the Briton earned £4 million.

By the way, the following year the team from Woking again suffered a transfer failure: Jacques Villeneuve refused to move to the McLaren camp, preferring the BAR project of his manager Craig Pollock. However, Dennis hardly regretted that he did not get two Williams champions: Mika Hakkinen did an excellent job of winning the titles. 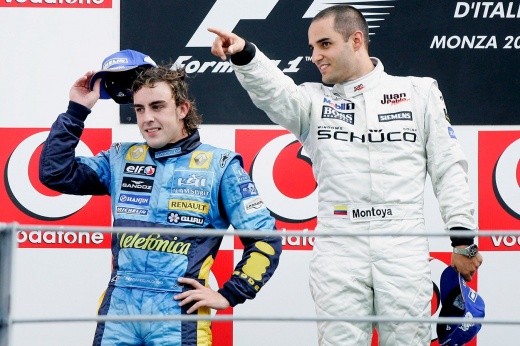 Relatives of Ayrton Senna claim that he dreamed of being in the Ferrari camp at one fine moment. In 1993, the Brazilian spent his last season at McLaren – the question of Senna’s future team remained open. In the same year, Ayrton turned to the new head of the Scuderia, Jean Todt. According to the Frenchman, Senna expressed a desire to join Ferrari already in 1994, but Todt could not give the Wizard a place in the team for the next season. Yes, the great Senna also heard refusals.

“We already had two contract drivers, Jean Alesi and Gerhard Berger, so we couldn’t accommodate his request. He did not give up, telling me that in Formula 1, contracts mean nothing, but I replied that they (contracts) must be respected. Therefore, we offered him a contract for 1995, but, unfortunately, we know what happened, ”Jean Todt recalled a conversation with Senna. 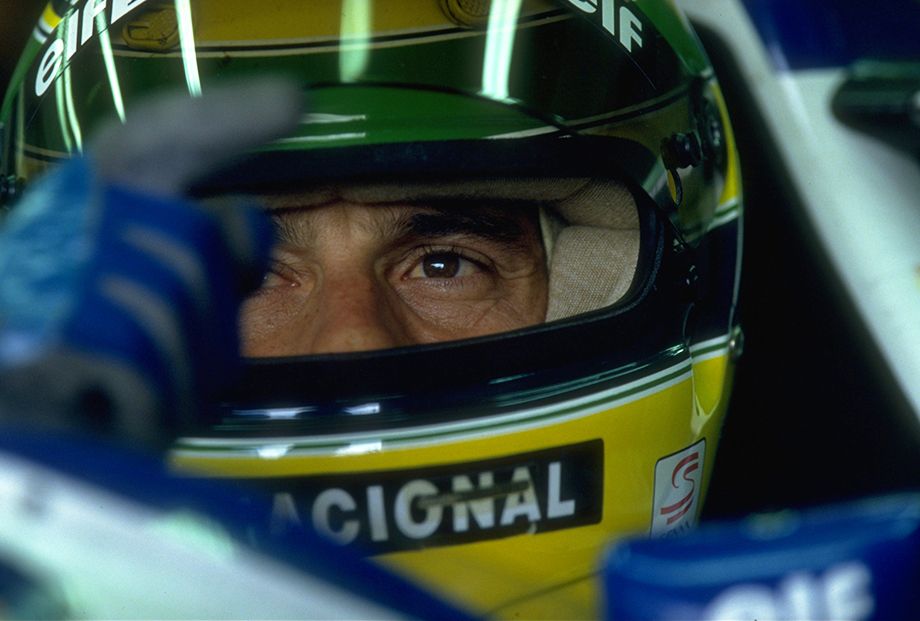 A few days before the tragic San Marino Grand Prix, already a Williams pilot, Ayrton spoke with then-Ferrari president Luca di Montezemolo about a future contract with the Reds. This time it was about an agreement, the effect of which would begin in 1996. Di Montezemolo believes that in the end the parties would be able to agree, but alas …. Racing weekend in Imola was the last in the life of Senna. 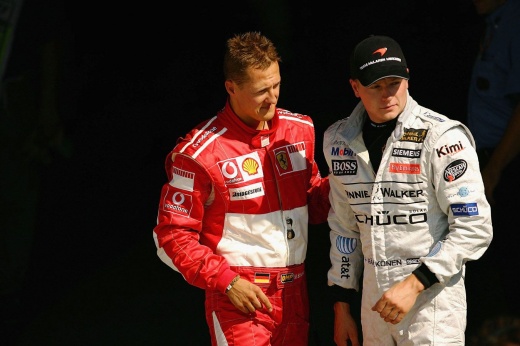 Schumacher – only eighth?! The ranking of the best racers of all time is amazing

After the triumphant 1992 season, Williams was in for a major reshuffle: the team was completely renewing its pilots. Alain Prost took the position of the leader, while it was decided to invite the young Mika Hakkinen, who showed himself excellently in the Lotus, to the place of the second pilot. Frank Williams was determined to sign a talented Finn, but only the head of the Lotus, Peter Collins (not the one who played for Ferrari), did not want to let his pilot go to any.

It would seem, how can Collins prevent the transition of Hakkinen, not having a contract with the Finn for next season? However, the restless boss of the Lotus succeeded. The fact is that the leadership of Williams made a terrible mistake: the team missed the deadline for applying for participation in the 1993 championship. According to the then rules, Williams could take part in the next season only if each of the peloton teams gave their consent. 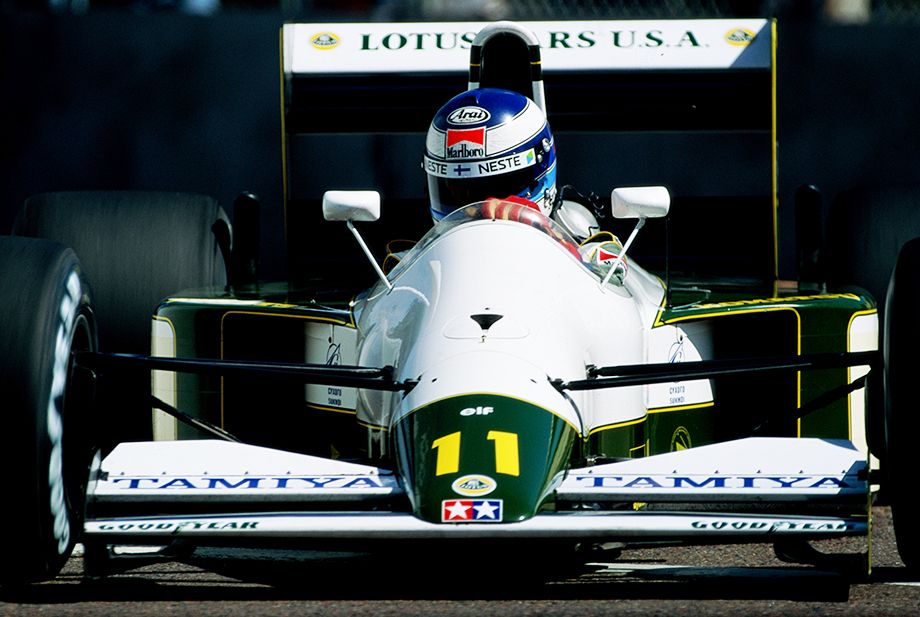 Mika Hakkinen in the 1991 season

And here comes the finest hour of Peter Collins. I think it is not difficult to guess what condition he put forward to Williams: in exchange for the cherished consent, Sir Frank’s team had to abandon their intentions to sign Hakkinen. In such an offensive way, Mika’s transition to Williams fell through. However, the Finnish pilot still did not want to stay in Lotus (I wonder why?). On the eve of Christmas, Hakkinen signed a contract with McLaren: he spent almost the entire next season as a test pilot for the team from Woking.

Interestingly, Mika could still come to Williams: in 2004, the Finn seriously discussed the possibility of replacing Juan Pablo Montoya. The alternative was “BAR”. However, after weighing the pros and cons, Hakkinen decided not to return to F-1 and chose to go to the DTM series. 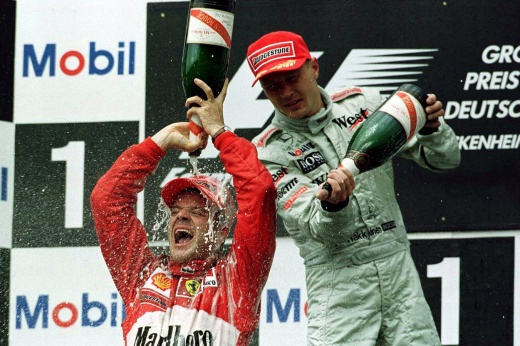 The main sufferers of Formula 1: they have been waiting for their first victory the longest

Michael Schumacher became only the second German driver in the history of Ferrari, but 10 years before his transfer to the Scuderia, another driver from Germany, Stefan Bellof, could join the ranks of the Italian team. From the very beginning of his racing career, Stefan was destined for a great future. He was called either the most talented pilot in Germany since von Trips, or the first German F-1 champion (of course, in the future).

In 1984, Bellof made his debut in the “Royal Races” in the not very competitive “Tyrrell”. Nevertheless, Stefan managed to finish several times in the points area, as well as climb the podium in Monaco. At the end of the season, the Tyrrell pilots lost all their points due to the team’s violation of the technical regulations, but this scandal did not spoil the impression of Bellof: Enzo Ferrari himself became interested in the German pilot.

The Italians were ready to put Stefan in a red car already in 1985, but they failed to terminate the contract with René Arnoux before the start of the championship. The Frenchman left Ferrari after the first stage of the season, which means that Bellof could join the ranks of the Scuderia next year. Unfortunately, Stefan never joined the Italian team: on September 1, 1985, he died in a terrible accident while participating in the Spa 1000 kilometers race. 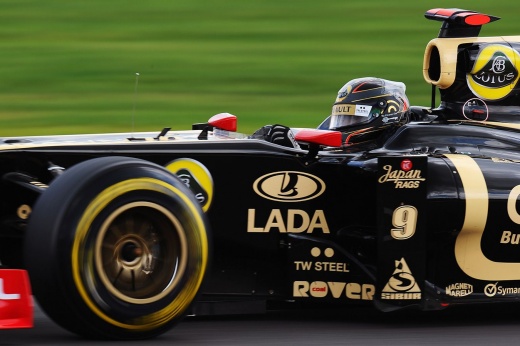 7 best drivers who have never won in Formula 1

In 1967, Jackie Stewart almost made a giant mistake by signing with Ferrari. At that time, the Scot was considered perhaps the main young talent of the peloton, while the Scuderia were going through, to put it mildly, not the easiest times: in the 1967 season, the Italians never managed to win. However, this fact did not particularly frighten Stewart: he was determined to sign a contract with Ferrari. In turn, the Commendatore was ready to satisfy the Scot’s impressive financial demands.

Stewart has almost become a Ferrari pilot, but just one conversation with Jacky Ickx turned everything upside down: the Belgian told Jackie about the contract offered to him by Ferrari. Perhaps in this way the Italians tried to curtail Stewart’s appetites, or perhaps they really considered Ickx as an alternative to the Scot. Be that as it may, this fact infuriated Stewart: he immediately terminated the deal with Ferrari, and a little later he joined Matra (the future Tyrrell), a team with which he would win three championship titles.

Let’s make a reservation that, in theory, the Scot could take his own with the Scuderia: in 1970, X became the vice world champion. And yet it is clear that three years earlier, Jackie did not lose. 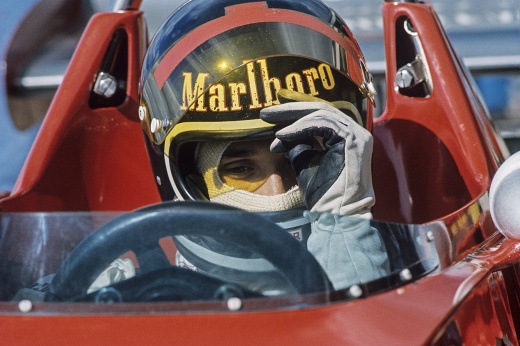 The only driver in the history of F-1, who was glad to lose the title. And he also drove a Lada