Home News Akinfeev was named the best goalkeeper of the season in the Russian... 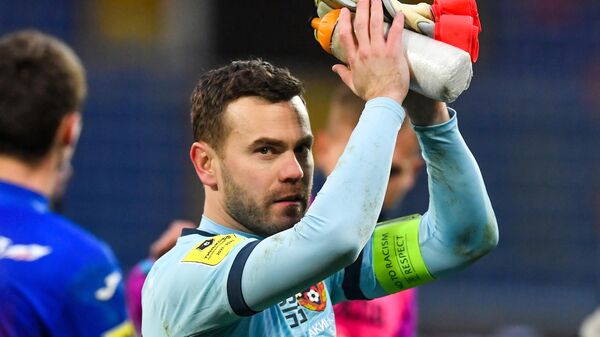 MOSCOW, June 16 – The captain of CSKA Moscow, Igor Akinfeev, was named the best goalkeeper of the season, according to the Telegram channel of the Russian Premier League (RPL).
Last season, the goalkeeper played 29 matches in the RPL, conceding 28 goals. In 13 meetings, he played to zero.
In the course of the season, Akinfeev broke the Russian Championship record for matches played, by the end of the season their number reached 514.
Earlier, CSKA fans recognized the 36-year-old goalkeeper as the team’s best player in the 2021/22 season.
At the end of May, Akinfeev signed a new contract with the army club. The term of the agreement is calculated until the end of the 2023/24 season. As part of CSKA, he became a six-time Russian champion, won six Russian Cups, seven Russian Super Cups and won the UEFA Cup. He is a 10-time winner of the Lev Yashin Goalkeeper of the Year award, which was awarded by Ogonyok magazine to the best goalkeeper of the season.