Alexander Kerzhakov is humanly sorry. Probably, the coach understood from mid-May that he would not be offered a new contract, but continued to answer calls and report current news. True, they have not changed. For several weeks, he and his staff waited for a conversation with the leadership, which never took place. Galaktionov was appointed to Pari NN and announced a new strategy. In short, to get rid of the older players who pulled the team to 11th place, and play with the youth. Allegedly, the new coach fits this mission much better.

The first strange moment: after all, Kerzhakov worked with the Russian national team under 17 for two years. Now these guys are 20-22. So he knows this generation better than others. But for the leadership, this argument seemed not the most important.

Here are the words of the general director of the club, Ravil Izmailov, from an interview with SE:

“Thinking about how to take a qualitative step forward, we understood that changes were needed. And above all, in the concept of attracting young players, building a team, making changes in working with it, which would allow us to go through the whole season without disruption and feel confident in its ending. Yes, Galaktinov is a young specialist, but he already has experience of working at the European level together with the Russian youth team. At one time, he did an internship at Ajax, PSV, Feyenoord, Lance, closely follows everything that happens in world football, studies everything new in the development of the game. He strives to apply all this in his work,” he said. 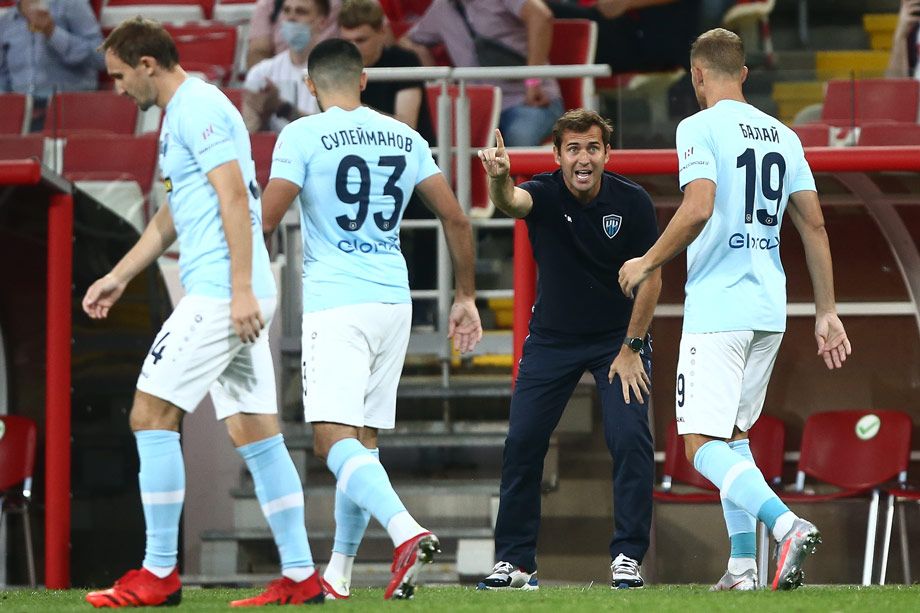 Yes, Galaktionov has information about the current state of youth. But let’s be honest: 90 percent of these players play in strong RPL teams. Many are at or close to the base. And they are unlikely to want to go to Nizhny Novgorod, albeit to a good coach.

The second detail is that the leader focuses on internships. Yes, Ajax, PSV are cool. Mikhail is a really valuable option in terms of educational background. But the same Kerzhakov, at the end of his career, went on internships at Sevilla and even Real Madrid. And there are probably enough specialists in his environment who are able to tell in detail about the methods of work in Dutch clubs. So this advantage is also conditional.

All this does not mean that Pari NN is making a huge mistake by changing Kerzhakov to Galaktionov. Perhaps even the opposite. According to rumors, the role of Alexander as a coach is exaggerated. But he has assembled a strong staff that is capable of solving problems. We also talked about the difficult relationship of the coach with the management and directly with the team – also an important detail. Allegedly, not all players were delighted with working with him. But then why not say it straight out instead of making up weird arguments that just look ridiculous?

The reaction of Kerzhakov himself to the words of the leadership is also wonderful: “Does the reason surprise me? Let me answer this way: no one told me about the concept of developing the club, including attracting young players and building a team.”

That is, the continuation of cooperation was not initially considered. By the way, the composition of Pari NN last season was definitely not the oldest. The average age of all players is 26.2 years. This is lower than that of Akhmat, Ufa, Arsenal, Zenit and Sochi. Yes, Kerzhakov was mainly engaged in recruiting. But it would be naive of him to invite young people to the first season of the club at an adult level.

Obviously, the final argument for a new coach was the conclusion of a contract with a new sponsor and, as a result, a name change. It’s no secret that part of the club’s income came with Kerzhakov. Now they are being replaced. And they are already working independently.

“The financial condition of the club? More confident than a year ago, Izmailov said in the same interview. – It happened thanks to a partnership with a sponsor who, like us, is interested in the club growing, developing and moving forward. And cooperation with him will make it possible not to shift our material problems onto the shoulders of the fans and the regional budget.”

Russia was expected to triumph 10 years ago. What do you remember about Euro 2012? Test

But if Galaktionov suddenly doesn’t work, they will probably remember about Kerzhakov and his headquarters. True, Alexander himself may already be busy by that time. Persistently they say, for example, about the interest in him from the FNL. One way or another, the most scandalous departure of the off-season in the RPL seems to have already happened.