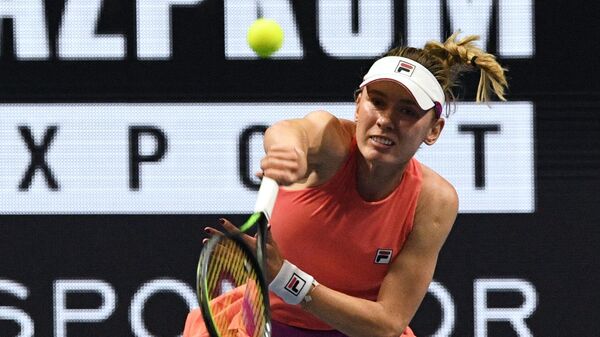 MOSCOW, May 10 – Russian Ekaterina Alexandrova has reached the second round of the WTA 1000 tennis tournament in Rome, the prize fund of which exceeds $2.8 million.
Alexandrova defeated American Sloan Stevens in the first round with a score of 6:1, 6:2. The match lasted 51 minutes.
The next opponent of Alexandrova will be the fourth racket of the tournament Greek Maria Sakkari.