Home News All insiders are nonsense. Why you can not believe the rumors... 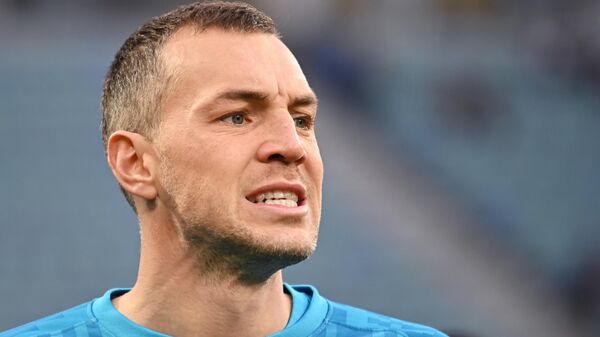 All insiders are nonsense. Why you can not believe the rumors about the future of Dziuba

The Sport correspondent on the agency’s blog analyzes the latest news about the possible departure of the hero of the 2018 World Cup from Zenit.
Only on Thursday evening, Russian sports and not very sports media issued two mutually exclusive insiders about the future of Artem Dzyuba at Zenit. One respected author wrote that the striker “most likely” will remain in the St. Petersburg club, and even with a pay cut. Another equally respected publication reported that the striker does not want to stay at Zenit and already has a “number of interesting offers” from the RPL and Europe.
You can stock up on popcorn and get comfortable in your chairs – there will be very, very much more such news.

Fight for the Euro

To begin with, it is worth reiterating the situation that has developed between Dzyuba and Zenit. In the summer of 2022, the striker signed a contract with a club with a solid salary (according to media reports, about 4 million euros) and a 2 + 1 scheme. That is, two years – iron, the third – optional. Nobody from the Zenit management announced the conditions for activating the option, but, according to unofficial data, Dziuba had to play at least 70% of the time in the 2021/22 season in order to achieve auto-renewal with salary. However, after the arrival of Claudinho, Sergei Semak defeated a couple of forwards Dziuba – Azmun, and it was the Iranian who played more often. In winter, Serdar left Zenit, but Ivan Sergeev and Yuri Alberto came to replace him, who in the spring became a shock tandem in the attack of the blue-white-blues. Dzyuba often came on as a substitute, and as a result, long before the finish of the championship, it became clear that he could not score 70% of the time.
The general director of Zenit, Alexander Medvedev, did not rule out that the Petersburgers would offer Dzyuba to extend the contract even if the auto-renewal conditions were not met. But it is obvious that the salary of the forward in this case should change downwards. The striker will turn 34 at the end of August, he is playing an ever smaller role in the success of Zenit, and the general economic situation suggests that 4 million euros is too much salary for a player in the RPL.
The main task of the club now is to try to keep Dziuba, but save as much as possible on his salary and discuss the moment that in the new reality Artem is more of a respected veteran who can strengthen the game from the reserve than an iron base football player.
Dziuba’s task is to lose as little as possible financially, and, if possible, also maintain the position of the leader in the game.
Therefore, mutually exclusive rumors arise – a poker game has begun between Dziuba and Zenit, and each of the contracting parties needs to convince the other that she has the strongest cards in her hands. Zenith has the best salary of all possible at the moment, and Dziuba has a lot of “interesting offers”. Including from Europe.

Where will Dziuba go?

In fact, the position of “Zenith” in this game is very strong. Even with a serious decrease, Petersburgers will still offer Dziuba such a salary that almost no one in Russia will give.
How many RPL clubs are now able to pay a conditional one million euros to a 34-year-old player? We immediately discard Ufa and Arsenal, which are relegated, and a possible change from the FNL. Ural, Khimki, Nizhny Novgorod, Rostov (also with Valery Karpin, who has a difficult relationship with Dzyuba), Wings of the Soviets and, probably, Krasnodar disappear for financial reasons.
The offer from Spartak now looks like pure fantasy, Dziuba himself is unlikely to want to join Akhmat. In Lokomotiv they are betting on the young, in CSKA, according to rumors, they intend to pay solid sums for a full buyout of Yusuf Yazici, Jorge Carrascal and Jesus Medina, Dynamo have Fedor Smolov and Konstantin Tyukavin in attack. All that remains is Sochi, which obviously has the funds, and Mateo Cassierra may well move to Europe in the summer – he was too good this season. It was at Fisht that Dzyuba delivered his famous speech in the quarter-finals of the 2018 World Cup – this fact will be a gift for the media service of the southern club.
It turns out that in Russia, Zenit has only one real competitor in the fight for signing a contract with Dziuba. True, good relations have long been established between the leaders of the St. Petersburg and Black Sea clubs, and this is not the best news for Artem. Bluffing, using the interest of Sochi, is unlikely to succeed. In “Zenith” at any moment they can make a “call to a friend” and find out if they really want to see Dzyuba on “Fisht” or is it just a game of agents for a pay increase.
This is probably why in that very insider there were words about interest from Europe, but now it looks like a clear exaggeration. The times when Dzyuba was interested in Tottenham are irrevocably gone. Yes, they may be invited to finish playing in Turkey (not the fact that in a grand like “Fenerbahce” or “Galatasaray”), they may be invited to Cyprus. Stanislav Cherchesov can organize an option with Ferencváros.
But the information about the interest of Red Star Stars, despite confirmation from the club’s management, looks at least funny. Now it is difficult to imagine Dzyuba in far from the strongest and not the richest Serbian championship. Even the prospect of playing in the Champions League does not improve the situation. Firstly, “Crvena Zvezda” has not yet secured a place in the main European tournament, and secondly, the Serbian champion will have to break into the group through a by no means simple qualification.
This is where the list of possible options ends. And the list of questions begins. Will they give more money in Turkey than in Zenith? Will Dziuba be interested in playing in the Hungarian Championship? It seems that we will not see the renaissance of the 34-year-old Dziuba in Europe.
It is logical to assume that this coin has only two sides – one says “Zenith”, and the other – “Sochi”.
The opinion of the author may not coincide with the position of the editors.