Home News "Amur" signed a contract with the winner of the Gagarin Cup Rafael... 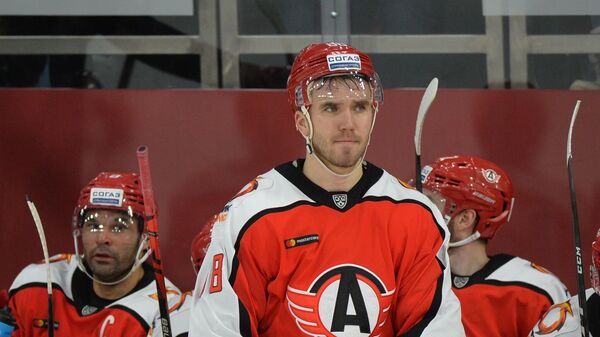 MOSCOW, June 20 – Amur Khabarovsk has signed a one-season contract with defenseman Rafael Batyrshin, according to the Kontinental Hockey League (KHL) club’s Telegram channel.
“One of our goals in the selection campaign was to find an experienced player who could become a leader in the dressing room, a conductor of ideas for the coaching staff and an assistant in the development of young players. We chose Rafael Batyrshin – he has two Gagarin Cups, 13 seasons in his track record in the Super League and the KHL. Now he is in good physical shape and very motivated,” said Vadim Pokotilo, Amur general manager.
Batyrshin is 35 years old, he won the Gagarin Cup with Metallurg and Ak Bars, also played for Vityaz, Sibir, Atlant, Avtomobilist and Sochi. In total, the defender played 557 games in the KHL, in which he scored 97 (30+67) points with a usefulness index of “+30”.