Home News AT "Spartacus" spoke about the progress of the restoration of the defender... 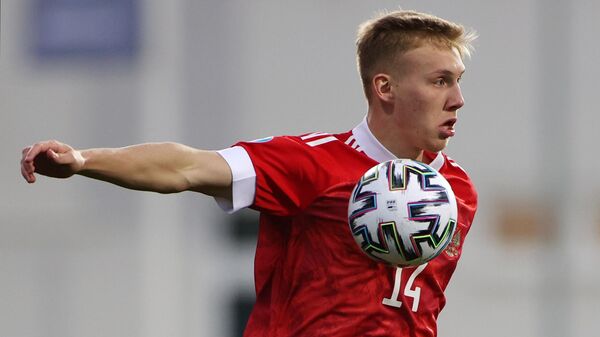 MOSCOW, May 12 – Spartak Moscow football player Pavel Maslov, who has not yet played a single match this season due to injury, has begun the final stage of rehabilitation, according to a statement from the press service of the capital club.
“Pavel Maslov has begun the final stage of rehabilitation. The defender is already conducting full-fledged training with the team. The decision on the timing of his return to the field will be made by the coaching staff,” the message says.
The defender underwent surgery to treat tendon injuries of the quadriceps femoris in late August. The 22-year-old has not played a single match this season.
Maslov has been playing for the main team of Spartak since the 2019/20 season and has played 39 matches for the red-and-whites.