Barcelona is incorrigible. Refuses top transfer even for free 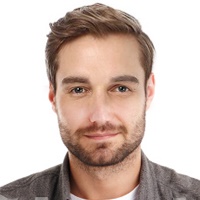 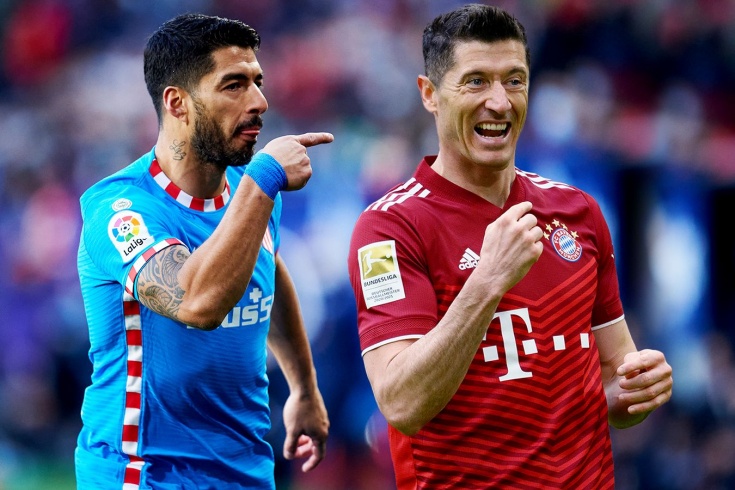 Luis Suarez is ready to return to Catalonia on favorable terms. Instead, the club prefers to chase hard-to-reach targets.

Barcelona secured second place in La Liga for the 2021/2022 season ahead of schedule. The home game of the 38th round with Villarreal will become a formality for Xavi’s team. In general, the season for the Catalans can not be called successful. Real Madrid became the champion of Spain by a wide margin from Barca. In the Champions League group, the Blaugrana took third place, flew out to the Europa League and lost to the underdog Eintracht in the 1/4 finals.

It is obvious that Barcelona must change in the offseason. Already, a lot of transfer rumors are circulating around the team. The main problem of the Catalans is limited financial resources. 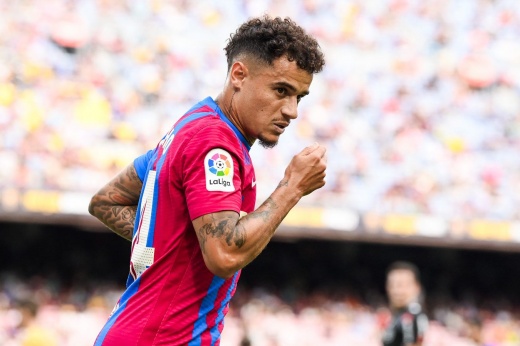 Do you have to leave Barça to play well? Coutinho is not the only example

“Let the management and the technical secretariat work. I don’t want to answer in detail. We are working to become more competitive, but it is not easy given our financial situation. We are working to improve the economy of the club. After that, we will be able to carry out transactions. I hope I can say that after a year of our work, we have improved the situation. If we can improve the financial situation, all the transfers that we think about will be carried out, ”this is what club president Joan Laporta said when asked about the possibility of a transfer for Bayern striker Robert Lewandowski.

Lewandowski is indeed most often associated with a transfer to Barcelona. According to rumors, the 33-year-old Pole agreed with the Blaugrana a contract until 2025. Now Barca will try to negotiate with Bayern. Robert is committed to the German club until 30 June 2023. So far, there have been no signals from the Bayern camp about the intention to part with the striker, but rather the opposite. Bayern President Herbert Hainer recently said that Lewandowski will fully work out the agreement with the club, after which he can leave for free.

In this situation, the desire of the Pole himself and the compensation that Barcelona are able to pay are of no small importance. Robert is not opposed to moving to Barça, even taking a salary cut from €22m to €16m. Lewandowski is ready to turn down more generous offers from Chelsea and PSG. But there is a problem with the second aspect. According to Mundo Deportivo, the Blaugrana management has set the maximum compensation threshold for Robert at € 35 million. It is not a fact that Bayern will be satisfied with this amount. 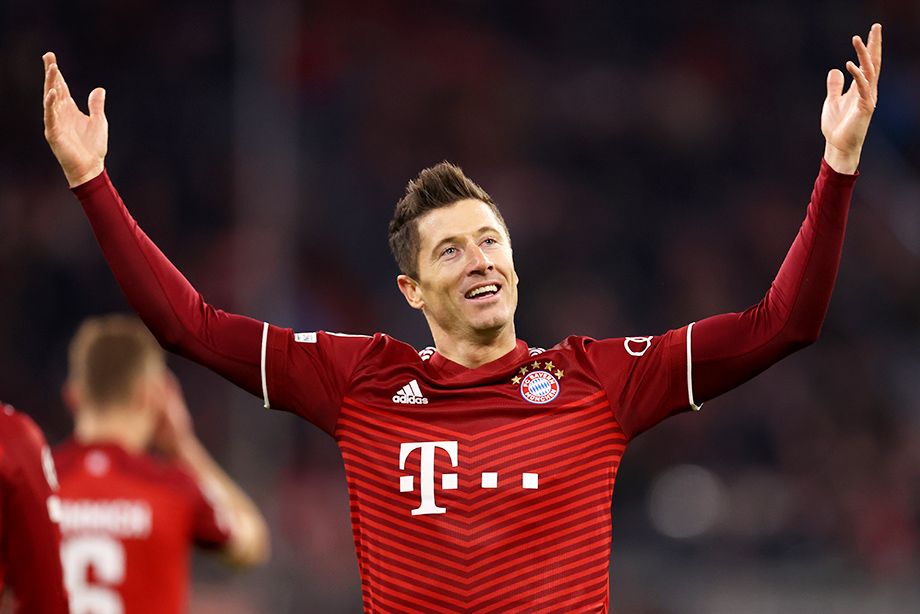 What other options are there?

Perhaps the ceiling will rise if Barcelona sell their players profitably. Frenkie de Jong is expected to receive at least €50 million from Manchester United. In addition, Barça are ready to consider proposals for almost all of their players, with the exception of the “untouchables”, which include Eric Garcia, Ronald Araujo, Pedri, Gavi, Ferran Torres and Ansu Fati.

Barcelona’s options are limited right now. Valencia offered Laporte to buy José Gaia and Carlos Soler. The president refused due to economic problems at the club. It is unlikely that the global situation will change for the better. The desire to sign Lewandowski is logical, but difficult to implement in practice. A fallback with Alvaro Morata, which could be part of a deal with Atlético to buy Antoine Griezmann, is also an ambiguous idea. Moreover, the Madrid club is generally considering the possibility of refusing to extend Griezmann’s lease for a second year.

In general, in the current situation, Barcelona is certainly not up to bust. If there is an opportunity to sign a big name relatively inexpensively, you need to take it. However, the Catalans refuse to do so. Striker Luis Suarez officially said goodbye to Atlético last weekend. He will become a free agent in the summer. The Uruguayan discussed a return to Barcelona with Laporta during the winter transfer window. However, the Blaugrana does not consider the option of returning. Barça believes that Suarez’s stage at the club is over. The 35-year-old striker wants to spend at least another season in Europe. Particularly motivated to do it at Barcelona. I’m even willing to take a big pay cut. 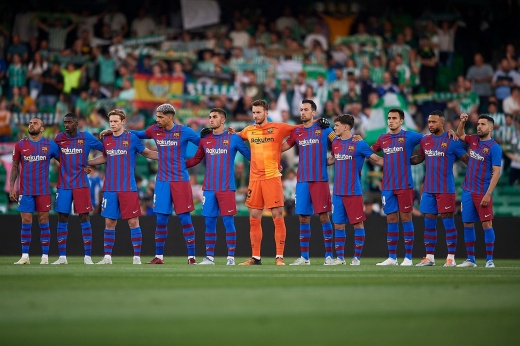 “Barcelona” brings only problems. The position of the club is a real disaster

Luiz played for Barcelona from 2014 to 2020 and won 13 trophies with the team. An iconic person for the organization. The Uruguayan has made 42 appearances for Atlético this season and scored 13 goals. Yes, this is not Lewandowski with 50 goals in 46 games, but still the top transfer for the current Barca. Especially considering it’s free. This signing would not prevent the team from pursuing other goals in the market. Suarez is definitely ready not only to take a pay cut, but also to accept a limited role in the team, where he will have to compete with Pierre-Emerick Aubameyang and possibly Lewandowski. Certainly such a performer would not be superfluous, taking into account his experience and the generally positive history of his stay at Barca. 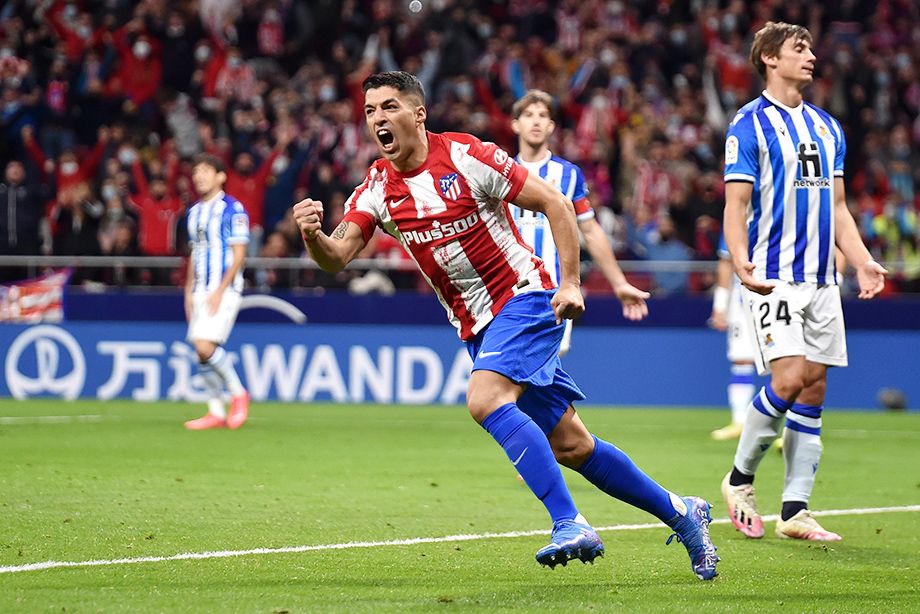 The actions of the management of Barcelona are subject to careful analysis following the results of the summer off-season. Perhaps the club will finally make smart moves that will cause admiration of the football community. However, there is a high probability that Barça are simply incorrigible. The refusal to return Suarez on favorable terms hints that the leadership is still able to do a lot of stupid things and slow down the exit to the former dominant level.