Home News Bencic passed two Russians on the way to the final of the... 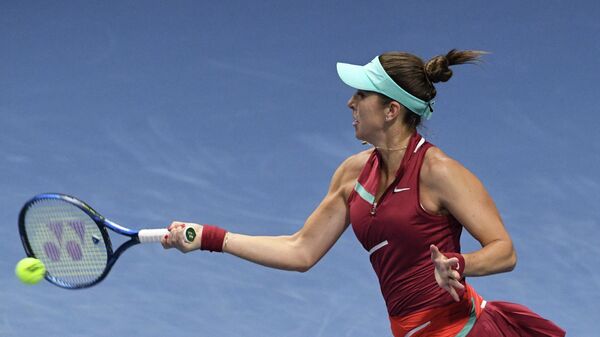 MOSCOW, June 18 – The representative of Switzerland Belinda Bencic beat the Greek Maria Sakkari in the semifinal match of the tennis tournament in Berlin, the prize fund of which exceeds 610 thousand euros.
Seeded under the eighth number Bencic beat Sakkari (2nd seed) with a score of 6:7 (6:8), 6:4, 6:4 in favor. The meeting lasted 3 hours and 7 minutes.
In the final, Bencic will meet the winner of the match between the first racket of the tournament, Ons Jaber (Tunisia) and Corey Gauff (USA, 7).
In the quarter-finals, Bencic beat the quarter-finalist of the last Roland Garros Veronika Kudermetova in three games, and in the second round it took her the same number of sets to defeat another Russian woman, Anna Kalinska.