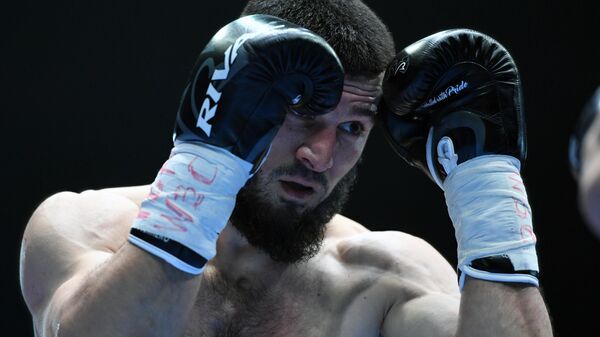 MOSCOW, June 19 – Russian boxer Artur Beterbiev, after defeating American Joe Smith Jr., did not rule out that in the future he could change the weight category, rising to heavyweight.
On the night of June 19, Beterbiev defeated the US representative in the second round ahead of schedule and successfully unified the light heavyweight belts of the World Boxing Council (WBC), the International Boxing Federation (IBF) and the World Boxing Organization (WBO). The title of the World Boxing Association (WBA Super) belongs to Russian Dmitry Bivol. Beterbiev, after defeating Smith Jr., said that he wants to fight Bivol for the title of absolute world boxing champion.
“Will I stay at light heavyweight if I become the undisputed world champion? That’s an interesting question. I’ll have to think about it after the fight with Bivol. First I would move up to light heavyweight and then to heavyweight. It will be interesting for me to win new belts.” I hope that my promoter will arrange this,” Beterbiev is quoted as saying by the Seconds Out YouTube channel.