The Chechen Belgian made his opponent look like a clown. The Pole did not know with whom he was dealing 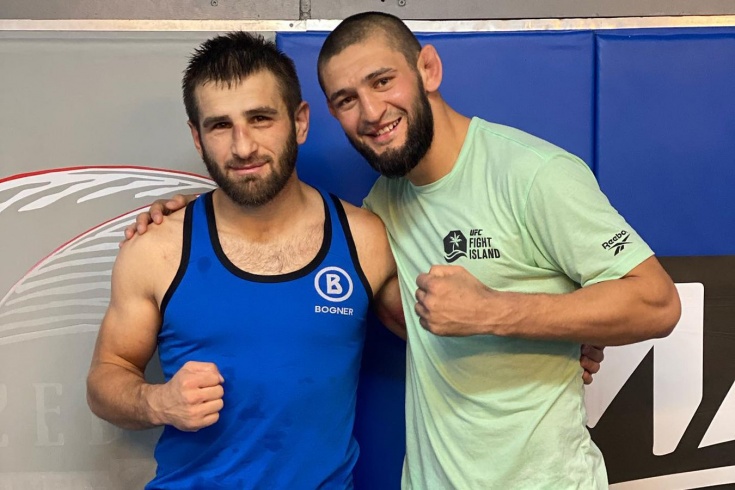 Issa Isakov trained with Chimaev – this was enough to make his opponent a laughing stock.

The Brave CF 58 tournament did not turn out to be rich in early fights, but one finish at the event in South Korea is worthy of attention. Chechen fighter from Belgium Issa Isakov won the seventh victory in his career, having beaten the Pole Matsey Girzhevsky already in the first round.

Before the fight, Girzewski boasted of his advanced grappling. “In the past two years, my grappling improvement has been on a new level. If someone gives me a takedown, it will be a great success for my opponent. But it’s one thing to get a takedown and another thing to keep me on the ground, which is impossible. I am too strong and good for this,” the Pole boasted in an interview with the Conviron Altatis YouTube channel.

After the next pre-fight interview with Girzhevsky, you can safely go and bet against his forecast – everything happened exactly the opposite. In the middle of the first round, Isakov threw his opponent over the hip, and then, instead of seeking a full-mount position, went to the crucifix. While the Pole dangled helplessly with his legs, Issa methodically worked his head with his elbow. It was extremely difficult to defend in this position, and the Chechen Belgian took a fairly comfortable position – the opponent could not throw him off, so the referee could not stand it and stopped the fight.

Isakov spent a little more than a minute on the takedown, crucifixion and finish – how ridiculous Girzhevsky’s words about the legendary grappling sound after the fact! Apparently, the man was not notified that Isakov’s fight was tested by training camps with Khamzat Chimaev and Guram Kutateladze in the All Stars hall in Stockholm.