Last year, the Canadians surprised everyone with a team that was spat on before the start of the tournament, which lost three matches at the start and could have missed the playoffs if Germany and Latvia decided to sign a deal in the last group stage match. However, only a few months have passed, and many members of this team began to play a solid role in the NHL – Brandon Hagel and Nick Paul became the mainstay of the new Tampa third line, Andrew Manjapane became one of the Calgary Jokers in the regular season, Michael Bunting is a favorite of Calder Trophy. 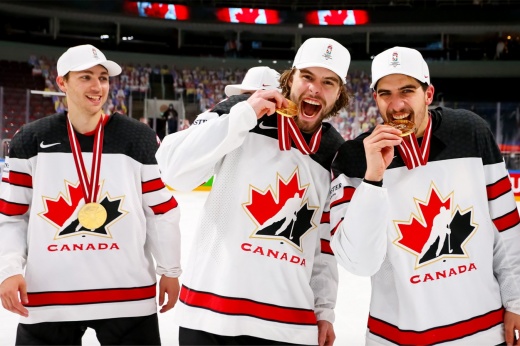 How the winners of the 2021 World Cup play in the NHL. Then they wrote that our team was beaten by students

There are many more familiar faces in this year’s team, but the general concept of Hockey Canada has not changed in recent years: the backbone of the team is the best young players under 25 years old. Depending on the vision of the coaching staff and management, the details of the package may change, but the strategy itself remains the same. For example, Claude Julien’s aggressive coaching style is tangible in this year’s team, with an average team height of 189.2 cm, the tallest Canada in history. And now to the details.

A year ago, many journalists included Chris Dredger in the potential lists of the Beijing Olympic team. The rise of the goalie was fantastic: in one year, he broke through from the ECHL to the place of the de facto main keeper of Florida. It was a period of monstrous gaming problems for Bobrovsky, Dredger was taken out of the farm simply because of hopelessness – and suddenly the bet played.

Dredger only made 35 appearances in two seasons, but for some, that was enough to paint Chris as the country’s newest goalkeeping hope. Seattle, who selected him in the expansion draft, immediately turned out a pretty solid salary of $ 3.5 million a year. The Kraken have become one of the worst clubs in terms of the difference between the allowed chances and the actual goals conceded, but Philipp Grubauer (-31 goals conceded in excess of xG) is most of the blame for this. Dredger has this figure of -4.95.

The second goaltender is likely to be Vegas’ Logan Thompson. This keeper in many ways repeats the fate of Drijer – he was not even drafted, he played in the ECHL two years ago, but this year, against the backdrop of the club’s goalkeeper problems, he rose to the base and showed statistics better than the more experienced and highly paid Lehner and Brossois. The third will be Tomkins from the Olympic team, who was able to beat Eddie Pasquale in the tournament and, it seems, has already agreed with Dynamo for the next season.

Perhaps Canada could hardly have sent a better brigade to the tournament. Carter Hart is injured, Carey Price missed almost the entire season, and would hardly have gone. Of the goalkeepers with the name, James Reimer is free, who played well in San Jose – but Canadians rarely take 34-year-olds to the World Cup.

There is at least one potential Olympian in this team – Tom Chabot. The young francophone was very unlucky with the team in the NHL – Ottawa has long been controlled by one of the most stingy owners of the league and its restructuring is long and painful. Recently, the general manager of the team said in general: until the club collects a full palace, Ottawa will not spend the salary budget on the ceiling maximum. 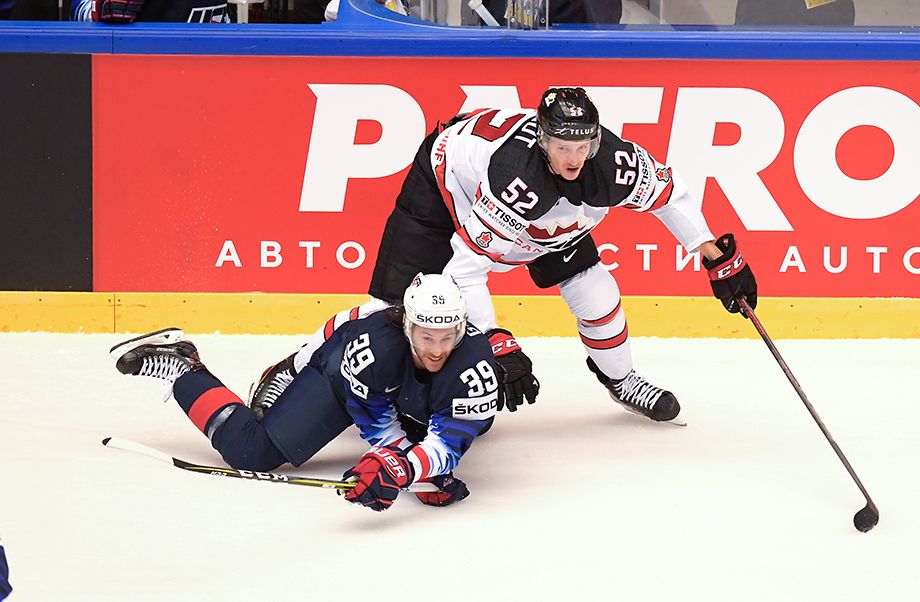 Chabot, despite these problems, has become one of the best shooting guards in the league, playing 26 minutes per game at 23 – and his playing time does not fall after that. It is significant that he missed the end of the season due to injury, and Canadian players are usually scrupulous about even microtraumas when it comes to trips to the World Cup. However, Shabo is ready to play, just recovering from injury, which does him credit.

In addition to Shabo, both Siverson and Sunheim can support the attack in this team. The former seems to have been playing for the Devils for a hundred years, but never reached the near-star level, despite the fact that he had the best year in his career in points scored (46) and added quite well in purely defensive metrics. A man with a name that suits a diabolical team was able to lead the club’s defense after Hamilton’s injury. However, now he is called a contender for the exchange – not because he plays badly – it’s just that Damon may have already reached his peak.

The second even in the weak “Philadelphia” was able to finish the season with a positive indicator of utility. According to The Athletic, no one in the club had a great season, but Sanheim received “4+”. The publication writes about the defender: “Travis is the only player on the team who has had a good season in all respects. He had problems in October, but then his pair with Ristolainen became the only reliable one at the club. 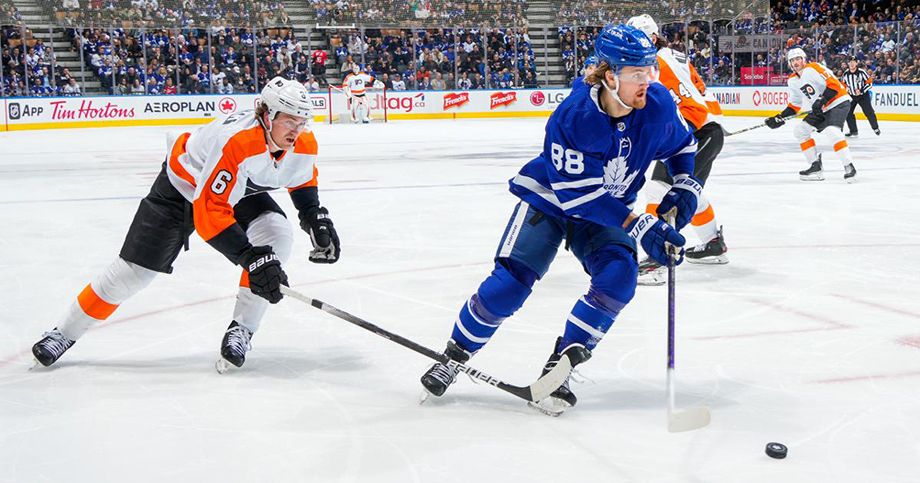 The second half of this defense is tough homebodies, who will organically complement their partners, who often play with the puck. Graves made a name for himself after an outstanding +40 season with Colorado, while Whitecloud, on the other hand, was remembered by many for rather unnecessary strength that led to the loss of a player. The most unknown name on the list is Mayo, who made his NHL debut and somehow brightened up Coyotes matches with his power.

Perhaps someone else will join this seven after the end of the first round, given that 14 forwards have already been announced for this team. Given the current state of affairs and the score in the series, most likely it will be Dante Fabbro or Alexander Carrier from Nashville.

The two main stars of this team played in the same youth team. Before the MFM-2017, Pierre-Luc Dubois and Matt Barzal played enough in one link, but the coaching staff eventually decided to separate them. It is quite possible that now Claude Julien will still create a shock trio, similar to last year’s link of Adam Henrik.

Dubois, the former center of Artemy Panarin, has become the next person to be hit in the head by the invisible vibes of Columbus – you can hardly forget his outright sabotage in one of last season’s games. True, Dubois went from one of the worst markets in the NHL to almost the worst – but, unlike many players who try to never come to play in Manitoba, Pierre-Luc’s father works in the club system (as an assistant to the head coach of the farm club) .

Despite a disappointing season in which much was expected from the resurgent Jets over the summer, PLD is one reason for optimism from fans who felt the coaching staff gave him little time or chance compared to established team leaders like Scheifli. But it’s not a fact that Dubois will stay in Manitoba – he goes to the World Cup without a contract for the new season (which is rare), and at the final press conference of the season he said that he wants to understand where the team is going before signing a long-term agreement. 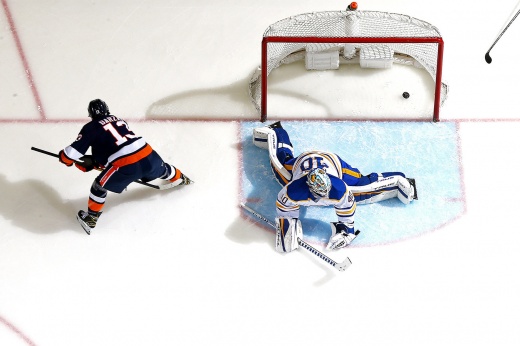 “It’s not even fair!” Barzal’s incomparable puck is a candidate for the NHL Goal of the Year

We seem to know more or less everything about Barzal – the man who took the banner of the first center from the hands of the escaped John Tavares, one of the fastest players in the league, who is constantly sent to the flank of McDavid in Canada’s fantasy squads. This season, Covid hit Isles, and Matthew also suffered injuries, plus forwards in the Barry Trotz system rarely gush with points: 59 points is a good result for such a year. 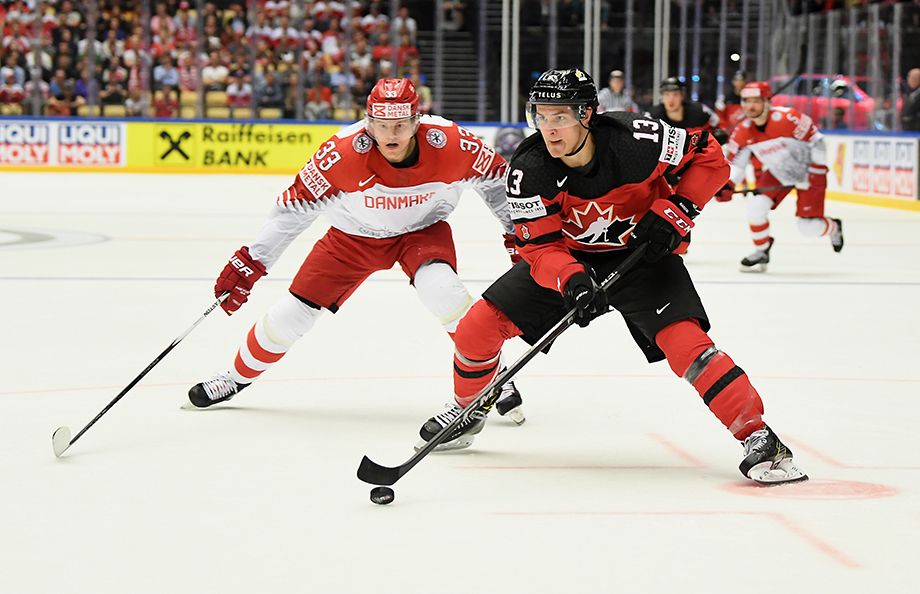 The two stars will have an interesting support group. In the first category are newcomers – Mercer, Sillinger and Cozens, who is playing his second season in the league. Sillinger in Ohio, unexpectedly for many, was trusted immediately after the draft – as a result, the 18-year-old center spent a full season in the NHL, immediately goes to the national team, skipping the youth team. Cozens has been lacking consistency at Buffalo yet, but he’s establishing himself as a center for the second line. Mercer, on the other hand, is a rare clean winger for Canada, who spent the first part of the season at the level of one of the favorites at the Calder, scattering other people’s defenders.

It is expected that there will be enough security officials in this team. Josh Anderson received a huge contract after the season with one goal per season, but he is not appreciated for this, but for his electric broom style and ability to get under the skin. What provocative tricks Comtois can do, you probably remember from the MFM – this season, purely in terms of scoring (6 + 10 in 52 matches), the young security official failed and will try to win back in the national team. Finally, Lauri is just a healthy center for the fourth link, the minority and the “point”. 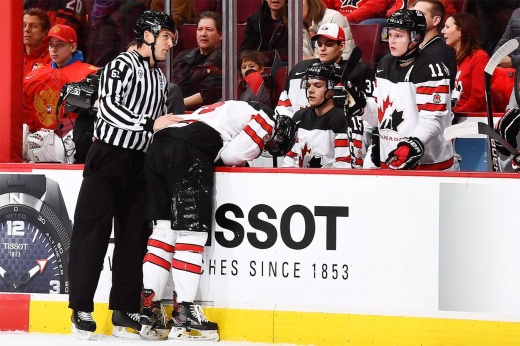 “Men don’t fall like that.” The shameful simulation of the Canadian Comtua, which infuriated the Russians

And, of course, it will be interesting to look at Eric O’Dell. For a year, a bearded Canadian from an injury that Siberia did not need has grown to two national teams at once. Perhaps the coaches and managers appreciated his mind-blowing strength in the match with Germany – Eric became one of two field players in the Olympic squad. The second is the smartest center Kent Johnson, who spent a season in the NCAA, but managed to make his debut at the base of Columbus. 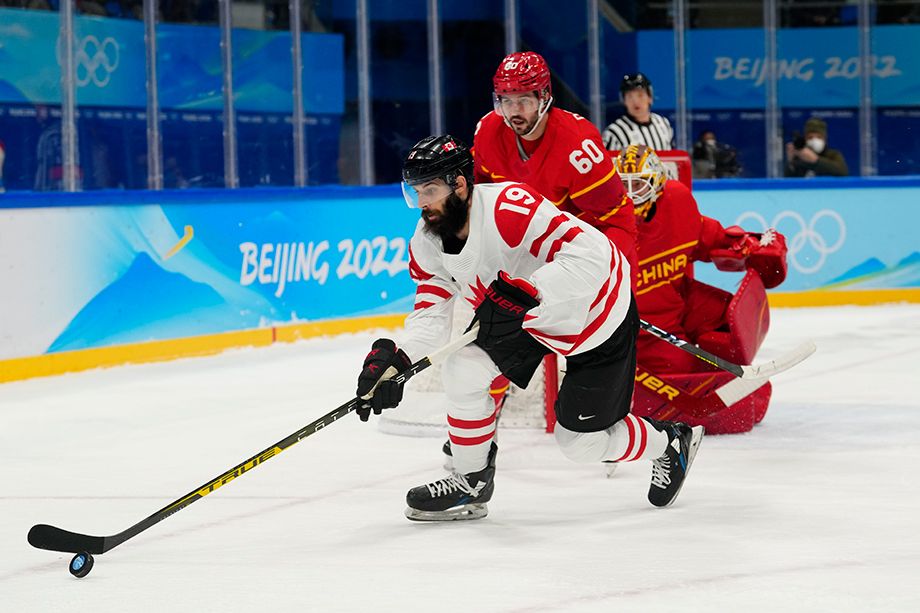 Eric O’Dell at the Beijing Olympics

In general, this Canada, as always, will be an unpleasant, fast, tough team – but if in Beijing Julien was forced to put on a corporate identity with an age composition with a bunch of flaws, then this team is really assembled for him. Perhaps this is not the loudest Canada in terms of names – but it is assembled conceptually, which is usually more important at the World Cup. And these guys are likely to reach the third World Cup final in a row.