McDavid is like Gretzky, Draisaitl has an NHL record! But Edmonton are weaker in a crazy game 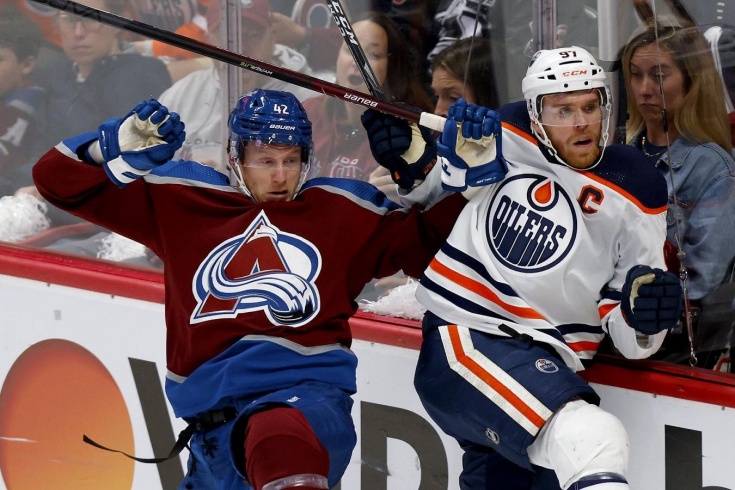 Colorado beat the Oilers 8-6 and took the first step to the Stanley Cup final.

The Western Conference Final of the NHL Playoffs was expected with particular interest. Colorado finally reached this stage, which for three years has been called almost the main favorite for the Stanley Cup, as well as Edmonton, where Connor McDavid managed to reach an even steeper level than before. However, the “avalanches” have their own ingenious Mac – Nathan McKinnon. And this duel of Canadian superstars seemed to many to be the key to the confrontation. 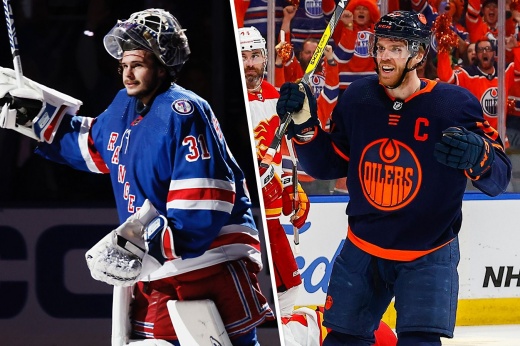 Shesterkin and McDavid make a revolution. Their wins in the NHL semi-finals could change hockey

The first match of the Western final, I think, completely satisfied the hockey fans, who were waiting for a bright, juicy game at the stage where it is customary to close and be careful. Because Colorado and Edmonton, not tempted by cup successes and not having top defense players and goalkeepers, just could arrange a carnival. And so it happened!

Events developed very rapidly, changing the emotions of the teams to diametrically opposed in just a few minutes, and sometimes even seconds. In the 6th minute, Kane ran one-on-one to the Kemper goal and opened the scoring for Edmonton, but 36 seconds later Komfer scored Colorado’s first goal of the series.

Here Makar and McKinnon in the 16th minute opened the entire defense of Edmonton with several movements, and the leader of the attack of the Avalanches brought them forward.

But Zach Hyman, 23 seconds before the break, makes 2:2, allowing McDavid, who took part in the goal attack, to repeat Gretzky’s next achievement.

Locker room goal an advantage for Edmonton? No matter how! Already 9 (!) seconds after Hyman’s goal, Makar returns the advantage of Colorado, flashing Mike Smith with a chic long-range wrist.

And in the 32nd second of the second period, the conqueror of “St. Louis” Nazem Kadri scores the fourth goal of “avalanches”, realizing the majority. This goal did not become victorious, but in many ways it was decisive – the “-2” gap turned out to be unplayable for Edmonton, although the “oilmen” honestly tried.

So, in the 23rd minute, Macleod reduced the gap to a minimum, but almost immediately the Oilers got two new goals in their own net. First, Rantanen scored, and then Komfer, breaking away from McDavid on the spot, scored a double and sent Mike Smith to the bench.

Mikko Koskinen stayed “dry” for 10 minutes – then Andrew Cogliano left the Finn no chance in a smashing counterattack, bringing the score to almost devastating. But Edmonton managed to get back into the game and even put on a great chase! It was headed, of course, by McDavid, who scored his goal in the 37th minute from the transfer of Draisaitl.

And already in the third period, Ryan and Nugent-Hopkins scored. The puck of the latter is a small team masterpiece, which, by the way, allowed Draisaitl to set a new NHL record.

It should be noted that Edmonton cameback already at the moment when Pavel Francouz was playing at the Colorado goal. Kemper lasted only a minute longer than Smith and was replaced due to injury – if the Canadian is seriously injured, then this can be a big problem for the “avalanches” in the series.

Well, Avalanche managed to avoid big problems in a particular match. The score 7:6 lasted until the last minute of normal time, and there Landeskog also reassured everyone with a goal into an empty net.

8-6 to Colorado – this game was in the top 10 in scoring in the history of the playoffs, as well as in the top 3 in scoring for games in the later stages of the Stanley Cup.

And, of course, it was impossible not to draw a parallel with the last round, which Edmonton also began with a defeat in a goal-packed match – then the Oilers lost to Calgary 6: 9. After that, the Oilers won four meetings in a row, so Colorado needs to be on the lookout.