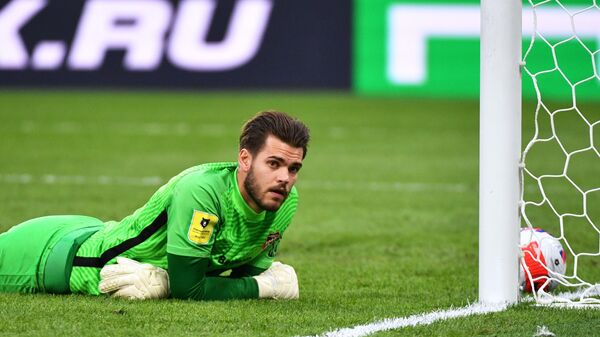 MOSCOW, June 16 – CSKA has extended the agreement with goalkeeper Ilya Pomazun and loaned the player to Ural Yekaterinburg, according to the official Telegram channel of the Moscow club.
The new contract of the 25-year-old goalkeeper with CSKA will be valid until the end of the 2026/27 season. The lease agreement with Ural is for one season and does not include a buyout option.
Pomazun spent half of the 2020/21 season and the 2021/22 season on loan at Ural. In the last championship of Russia, the goalkeeper played 26 matches for Ural, eight of which went to zero. He also played one game in the Russian Cup without conceding a single goal.