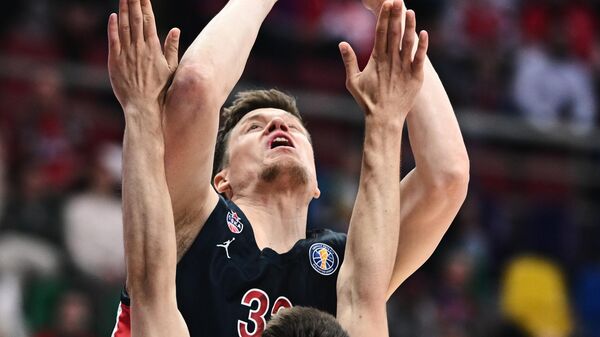 MOSCOW, June 18 – Swedish forward Jonas Jerebko left CSKA at the end of his contract, according to the website of the Moscow basketball club.
He signed a contract in March and resumed his career after a break that lasted from January 2021, when the Swede left Khimki near Moscow.
Yerebko played in 16 VTB United League games last season, averaging 5.6 points and 3.0 rebounds. Prior to that, he played for the National Basketball Association (NBA) clubs Detroit, Boston, Utah and Golden State, in which he reached the final of the tournament.
Also left the army defender Alleric Freeman. The basketball player moved to the capital club on February 1 from the Turkish Bursaspor. He spent 14 meetings for CSKA, in which he averaged 6.3 points.