St. Petersburg machine does not forgive mistakes! SKA punished CSKA for a signature trick in overtime 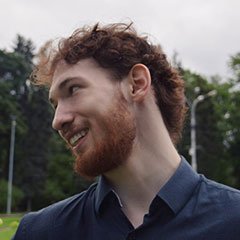 The team of Roman Rotenberg did not play the best match, but fought back with 0:2 against the champion, and in overtime scored the winning goal into an empty net.

The leader of the current championship against the owner of the Gagarin Cup. The main derby of the KHL. Capital battle. What else is needed to understand: the next three hours will be as exciting as possible. 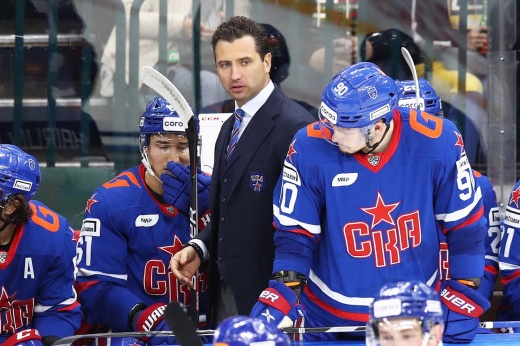 SKA has a philosophy of winners, a well-fed CSKA is disappointing. Big analysis of the start of the KHL season

Perhaps it is worth adding only the state in which the teams approached the face-to-face meeting. SKA suffered only one defeat in 13 matches – and then in a shootout. Dynamo Moscow were able to stop the St. Petersburg team. CSKA, in turn, lost twice in a row, including to Kunlun. The Moscow army team as a whole is not weakly storming the whole new season, the club took only seventh place in the West before the derby. So for them it was a good chance to significantly rehabilitate and pick up points in the treasury of self-confidence.

They made the first shot on goal – about a minute after the starting throw-in. SKA hockey players in their zone made a number of mistakes, failing to give almost a single sensible pass. But saved Dmitry Nikolaev. And in the fourth minute, the players of the Moscow team made a mistake. Plotnikov hit Ozhiganov in a foreign zone, after which Igor unsuccessfully hit his head on the side – so much so that for a long time he could not get up from the ice. After a long video review, the judges decided to remove Plotnikov for only two minutes.

SKA failed to implement the removal. And a few minutes later the payoff came. Mikhail Vorobyov received a small penalty for tripping in a foreign zone – and CSKA took full advantage of this chance. Konstantin Okulov “flashed” Nikolaev with an exact click. Karnaukhov successfully blocked the goalkeeper’s view, and Plotnikov gave the last pass – 1:0.

A minute later, CSKA players almost scored the second goal. After going one-on-one, Nikolaev effectively saved his team, and then Falkovsky prevented the Muscovites from finishing off the puck – at the cost of a two-minute penalty.

The first period, in principle, passed with the advantage of CSKA. The owners of the site attacked dangerously, Nikolaev had to save his team over and over again – and sometimes even work miracles. The SKA players, in turn, seemed uncomposed and even confused. The guests also carried out their dangerous attacks, but they were “strangled” by constant errors in the passes. And if not in transmissions, then in the final phase of the attack. So, out of 23 shots CSKA hit the target 15 times, SKA out of 22 – only nine.

The second period began with a mutually binding game, in which CSKA again excelled a little better. Muscovites carried out several dangerous attacks, and in the 27th minute they were able to break through Nikolaev for the second time. Vorobyov went to rest for delaying the opponent, and at the end of the majority, Nikita Nesterov scored a stunning goal from Okulov’s pass with a powerful throw from the blue line – 2:0. The army team from Moscow agreed to score only after the removal of the 42nd number of SKA.

In the middle of the period, the wards of Sergei Fedorov got another opportunity to play in the majority thanks to Zakhar Bardakov. Muscovites crushed SKA, made a number of dangerous shots, but Nikolaev was on the spot. And then it was time to fight back ourselves, when Prokhor Poltapov went to rest for two minutes. In one of the moments, the Petersburgers could send the puck into an empty net, but Reideborn saved his team.

The Swedish goalkeeper of CSKA explained why he returned to Russia

At the end of the second period, SKA thoroughly crushed the hosts. The team of Roman Rotenberg locked CSKA in their zone and did not let go for a long time. And in the last minute of the game segment, it bore fruit. An accurate throw by Daniil Pylenkov soaked the score and sent the teams into the nervous third period — 2:1!

The third period began with catastrophically powerful pressure from CSKA. Muscovites allowed their opponent to enter the attack zone only in the third minute of the segment, and Nikolaev effectively pulled out a shot from the top nine. However, then SKA seized the initiative and crushed the hosts – Reideborn had to enter the game.

The swing game led to one of the most dangerous moments of the meeting. In the course of an interesting attack, CSKA players could have sent the puck into an empty net, but a bunch of players lying on the patch prevented Nikolaev, who was dragging him, from inflicting a third hole.

And in the 55th minute, SKA unexpectedly and imperceptibly equalized the score. Marat Khairullin threw powerfully, sending the puck into the far nine. At first, it seemed to everyone that the throw hit the crossbar, but after watching the replay, it became clear: there was a goal. Comeback and 2:2!

Overtime began according to the classic scenario: CSKA, having got the puck, replaced the goalkeeper with an additional field player. Having missed the puck, the Muscovites did not allow SKA to send it to the goal. Nikolaev successfully pulled throws a couple of times, once the crossbar came to the rescue. CSKA waited for its moment – but did not wait. Okulov slightly made a mistake at the reception, Maxim Groshev immediately rushed to him like a kite. The SKA forward literally “devoured” his opponent, rushed into the opponent’s zone and hit the empty net with an accurate throw.

As a result, CSKA, which pressed the overwhelming majority of the match, suffered a third defeat in a row. SKA, even with not the most expressive game, continues its victorious pace.