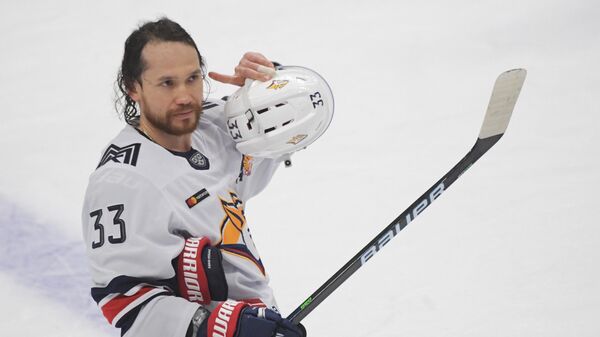 Defender Pashnin signed a contract with SKA until 2024

MOSCOW, May 8 – SKA from St. Petersburg signed a contract with defender Mikhail Pashnin, according to the website of the Kontinental Hockey League (KHL) team.
The agreement with the 32-year-old hockey player is calculated until April 30, 2024. He spent the last two years at Metallurg Magnitogorsk.
Last season, Pashnin scored 11 (1+10) points in 27 games of the regular season, in the playoffs he had one assist in five games. Magnitogorsk reached the finals of the Gagarin Cup, where they lost to CSKA Moscow (3-4).
Pashnin also played for CSKA, Yaroslavl Lokomotiv and Ufa Salavat Yulaev. In total, he played 641 matches in the KHL and scored 96 (19 + 77) points with an overall utility indicator of +129.
SKA also signed a new contract with striker Emil Galimov, the agreement with the 29-year-old player is calculated until April 30, 2026. Galimov moved to SKA in 2020, played 94 matches, scored 41 (17 + 24) points with a +23 utility indicator.