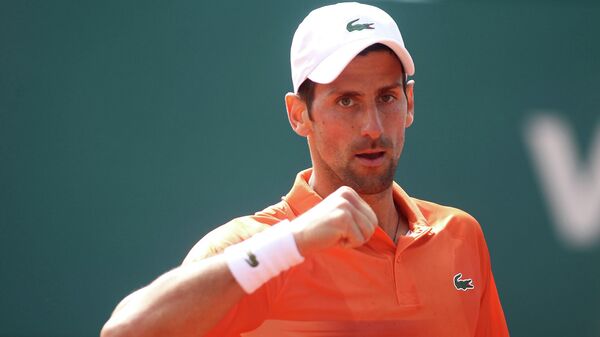 MOSCOW, May 14 – World No. 1 Serb Novak Djokovic reached the semi-finals of the Masters tournament in Rome, the prize fund of which exceeds 5.4 million euros.
In the game of the 1/4 finals, Djokovic defeated the eighth racket of the tournament Canadian Felix Auger-Aliassime with a score of 7:5, 7:6 (7:1). The opponents spent 2 hours and 9 minutes on the court.
The Serbian will compete for the ticket to the final with Norwegian Kasper Ruud, seeded in Rome under the fifth number. The second semi-final pair was made up of the Greek tennis player Stefanos Tsitsipas (4th seed) and the German representative Alexander Zverev (2).