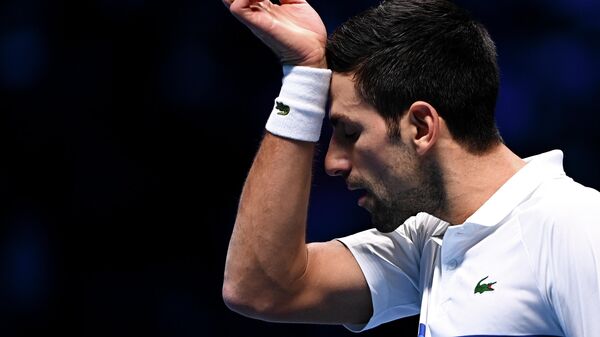 MOSCOW, Jan 14 – Lawyers for world number one Novak Djokovic are exploring legal options to appeal the decision to re-revoke the Serbian tennis player’s Australian visa, journalist Paul Sakkal reports on his Twitter microblog.
On Friday, Australian Immigration Minister Alex Hawke revoked Djokovic’s visa. On appeal, the tennis player’s lawyers want a summary trial with reduced time for written submissions and oral evidence, according to the source. Djokovic’s side is hoping court hearings will wrap up by Sunday.
Djokovic arrived in Australia for the Australian Open World Championship on January 5 and was placed in immigration detention the next day after authorities were not convinced of the reasons for the athlete’s medical exemption from the coronavirus vaccine. Four days later, Djokovic was released from detention by court order, but Minister Hawke retained the right to decide on the second cancellation of the visa. As previously reported, in this case, Djokovic could face a ban on entry to Australia for three years.
Earlier, the organizers of the Australian Open gave Djokovic the first seed. Serb in the first round of the tournament must play against compatriot Miomir Kecmanovic.
Djokovic is a nine-time and current Australian Open winner.