The shocking failure of the Russian Kuvalda. The best photos from the battle-upset Kudryashov 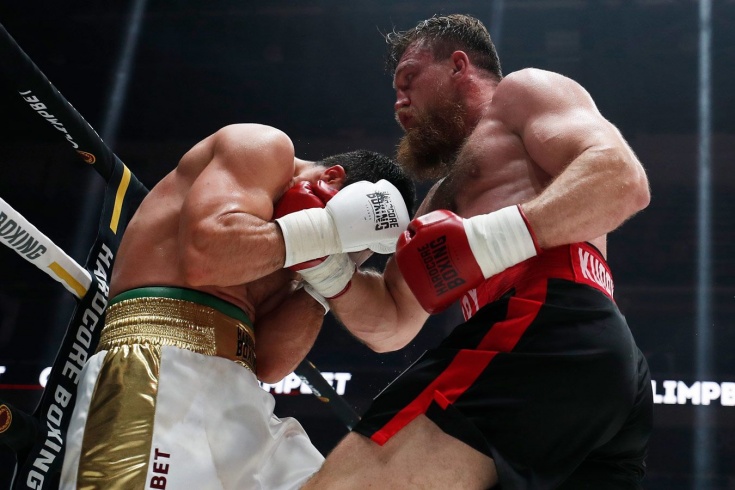 The brightest shots of Dmitry’s defeat from the star of fisticuffs Soslan Asbarov.

The day before, the Hardcore Boxing League tournament was held at the CSKA Arena in Moscow. In the co-main confrontation, one of the coolest Russian boxers of our time, Dmitry Kudryashov, and the star of fisticuffs, Soslan Asbarov, met. The Russian Sledgehammer, as Dmitri was nicknamed in the West, after the defeat from Evgeny Tishchenko decided to quit claiming belts and focus on money fights.

So in June 2022, Dmitry won by knockout over MMA fighter Vagab Vagabov. Yes, not just like that, but at the 45th second of the fight. In the future (approximately – the beginning of 2023), a fight with Vyacheslav Datsik looms in the final of the Pravda Old School Boxing Grand Prix. In the meantime, the Russian Kuvalda has chosen a dangerous and well-trained fist as his rival. Experience and a powerful boxing base spoke for Kudryashov.

On account of Asbarov six fights in fisticuffs, crowned with six victories, four of them were won by knockout. Plus, Soslan has a rich amateur career and the title of international master of sports in boxing. In addition to more than 200 amateur fights, there are also two victories in two professional fights. Fans expected a stubborn and bright confrontation from both opponents.

But it turned out to be an absolutely one-sided beating of a well-deserved veteran. Dmitry can bring only the second round to his asset. Asbarov dominated all the rest. As a result, the judges by unanimous decision gave the victory to the guy who is only trying himself in professional boxing. And Dmitry was not like himself, losing with a clear advantage. We invite you to enjoy the brightest shots of this fight.