Home News Due to what “Tampa” can win the third Stanley Cup in a...

“Yesterday, our team scored eight goals for the best team in the regular season, and today we went to a reception at the White House with President Biden,” this is how any Tampa hockey player could describe the freshest 48 hours of his life. In its epicness, this short story would not be inferior to the legendary “I played video games, and then I won the World Cup” from Andrea Pirlo.

As befits the status of these events, Biden cracked pre-made jokes: “This is a great time to be a fan in Tampa. I don’t know what the hell you have in the water.” The President of the United States had in mind not only the Lightning double – a year ago, the football Buccaneers, the team of the greatest Tom Brady, won the Super Bowl in the NFL. 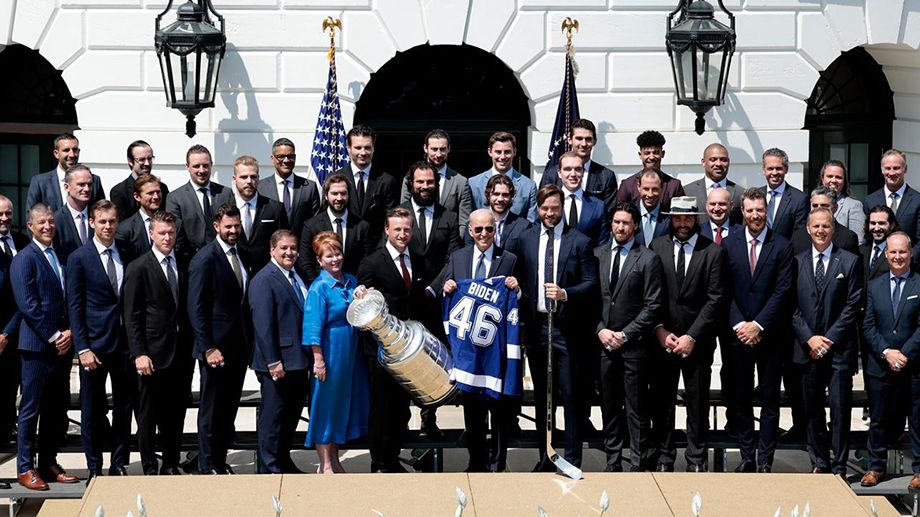 This spring, Tampa Bay may not only bring the Florida city its fourth title in three years, but also enter the newest history of the NHL: the Lightning trip will be the first in the league since the days of the legendary Islanders Al Arbor. Even “Edmonton” Gretzky, despite four titles in five years, did not take three in a row. Despite 56 wins in the 1985-1986 season, that team lost in the second round to Calgary, the players had enough problems with the law, plus there were rumors that five Oilers players were on cocaine.

And in the modern NHL, it has become even more difficult to keep the level after the championships because of the ceiling. For example, Los Angeles, after two titles in three seasons, flew past the playoffs in the spring of 2015, the Chicago dynasty fell apart a couple of years after winning 2015. Championships give not only rings and pleasant emotions – they also give banal physical fatigue, five dozen extra matches in two successful seasons, less time to recover and a successful pre-season. 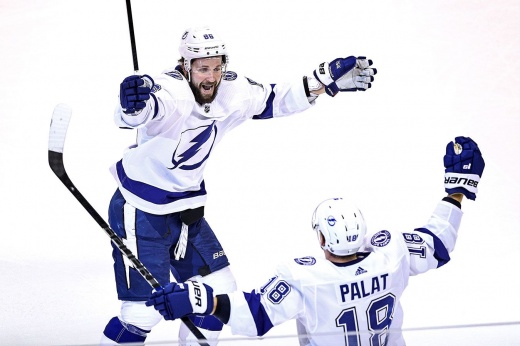 The NHL proposes to introduce a salary cap in the playoffs. It seems that this is the answer to the “Kucherov incident”

Despite problems with the ceiling, Tampa did not lose any of the leaders, but lost the entire third link. The combination of Blake Coleman, Yanni Gourd and Barkley Goodrow was the tightrope between relegation of varying degrees of infamy in the playoffs and two consecutive cups. These guys added to a team that constantly lost because of some nuances in defense or character, toughness, intransigence and the ability to win a face-off at the right time. But they could not keep them in the club – the ceiling is crushing. Even because of the salary cap, one of Kucherov’s first partners on the link, Tyler Johnson, had to be thrown off to Chicago.

However, “Tampa” knows how to survive these losses. Modern Lightning, unlike Toronto, were not built around drafted super forwards and building blocks around them – high picks were invested in Hedman and Vasilevsky, then a scouting system was created that made it possible to discern diamonds like Point or Chamber in the low rounds. 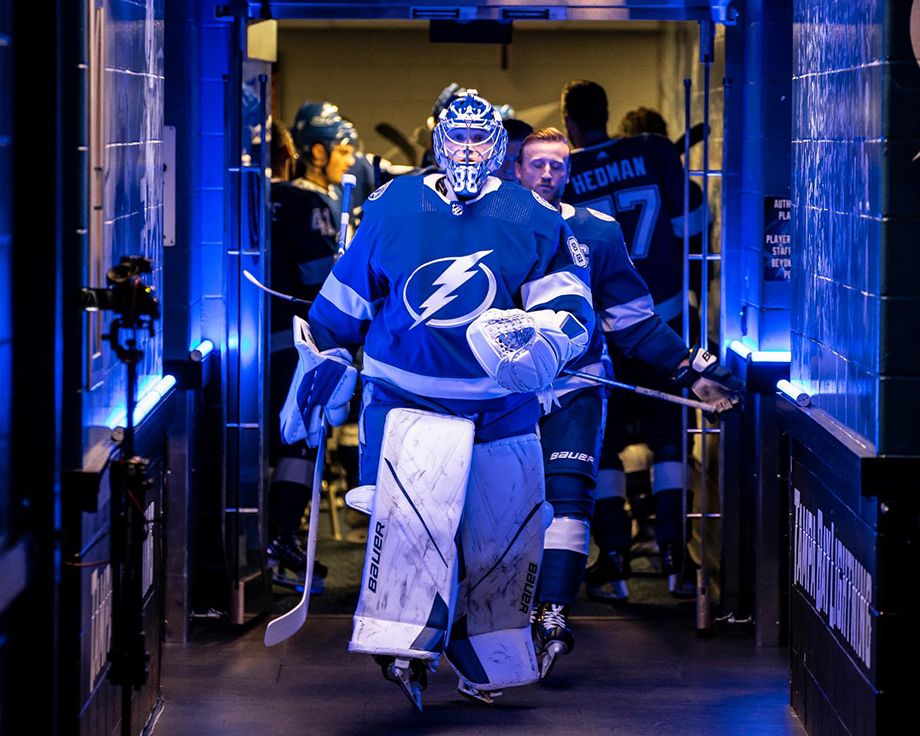 In addition, the “lightning” works great with the development of young players in the farm club – for example, the previously unknown Gurd and Carter Verage became its graduates. Finally, last but not the least, the absence of a state tax in Florida, which was not a key factor in climbing under the ceiling, but in several cases clearly allowed the stars to give up a million, or even two.

So even the loss of one-third of the main forwards should not have greatly interfered with Tampa. The signature style of the club, which retained all the superstars, remained the same: the incredible ease of positional attacks, honed at the same time by hours of training. “Lightning” is the collective Nikita Kucherov, who is engaged in throws in a special area in the garage. Tampa’s craftsmanship is built on mechanicalness, and new parts are quickly built into this design, especially after a run-in at the farm club. 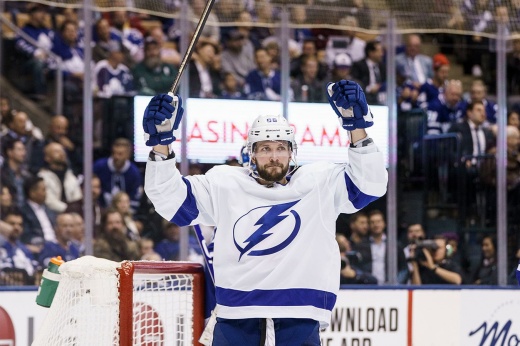 Therefore, the club could go to the playoffs without even adding more or less well-known people to the place of the departed players – and one Vasilevsky in good shape could ensure the cup spring. And in the regular season in the bottom-6 at Tampa, the young guys really skated – but before the playoffs, general manager Julien Brisbois decided that it was time to create the second third superlink in the history of the club.

The costs for Brandan Hagel and Nick Paul were rather big – three young players (all were involved in the base, and Mathieu Joseph even occasionally came out in the first links of the attack), two first-round picks. It’s even cooler than the seemingly overpriced Goodrow and Coleman swaps – but many experts believe it was worth it. One of the Tampa players even said: “Julien showed the balls, as he did with the Coleman trade.”

It’s funny that both reinforcements of “Tampa” played in the Canadian team, which sensationally knocked out Russia and won gold a year ago. Then we asked: “Who are all these people?”, And today most of them go to significant roles in the top clubs in the NHL. TV analyst Eddie Olczyk says of Hagel: “He is a younger version of Coleman. Can play in any combination of forwards, in any role and in the minority too. His style is made for the playoffs, John Cooper will surely appreciate him. In addition, already in the second full season in the league, Hagel swung at 20 goals – this is really an extremely versatile striker. 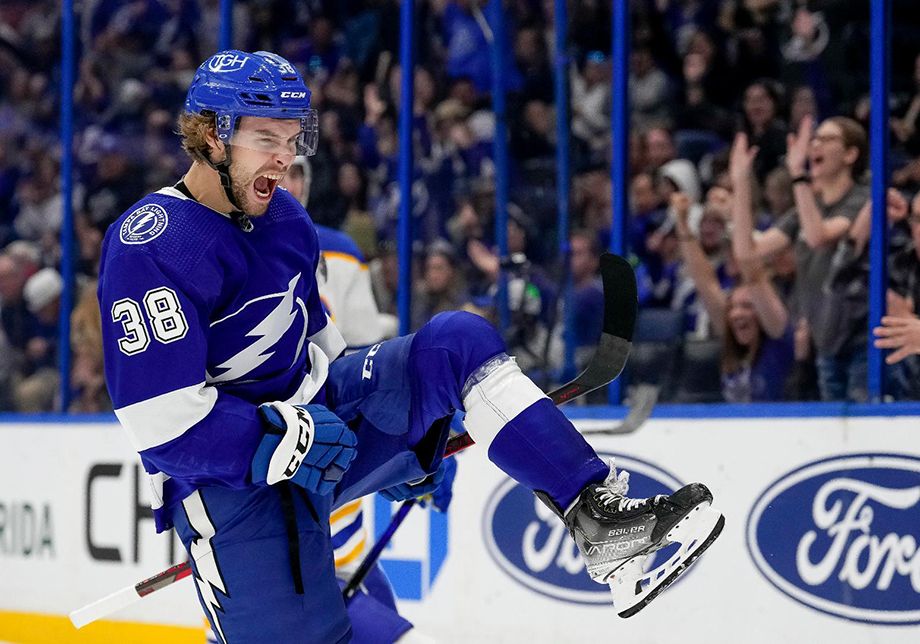 Paul scored a golden goal in the Riga final, and in Ottawa he was traditionally one of the favorites of the fans and the team’s main striker in the minority. Paul has also been described as a locker-room jovial who isn’t shy about playing rough-and-tumble American-style pranks, but that sort of thing helps to lighten the mood, in addition to the benefit of being both hard-working and skilled at the same time.

Paul started his career in Tampa better than Hagel and has already managed to play on the same line with Kucherov. Two newcomers went out on the same line with young Ross Colton, but the trio in this form has not yet become successful: surprisingly, with the chic figures of the expected statistics (the percentage of xG during their game is 63%) on the ice, this trio has so far scored twice as often than she created.

But if all of a sudden, the Lightning this year also has a powerful fourth trio. The link of Corey Perry, Patrick Maroon and Pierre-Edouard Bellmare was released by John Cooper most of all: while their partners were constantly changing places, this trinity played in one well-established form. And why change a link that works great? 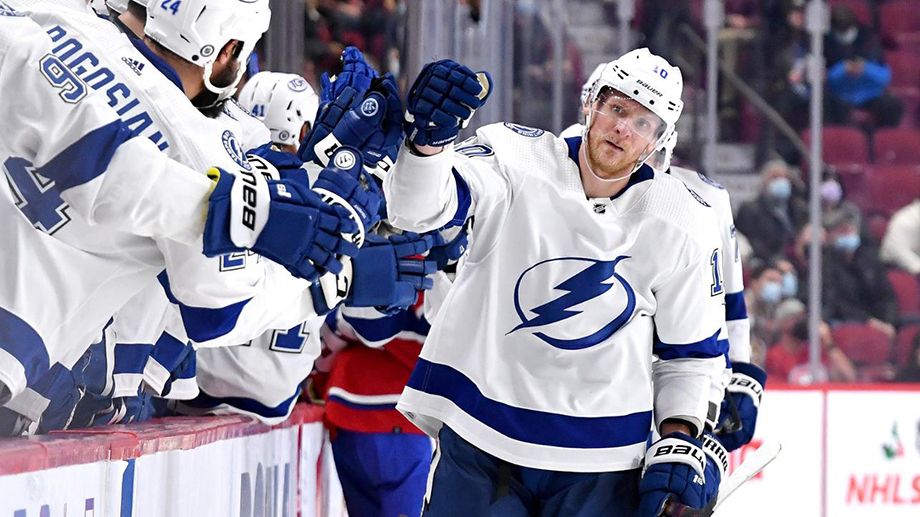 The main ringleader here, of course, is Perry. After two losses in the finals to Tampa, he took the unorthodox road a la Marian Gossa and Kevin Durant, signing with Tampa almost to the veteran minimum. And Corey, who needs to play no longer 19-20 minutes, but 13, concentrates at this time his ability to be a masterful provocateur to the maximum. For example, in a recent game with Winnipeg, he simply took the stick from Josh Morrissey, and Kucherov, who was sitting on the bench, had an expression of admiration mixed with embarrassment, which is rare for our forward.

At the same time, the rest of the trio are not inferior: Maroon, who won three championships in a row, was Perry’s friend back in Anaheim, where they spent several years together. Bellmar is one of the best forecheckers in the NHL, despite his age. The trio has a total of 105 years, but at the same time, the nickname of the link is “school bus”: no, not because of jokes about age, but because all the players of this trio support each other.

If you recall the ancient saying about third links and the Cup, then this team even has two third links: Perry’s trio is easy to imagine in almost any other club. At the same time, all the leaders were in place and did not stop playing. At the same time, the team still has almost its main bonus – Andrei Vasilevsky, who is able to pull out even hopeless matches.

In the regular season, this Tampa, of course, did not break records – but the 2022 version was assembled specifically for the playoffs. It’s incredibly intriguing.