Home News Dustin Poirier, when is the next fight, who will be Poirier’s next...

In December 2021, Dustin Poirier suffered an embarrassing loss to Charles Oliveira. He once again stopped one step from the coveted belt. After losing to the Brazilian, Poirier first thought about leaving the sport, and then admitted that he was thinking about changing the weight category. Apparently, he still has not made a decision where he wants to continue performing.

But in the meantime, Dustin is active on social media and leaves messages that he wants to fight. And, fortunately, the demand for it remains high. Already, several top fighters from the welterweight division have expressed a desire to meet with Brilliant. Let’s figure out who we are talking about and who is most likely to become the next opponent.

After defeating Jorge Masvidal, Colby Covington had already begun to map out his next goal. It was Dustin Poirier. At the post-UFC 272 press conference, Chaos challenged Diamond:

“I just took care of that Miami street trash, now it’s time to take care of the Louisiana swamp trash. Where are you, Dustin Poirier? Name a place, boy. See you soon. You’re next, ”Covington said after the fight with Masvidal.

Dana White is at an impasse as he doesn’t understand where Colby is going next. He lost two fights to Usman, so a third fight for the title is not in sight. He clearly surpasses the rest of the fighters of the division. Therefore, the fight with Poirier looked like the only way out of the situation: a loud poster, a sea of ​​​​thrash current, fat revenue from sales of paid broadcasts is guaranteed. 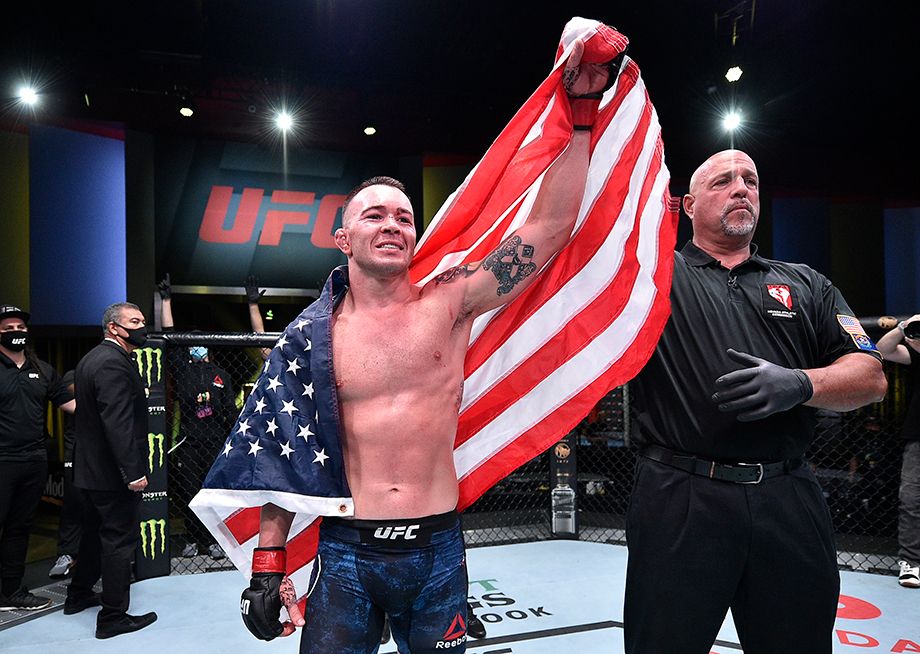 Place for a photo (Colby Covington)
But at UFC 273, the president of the organization found the answer to the question. Most likely, the next opponent of Chaos will be Khamzat Chimaev. They also have their own history of hostility – Covington repeatedly insulted Khamzat’s mother. Borz clearly wants to take revenge on Colby for the thrown words.

Based on the foregoing, much depends not on the vector of Poirier’s career development, but on the decision of the head of the UFC. Therefore, the Covington-Porrier fight is unlikely to take place in the near future.

Last weekend, Dustin left a short message: “I want to fight.” It was answered by Gilbert Burns with the question: “170?”. I mean welterweight here. After the cut with Chimaev, Durinho clearly raised his value. So Dana White promised him a big fight. At least that’s what the Brazilian himself says. But if you take my word for it, then who can be given to Burns to get a spectacle of the level of the battle with Chimaev? The choice is small: Masvidal, Diaz, Poirier. The first is in legal trouble, the second wants to leave the organization, and the third remains available. 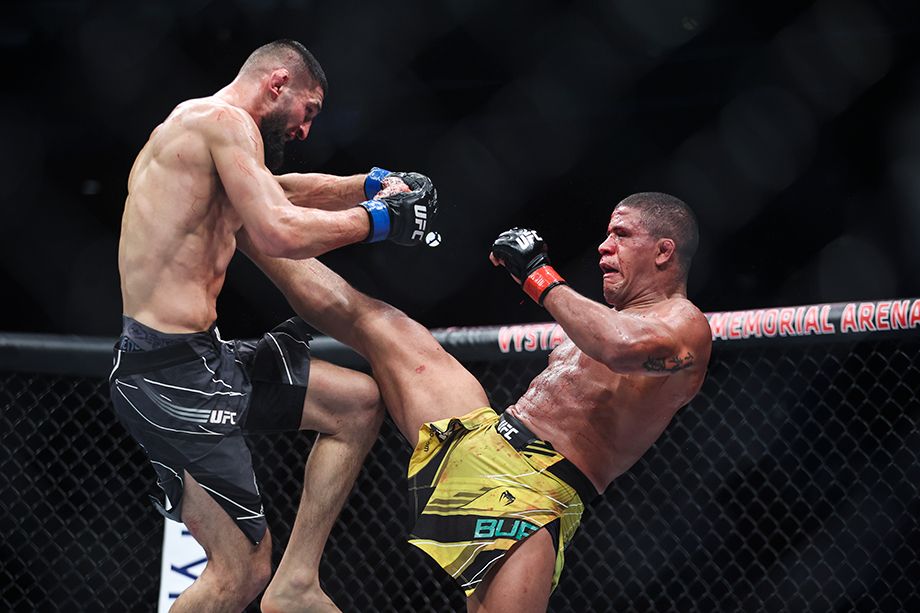 Gilbert effectively played the role of a springboard in the fight against Chimaev. Why not repeat this trick with Poirier? Dustin respected him and Khamzat for the fight and, perhaps, he himself will want to meet him in the cage. Moreover, Dana White has not yet found a new opponent for the Brazilian. He probably didn’t even start looking. Do not give Gilbert boring Belal Muhammad, who specializes exclusively in passes to the legs. But the duel Poirier – Burns as a co-main battle of a numbered tournament looks tempting. The word behind the head of the UFC.

Conor McGregor is back from injury and training with might and main. He is already looking for an opponent. But Dana White is waiting for clearance from doctors to move to the negotiation stage. Leon Edwards dismissed the fact that he was offered money to wait until McGregor and Usman were cut in the octagon. Therefore, the championship fight in the third division in the near future will not take place. 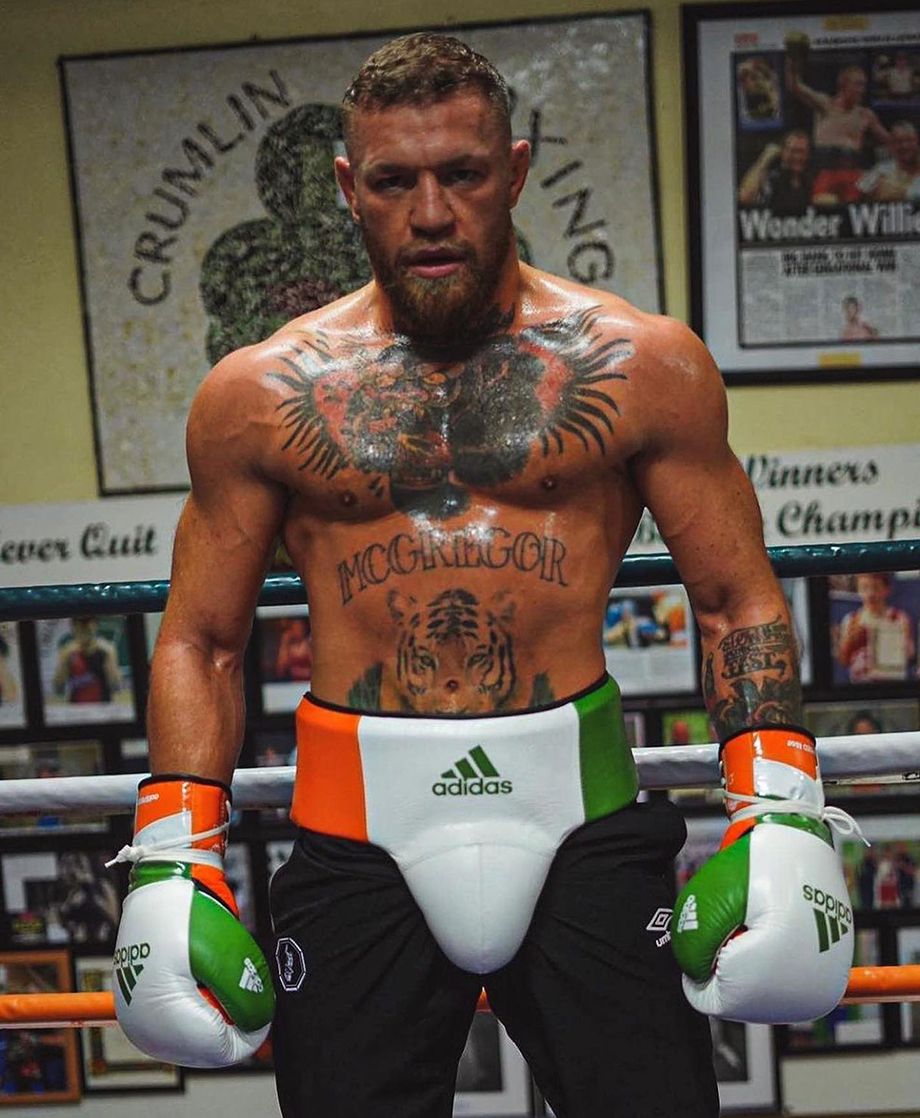 Photo: From the personal archive of Conor McGregor

Based on photos on social networks, the Irishman gained muscle mass and is unlikely to drive with it back to lightweight, where he will be moved by half of the division. Therefore, the option with the transition to the category above looks justified. Moreover, Porrier himself is unlikely to return to this division.

And who else to give Conor? Nate Diaz turned down a third meeting. Kamaru Usman will not be given to him. Gilbert Burns is not good for thrash talk and promotion. Only the proven Diamond remains. The title shot does not dominate the American now. And now no one will condemn him for choosing a money fight against a man whom he beat twice.

Conor obviously wants to settle scores with Poirier, but we also don’t know if the American wants a fourth meeting. Although their next duel is the most beneficial development of events for all parties. McGregor will get a chance to return, Dustin – to earn money and once again establish himself on a big name, the fans will see the idol’s comeback against a strong opponent, and Dana White will exhale for a while, because the Irishman will be engaged in PR. But does the UFC president need this fight?

Nate Diaz has not played in the octagon since last summer, when he almost slammed Leon Edwards in the end, but still lost to him by decision of the judges. Since then, Nate has been whining about being released, as he is not given a fight. At the same time, Poirier himself is actively challenging him. Conor doesn’t mind hooking up with the Stockton Gangster for the third time either. Only Diaz himself is not interested in the Irishman, but no objections were voiced regarding the Diamond.

And fighters in the top 15 welterweight division are unlikely to want to take risks, especially after Edwards rebounded. And this is the second number of the rating and the next contender for the championship fight. Therefore, the only fighter who does not risk anything and has authority in the MMA environment is Dustin Poirier. And such a poster, despite the fact that both fighters are not in the top 15 welterweight, is quite capable of overshadowing half of the title holders.

Based on the fact that Dana White does not want to let the Stockton gangster go just like that, he finally needs to give a high-profile duel in order to maintain his reputation. Poirier can save the day. Therefore, the probability of organizing this fight is quite high.