That’s what Smolov was needed for! Forward of the Russian national team brought Dynamo closer to the trophy 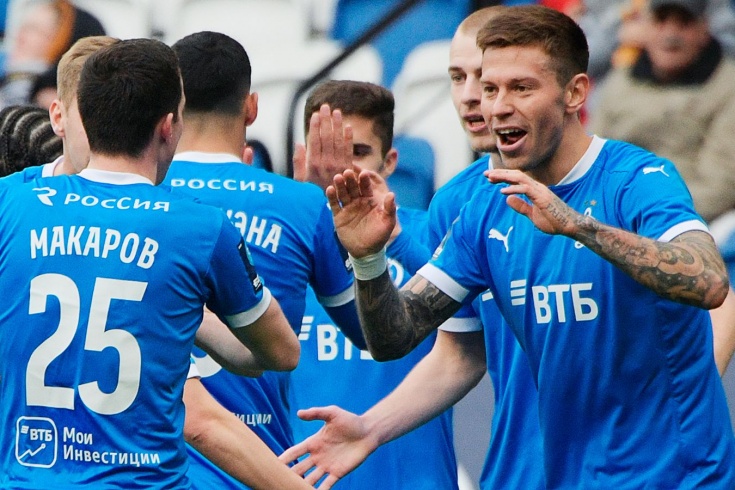 Fedor has a goal and an assist in the match against Alania. Now Dynamo are waiting for Spartak (or Enisey?) in the Cup final.

Dynamo reached the final of the Cup of Russia, where on May 29 at Luzhniki they will play with the winner of the pair Spartak – Yenisei.

The place at the Dynamo goal was taken by Igor Leshchuk. Obviously, this was not explained by Anton Shunin’s five goals conceded in Samara, but by the fact that Sandro Schwartz changes goalkeepers in the RPL and the Russian Cup. Leshchuk also played in the previous stages of the tournament. In addition, Sebastian Szymanski and Fedor Smolov returned to the blue and white team. The midfielder missed the last round with the forward due to muscle problems, but managed to recover from injuries by the semifinals.

We have long been accustomed to the scheme and game of Dynamo under Schwartz, but Alania is something new and unusual for a wide range of fans. Few people follow the FNL (except for the fans of the teams participating in the tournament), even if it is the “best league in the world”. The Cup of Russia is an opportunity to get acquainted with the cheerful team of Spartak Gogniev.

Ex-Dynamo player Gogniev actually decided to play without the center of the field. Five defenders and two center halves were responsible for the defense, and the three attacking players opened on the same line with Dynamo’s defense raised high and waited for throws behind their backs. However, when in possession of the ball, ex-CSKA player Khetag Khosonov moved from the center of defense to the position of a defensive midfielder. And “Alania” loves to own the ball, goes out of the gate through a short and medium pass.

The guests lured the hosts into pressing, in order to thereby gain free space. However, in some cases, this ended with “imports” and moments at the gates of the “Vladikavkaz Neuer” Rostislav Soldatenko.
Even the southerners did not have time to cover the blue and white in situations with ball transitions – in speed, the Alania players lost to Dynamo. As a result, Gogniev’s plan did not work very well. At 0:0, the hosts forgave the guests several times (Smolov could score a hat-trick in half, plus once Soldatenko was rescued by the crossbar), but in the 23rd minute, Smolov, together with Denis Makarov, still created a Dynamo goal. Khosonov looked like a weak link in the defense of Alania. He fell asleep on the rebound when Szymanski hit the crossbar, and did not run after Smolov in the scoring episode.

Alania gave its own show, but it must be admitted that, for example, in the match with Zenit, the game of the Gogniev team was more meaningful. In the first half of the semi-finals, Dynamo calmly controlled the game like an obedient car on a familiar road. The superiority of the blue and white was also reflected in the statistics of shots by the break – 9:0 (on target – 4:0). Muscovites were unlucky only with the implementation of moments: the same Szymanski loaded into the post. Dynamo also lost Diego Laxalt, who, apparently, had a thigh muscle injury. 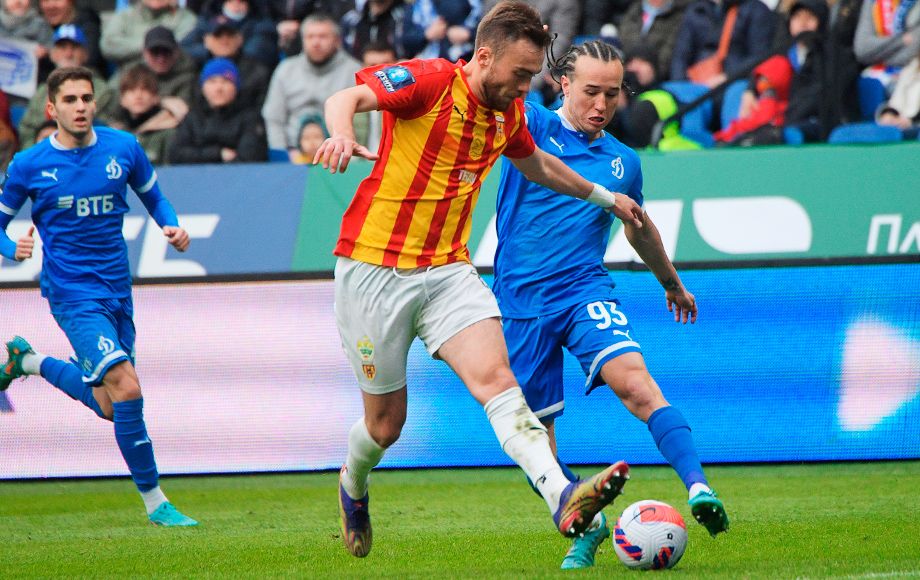 If the permutation made by Schwartz was forced, then Gogniev resorted to shock therapy – a triple replacement! “Alania” switched to a scheme with four defenders, sought to better use the middle line in order to reach Leshchuk’s penalty area. And then the southerners again summed up the love of adventurism. Coming out of defense through a pass, David Shavlokhov panicked and gave the ball to Smolov. Fedor seems to have delayed the decision, but still gave an assist to Arsen Zakharyan.

Nevertheless, “Alania” at 0:2 did not give up, and how it played – it was fun and expensive to watch! One moment at the gates of Leshchuk, the second, the third … Dynamo should also help out their posts, if the guests are saved. This is what happened at the end of the hour of the match. When Alan Tsaraev kissed the ball heartily from outside the penalty area, Dynamo avoided a missed goal thanks to the crossbar and the fact that the ball landed not behind the goal line. 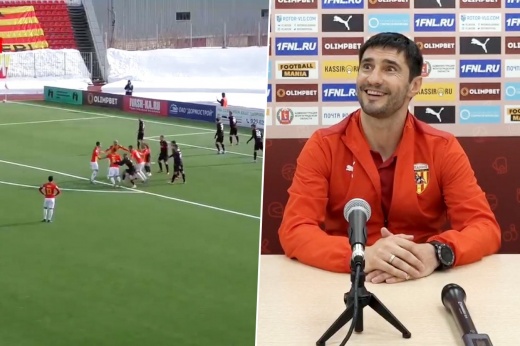 They want to fall in love! The tricks of “Alania” are urgently needed RPL – to save the league from boredom

In open football, the Schwartz team had a lot of free zones for organizing counterattacks. But then the last pass of the blue and white did not work, then the players climbed into an offside position (although some offsides in both directions seemed controversial), then there were not enough fresh legs. The German coach refreshed the attack by replacing Smolov and Makarov with Daniil Lesovoy and Konstantin Tyukavin. Just a foul on the forward finally destroyed the intrigue. Tyukavin, who was running one on one, was deprived of a goal by Shavlokhov, who earned a direct red card.

The second half “Alania” did not lose on blows – 4:4 (on target – 1:2). But she did not escape defeat, moreover, a major one. Szymanski was haunted by monstrous bad luck on his birthday: on hits on the crossbar, he completed the norm for the season. Another thing happened when a Pole hit a free-kick. But Tyukavin still scored his goal in the 87th minute, diving behind the backs of the defenders and putting the ball under the post. Dynamo will be in the Russian Cup final for the first time since 2012.