Today, September 7, the Lithuanian national team played one of the most important matches at EuroBasket 2022. The team fought with Bosnia and Herzegovina for advancement to the next stage of the tournament. And, despite the unsuccessful start in the championship, the Lithuanians still managed to show high-quality basketball and defeat the opponent.

At the tournament, the Lithuanian team started surprisingly poorly – with three defeats in a row. The reason for this is either a tight schedule (Slovenia, France, and then Germany), or a weak game in the endings, or the level of refereeing … Be that as it may, the Lithuanians won their first victory at EuroBasket 2022 only in the 4th round, beating group B outsider Hungary (87:64). Bosnians in the previous match lost to the French team (68:81). 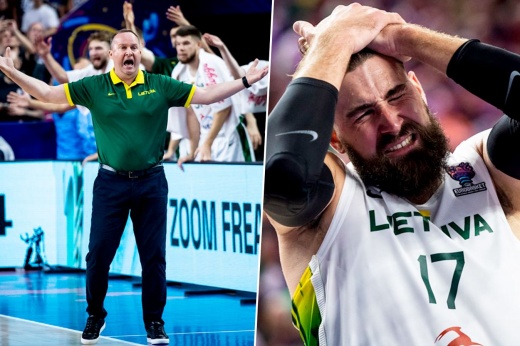 In Lithuania, they are sure that the victory at EuroBasket was stolen from them. Referees messed up with a free kick again

Prior to the start of the match, the national team of Bosnia and Herzegovina ranked fourth in the group standings, ahead of Lithuania by one point. Between themselves, the teams played out the final ticket to the playoffs. Germany, Slovenia and France secured their way to the decisive stage of the tournament ahead of schedule, but the fate of the fourth place was decided in the last round.

Both the Lithuanian and the Bosnian teams understood the importance of this confrontation very well. Former CSKA Moscow player Marius Grigonis even said that his team would go to the match like it was going to war:

“I don’t feel any tension in this championship at all. I’m glad I can play basketball. I come to the match and give my all.

The Bosnian team is tough, strong, but they have a lot of holes. They have one point guard who probably grew up in Bosnia and plays in a certain style. Before the match, we will watch the video several times, make a plan. It will be difficult, there will be a tough fight – the Bosnians will be hot. There will be a war, and we will go to war. They have a really good national team.”

The first points of the match were scored by Jonas Valanciunas, who scored two from the penalty line. The beginning of the segment turned out to be quite equal, but by the middle of it, eight points from Marius Grigonis brought the Lithuanian team forward. In just the first ten minutes, he scored as many as 14 points, successfully implementing four long-range shots. However, thanks to the efforts of Janan Musa and Yusuf Nurkic, the Bosnians managed to win back “+8” by the end of the segment and equalize the score – 28:28. 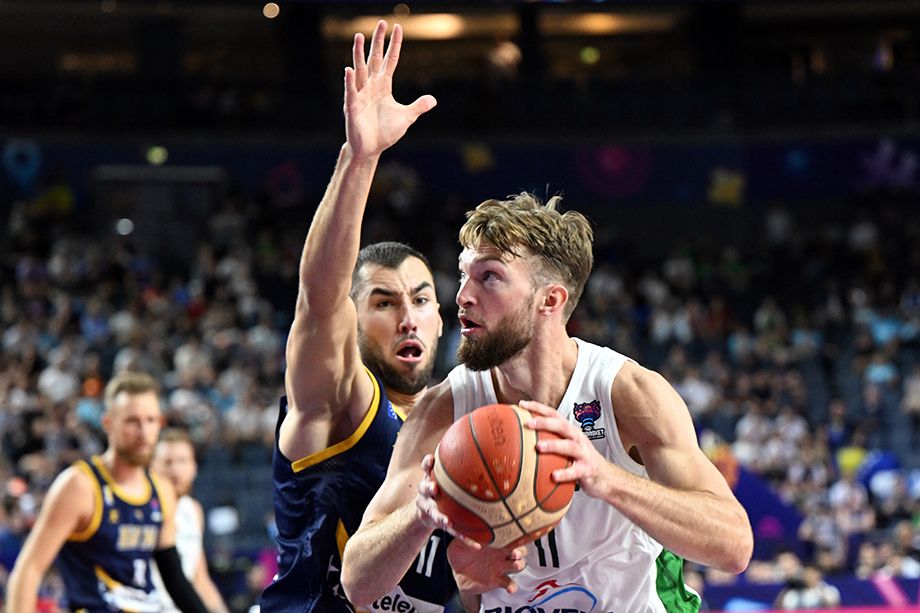 In the second quarter, the Lithuanians began to dominate again. For the most part due to the fact that the team of Kazis Maksvytis won the rebound cleanly. According to the results of the first half, the Lithuanian team had twice as many rebounds as the opponent – 18 against nine. The best in this indicator was Jonas Valanciunas, who already scored a double-double by the big break – 11 points and 10 rebounds. At the same time, the Bosnian attack slowed down significantly. And if the Lithuanians in the second quarter scored as much as in the first, Aziz Bekir’s team had two times less – only 14 points. So, according to the results of 20 minutes, the advantage of the Lithuanian team overcame a double-digit mark. The teams approached the second half with a score of 56:42.

After a long break, the Lithuanian team continued to put pressure on the opponent. Team basketball, an impressive number of rebounds and second chance points, a convincing performance by Valanciunas under the rim, and already after three minutes the advantage reached an indecent “+20”. By the middle of the segment, the Bosnians suddenly caught the courage, and in fast attacks they significantly reduced the backlog – from “+22” to “+11”. In the third quarter they lost only two points to the opponent – 17:19. True, in the last minute Butkevicius single-handedly scored five unanswered points, securing the advantage of Lithuania – 75:59.

At the beginning of the final ten minutes, the performance of both teams decreased noticeably. First, the Lithuanians missed a few shots, then Nurkic delivered a spectacular block shot to Martynas Ehodas. It took Bosnia and Herzegovina two and a half minutes to score the first points in the final segment. Amar Gegic scored one point from a free kick, having failed two attempts before. By the middle of the segment, through the efforts of Yusuf Nurkic, the Bosnians managed to reduce the difference in the score to 12 points. But even so, the team just seems to have failed to cope with the pressure, as indicated by several episodes at once. So, in the seventh minute, Halilovich blocked Sabonis’s dunk and immediately entered into a verbal skirmish with his opponent. Miralem yelled so hard that he didn’t even notice how Butkevicius dunked right from behind him. At the end of the segment, the Bosnians no longer had any strength, so even Canan Musa left the site due to damage. As a result, Lithuania regained a well-deserved advantage, won the match with a score of 87:70 and advanced to the playoffs of the tournament. 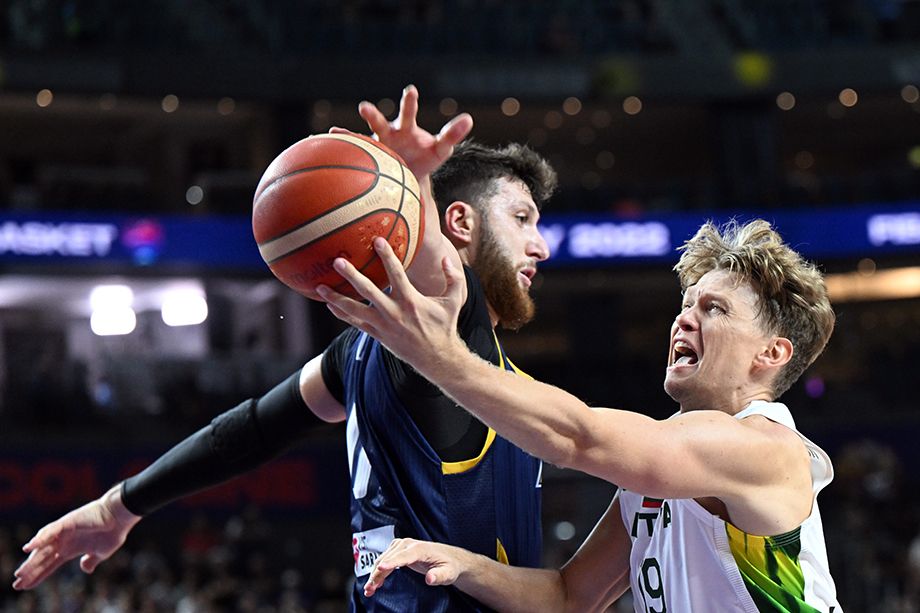 The national team of Bosnia and Herzegovina completes participation in the tournament, and the Lithuanians go to Berlin. There, in the first match of the playoffs, they will play with the Spanish national team.