Today, September 4, the central game of the game day at EuroBasket 2022 was the game between Germany and Lithuania in Group B. The outcome of the meeting was decided in an incredibly tense ending – the teams gave the audience two crazy overtimes. And although the Lithuanians had every chance to get the first victory in the tournament, the German team still turned out to be a little stronger. Now Lithuania is flying 0-3!

The Lithuanian national team at EuroBasket started with two defeats in a row. First, Maksvytis’ wards lost to Slovenia (85:92), the main favorite of the tournament, and then missed the victory in the last minutes of the match with France (73:77). According to the results of two meetings, the team took the fifth, penultimate place in the group, ahead of Hungary only by the difference in points scored.

The Germans started the tournament much more confidently. In the first meeting, the team beat the French (76:63), and in the second – the national team of Bosnia and Herzegovina (92:82). Prior to the start of the match with Lithuania, Gordon Herbert’s team led group B, beating Slovenia on points difference. 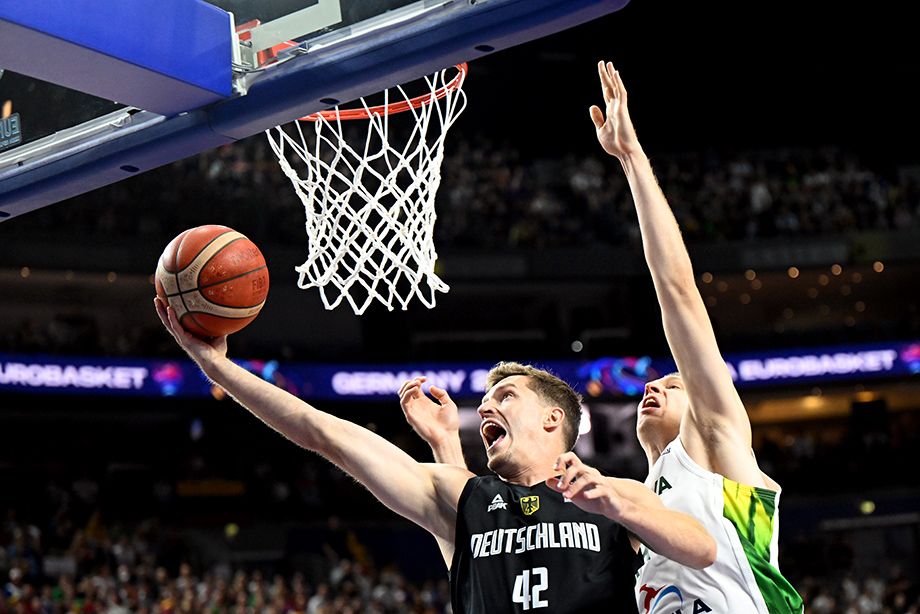 For the German national team, the meeting with Lithuania became a home game. The match took place in Cologne, at the Lanxess Arena. At the same time, a huge number of Lithuanian fans were present in the stands, who continued to actively support their team, despite the unsuccessful start in the championship.

The first quarter was fairly even. The players on both teams looked noticeably tired, but there was still a lot of struggle on the court, including fouls and losses. The Germans scored more from the “paint”, Maodo Lo single-handedly shot eight points in 4.5 minutes. But to get ahead, this was not enough, and at the end of the segment, the Lithuanians equalized the score – 19:19.

At the beginning of the second quarter, the Germans began to force the opponent to foul. Lithuanians broke the rules as many as five times in two minutes! At the same time, Maksvytis’ wards, of course, were openly dissatisfied with the refereeing. It took them three and a half minutes to score their first points in the second segment. And while the Lithuanian team experienced problems at both ends of the court, the opponent’s advantage quickly reached the mark of “+9”. Franz Wagner played out, who scored 18 points and four rebounds in the first half. But thanks to hits by Jonas Valanciunas and Mindaugas Kuzminskas, the Lithuanians managed to close the gap to “+5”, and the teams left for the big break with a score of 41:46. 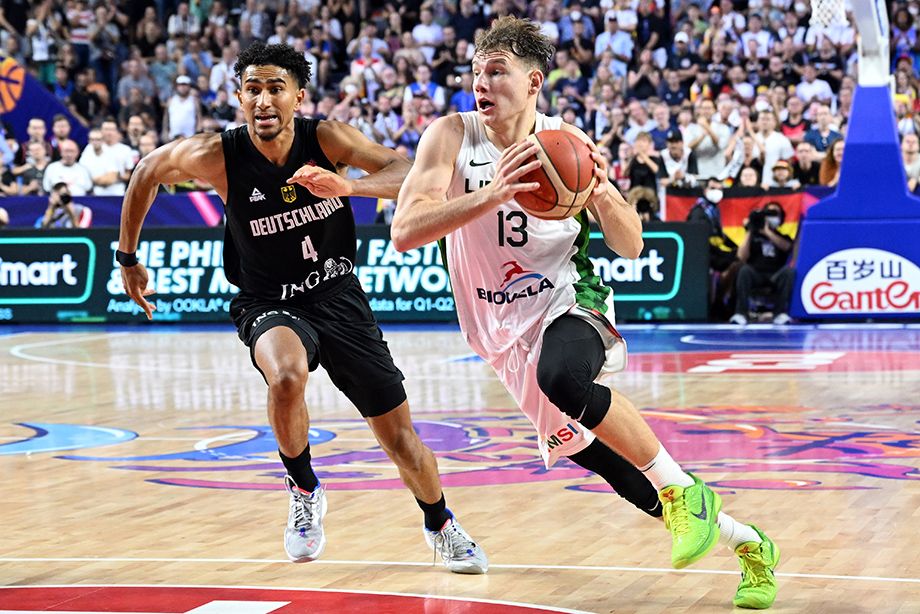 And if in the first half the Lithuanians looked surprisingly unassembled, then after a long break it was the Germans who could not find their game. Franz Wagner and Maodo Lo, of course, continued to score points, but the team’s attack actually came to a standstill. The hosts stopped moving the ball, and continued to make the same mistakes in defense. Jonas Valanciunas and Domantas Sabonis took advantage of this, scoring two open threes in the middle of the segment. At the end of the quarter, the Lithuanians returned to the game and reduced the gap to the minimum – 65:66.

At the beginning of the final segment, the Lithuanians finally took the lead, but Maksvytis’ players did not last long. In the two previous meetings, it was the ending that was the weak point of the Lithuanian team, and in today’s game, the Germans seized the initiative in the fourth quarter. Wagner, Lo and Schroeder literally crushed the Lithuanians. And, despite the efforts of Valanciunas, Grigonis and company, who scored a double-double, the Germans still remained ahead. A minute before the final siren, they led the score with a difference of “+5”. However, in the last seconds, the incredible Jonas Valanciunas worked a miracle – he shot as many as seven unanswered points and equalized the score in the match, moving the meeting into overtime.

At the beginning of the first overtime, the Lithuanians scored four quick points, again thanks to Valanciunas. And if not for Dennis Schroeder, the victory would definitely have remained with the Lithuanian team. In the first overtime, he scored five points, and 30 seconds before the end of the extra period he equalized (96:96) and moved the meeting into the second overtime! At the same time, the player was forced to be careful – he had four personal violations on his account. And in the Lithuanian national team, Domantas Sabonis was forced to leave the site for busting fouls.

The second overtime began with Voigtman’s two-point hit, and then Schroeder scored a spectacular long-range hit. At the same time, Johannes, like a star compatriot, was one step away from being removed from the site for busting fouls. Lithuania responded with a two-point hit by Brazdeikis, after which Schroeder added four more points for the German national team. Then Valanciunas scored twice from the penalty line and with the score 102:103 went to the bench. And then Maodo Lo returned to the game – he charged two three-pointers in a row and actually left the opponent out of the game. Lithuania managed to score three more points, but, alas, this was not enough to win. At the last second, Butkevicius tried to score from behind the arc, but missed. The result – the hardest victory for the Germans with a score of 109:107!

In the next round, the Lithuanian national team will play with Hungary, and the German team will meet with their main rival in the group stage – Slovenia. The teams will be given one day off and both meetings will take place on 6 September.