Home News Everyone gets married: where did the epidemic of weddings in figure skating...

Everyone gets married: where did the epidemic of weddings in figure skating come from

May and June 2022 may go down in figure skating history as the months of the record number of romantic events in figure skating – engagements and weddings succeed one another. The Olympic bronze medalist in ice dancing Elena Ilinykh and her beloved ballet dancer Sergei Polunin announced their future wedding. Two dance couples at once, who performed at the Beijing Olympics 4 months ago, also announced their engagement – these are the vice-champions of the Games Victoria Sinitsina / Nikita Katsalapov and Madison Chalk / Evan Bates, representing the United States. Finally, without loud prefaces, unexpectedly for many, Evgenia Tarasova and Fyodor Klimov got married – their happy photos appeared on social networks on Friday, June 17th. The latter two have three silver and one gold Olympic medals – Evgenia was the star of Pyeongchang-2018 and Beijing-2022, and Fedor triumphantly performed at the Sochi-2014 Games.
From the outside, it looks like everyone agreed to get married at the same time. In fact, there is both an accident and a pattern, but definitely no collusion.
Everyone usually thinks about dance duets that they are a couple in real life. This is the same type of figure skating that involves touching, eye-to-eye looks and, in general, a game of love on ice. It is impossible to imagine ice dancing without this cinematic add-on.
Hugs, kisses and pats on the back are subconsciously read by the audience as real feelings, and in this sense, the engagements of Sinitsina / Katsalapov and Chalk / Bates do not look unexpected. I mean, there is a surprise effect, but it is of a completely different nature – it’s kind of unexpected that you guys didn’t do this earlier. Both couples have been in a relationship for a long time, although this was not directly stated anywhere, and everything was obvious. Two illustrative scenarios, like a partnership on ice and many years spent together, turn into real sympathy, affection and love.
The same story with the lack of surprise in Elena Ilinykh and Sergei Polunin. They have been together for more than two years, they have two children, common projects and life together in Moscow and other cities of the world. There was no doubt about the seriousness of their relationship before – many even thought that the engagement and wedding were a long time ago, just the couple did not advertise it.
As for Evgenia Tarasova and Fyodor Klimov, there were also rumors about their romance, they just were not publicly confirmed in any way. With the ring, Evgenia appeared at the autumn test skates in Chelyabinsk, but then she did not answer the question about its nature to journalists. Silence is golden, and glowing eyes are sometimes better than any direct answer. And it turned out that the figure skater’s chosen one is ex-skater and now coach Fedor Klimov. It’s amazing how they managed to keep everything a secret for so long – probably, the extreme non-publicity of both helped in this.
Five people from our material have recently been active athletes and may remain so at least next season. All of them – Sinitsina / Katsalapov, and Chok / Bates, and Zhenya Tarasova, have been living with thoughts about the Olympics in Beijing for the last four years. And before that – about the Olympics in Pyeongchang. Their whole life was subordinated to the preparation for the Games and selection for them, as well as performances that can be proud of both a day later and twenty years later. Therefore, all values ​​that did not meet these goals were postponed indefinitely. 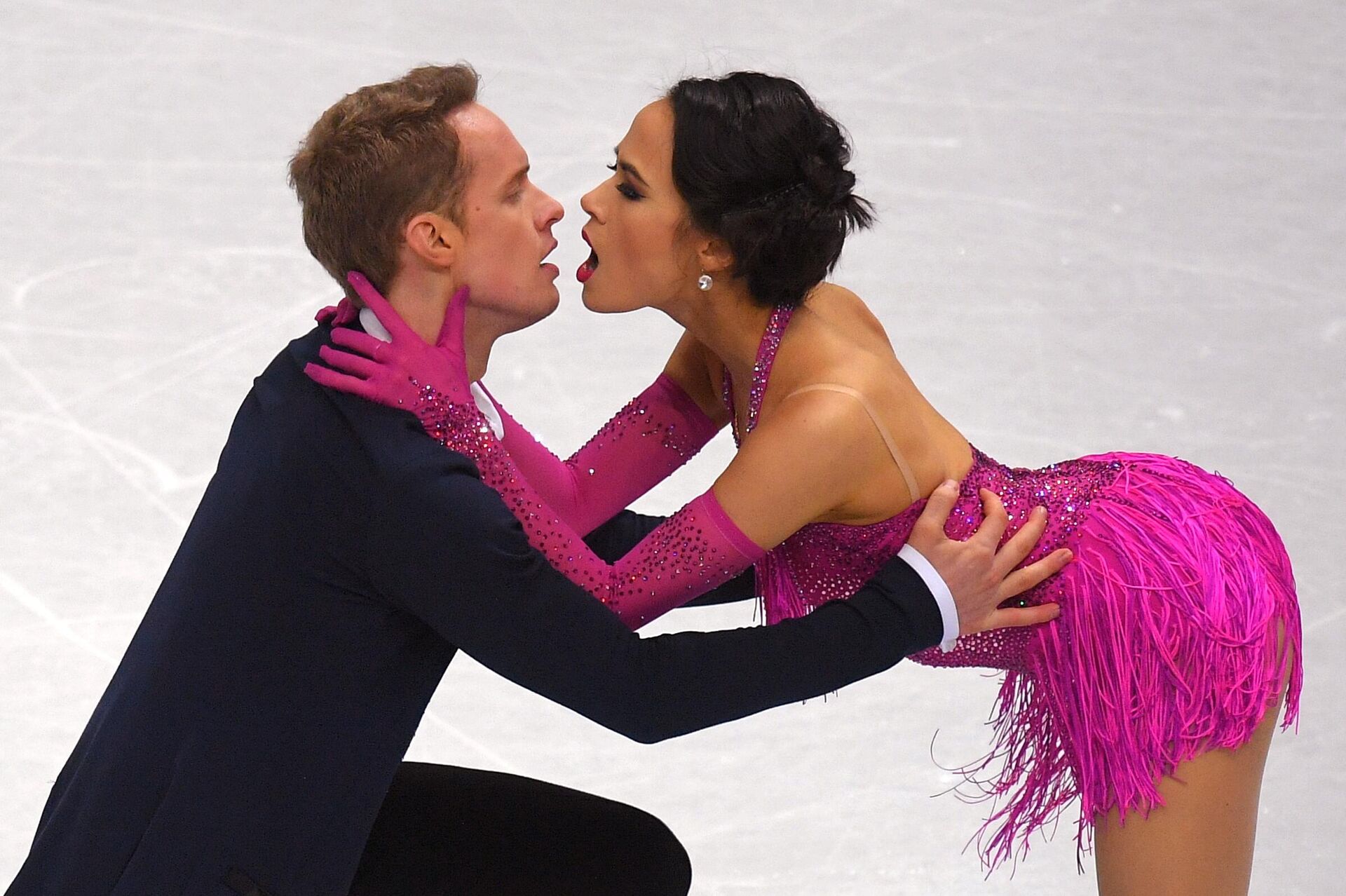 © / Vladimir Pesnya
Go to photo bank
Madison Chock and Evan Bates
And when the most important sporting events in the lives of athletes were left behind, leaving in return a sense of fulfillment in their favorite business, it became as if they could remember that they are lovers, and not just disembodied athletes focused on results.
Summer is the traditional time for weddings. In this case, the personal “summer” of each couple still coincided with the calendar one, so the universal holiday does not seem to end. And we are happy with the good news. I wonder who’s next?