Express on September 24 with a coefficient of 9.10: Karpin swaggers, Ronaldo wins 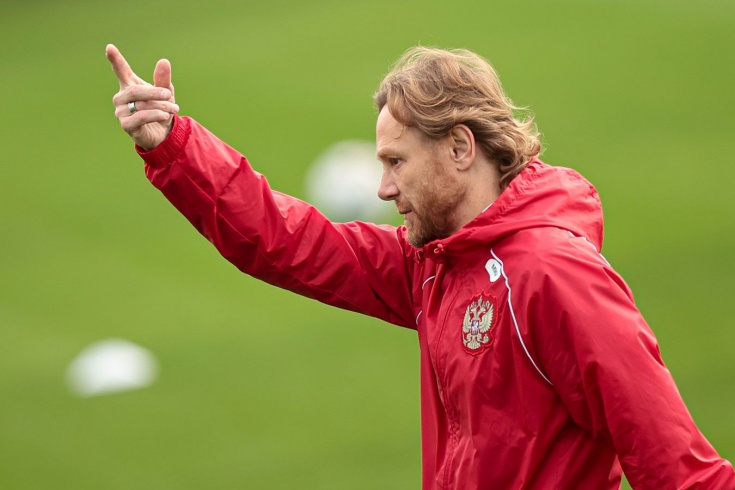 The Russian national team plays in Bishkek, and Cristiano goes to the Czech Republic.

On September 24, the next matches of the national teams will be held. We bring to your attention an accumulator with a coefficient of 9.10 from the matches that will be played today.

Prediction for the match Kyrgyzstan – Russia on September 24

With great difficulty, the Russian national football team found an opponent for the control match. The team has been suspended from official competitions, and most rivals refuse to hold a friendly match. They are wary of falling under UEFA sanctions. Finally, we managed to get Kyrgyzstan’s consent in principle.

The hosts successfully held the qualifying tournament for the Asian Cup. In the quartet with Singapore, Myanmar and Tajikistan, they took second place. The team has seven points (two wins and two draws). Kyrgyzstan conceded the first line to Tajikistan solely on additional indicators. Kyrgyzstan’s goal difference turned out to be somewhat worse than that of the opponent.

Valery Karpin has not had the opportunity to check his wards in business for a long time. It makes no sense to talk about the teamwork of the Russians. Nevertheless, the motivation of the team is at the maximum level. It is very likely that the players will want to remind the football world about themselves with a resounding victory. We recommend studying the bet on the victory of Russia with a handicap (-2.5) for 2.26.

The Portuguese successfully qualified for the 2022 World Cup in Qatar, but the path was quite bumpy. As part of the group stage of the qualifying tournament, the Portuguese finished in second place, losing the fight for the leadership in Group A to the Serbian national team. Wards of Fernando Santos won a ticket to Qatar in the play-offs, beating Turkey (3:1) and North Macedonia (2:0).

The Russian national team announced the name of the captain for the match with Kyrgyzstan.

In the Nations League, the national team changed to a 4-3-3 formation. Possesses the ball for an average of 53.7% of the playing time and spends 44% of the playing time in the center of the field and another 32% in the attacking block. Players perform 14 shots each (fourth in the league) and hit the target 6.3 times (the best result). Joao Cancelo, Cristiano Ronaldo and company scored seven goals in four matches. After Manchester United was headed by Erik ten Hag, Krish is given little match practice. In the upcoming meeting, he will prove that the coach underestimates him.

The Czech Republic, in the company of Switzerland, Spain and Portugal, is forced to play on defense, controlling the ball for only 29.3% of the playing time. Players make 14 tackles and 13.3 interceptions each (fifth and second best in League A), but the goalkeepers’ weak play fails – they only saved 14 shots out of 21 on target.

In such scenarios, we recommend that you take a closer look at the bet on the victory of Portugal for 1.83.

The national team of Spain, led by Luis Enrique, confidently outplayed the Czechs 2-0 in the last round. It is worth considering that this is the second victory without conceded goals. The hosts ended the first two games of the tournament in a draw. The Spaniards traditionally play neatly in defense, they conceded three goals in four matches. Spain are in first place with eight points.

Valuev assessed the likelihood of the suspension of the RPL due to mobilization.

The Swiss national team is in the relegation zone from the elite division. The guests scored only three points in four rounds. After a series of defeats in the last game, Murat Yakin’s wards defeated the Portuguese in the home arena with a minimum score of 1:0. It is curious that the Swiss scored the winning goal in the first minute of the meeting.

The Spanish national team in most matches acts pragmatically. Only in one of the three matches of the group stage with the participation of the home team, more than two goals were scored. It is very likely that the opponents will not score more than two goals in a closed game. We recommend to study the bet total under 2.5 goals for 1.88.

Bet 2: victory of Portugal over the Czech Republic for 1.83.

Forecast for the match Serbia – Sweden with a coefficient of 3.10.

Ari: in a few years the whole world will regret that Russia is not in European competition.

Prediction for the match Netherlands – Belgium with a coefficient of 3.36.

An amateur club may withdraw from the Russian Cup due to the mobilization of players.

Forecast for the match Cyprus – Greece with a coefficient of 2.80.