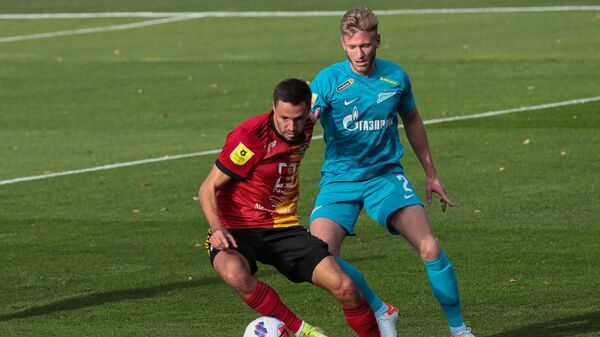 Voronezh “Fakel” has signed a contract with ex-footballer “Dynamo” Markov

MOSCOW, 22 Nov – Former Dynamo Moscow and Krasnodar football player Yevgeny Markov has become a Torch player, according to the official Telegram channel of the Voronezh club of the Russian Premier League (RPL).
The agreement with the 28-year-old striker is calculated until the end of this season. Since the summer, Markov has been a free agent and without a club.
Markov is a graduate of St. Petersburg “Zenith”, he began his adult career in the second team of “blue-white-blue” in 2013, and then played for the Krasnoyarsk “Yenisey” and “Tosno”, after which he moved to Dynamo in the winter of 2018. He then spent one season on loan at Rubin Kazan and continued his career at Krasnodar, with Markov’s last club being Arsenal Tula last season.