The competitive season has already ended, but Elizaveta Tuktamysheva never ceases to amaze. The Empress does not intend to give up and continues to improve before the new Olympic cycle: the quadruple sheepskin coat at the training camp in Armenia is proof of this. Tuktamysheva jumped the quad so easily and confidently that she captivated the fans, the experts, and her coach Alexei Mishin.

Together with the professor, Lisa will enter her fourth Olympic cycle. Moreover, the skater is ready to enter it stronger than before. This girl can’t be stopped!

“I will keep rolling”

Elizaveta Tuktamysheva has repeatedly said that she is skating not for the sake of some awards and the Olympic Games. Otherwise, she would have left the sport long ago. The girl has a very decent set of medals: not all skaters manage to reach such heights in their careers. And the only title that Lisa does not have is the title of Olympic champion. She has all the others. Sports life has completely taken place, and the question of continuation depends mainly on the very desire to ride and the capabilities of the body. She was very lucky with the latter: by the age of 25, she not only retained her jump set, but also strengthened it by starting to study quadruple jumps. As for the desire to ride, Lisa has no problems with this. She sincerely rejoices at her performances at every tournament, and when she finishes them on the podium, she enjoys the moment and does not regret that somewhere she could skate something better. 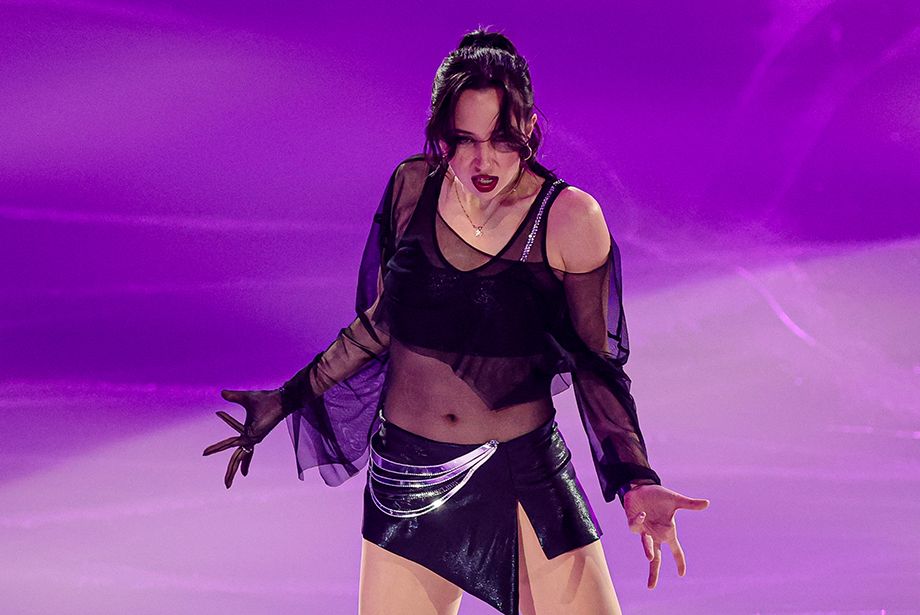 So even after three Olympic cycles, the empress is not going to leave anywhere. She feels that she is able to continue: why then leave her favorite business? The lack of motivation does not bother her, she loves to perform, gets high from her programs and shows her personality in front of the audience and judges.

“I will continue to ride until the moment when I realize that I can no longer. Now I still feel that I can, ”Tuktamysheva wrote in her Telegram channel.

Fans don’t have to worry about where Lisa will be next season. She will be on the ice. And, perhaps, he will bring another surprise, joining the ranks of quadrists. 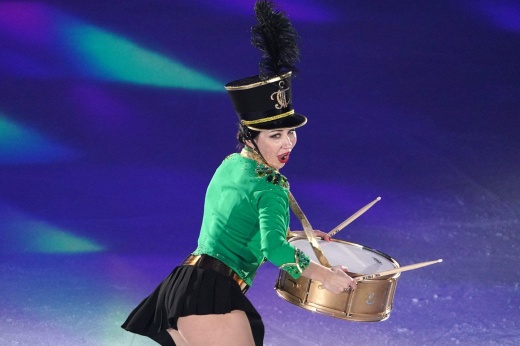 With a quad in the new four years

Tuktamysheva has been studying the quadruple sheepskin coat for more than a year, and has already managed to try it in competitions: she went to the quad at the Russian Championship in December 2019. She failed to land it then, but the attempt itself is worthy of respect. Later, the spring quarantine prevented her from stabilizing the jump: by the pre-Olympic season, she worked out the triple axel. However, by November, she nevertheless again jumped a quadruple sheepskin coat in training. Reminds me that the item is in the works. 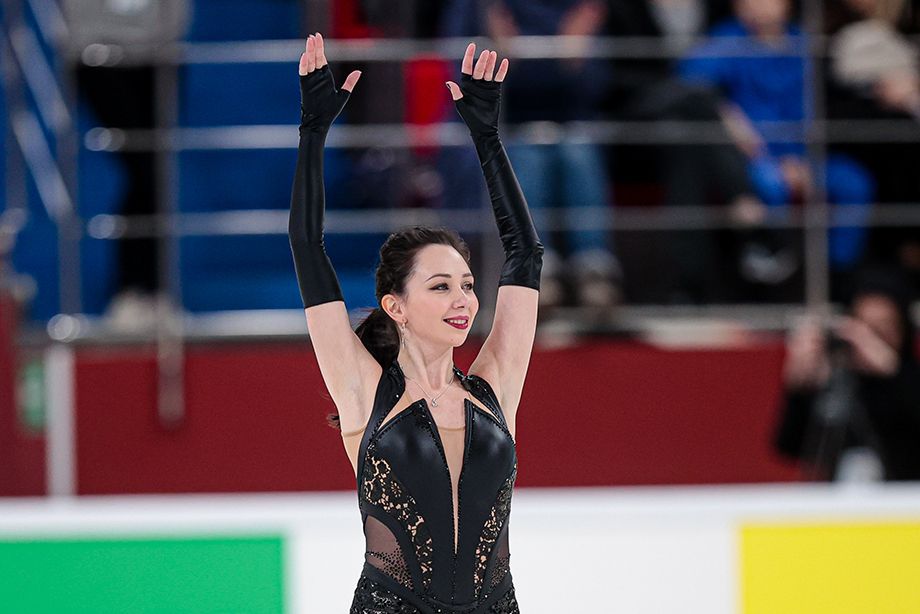 Of course, many people wanted Lisa to add the quad to her content on the eve of the Olympics. But she put his study on pause and bet on the elements that she was sure of. This allowed her to perform well at the starts and avoid injuries, albeit without a trip to Beijing.

But now, with the beginning of a new four-year cycle, she can safely try to twist four revolutions during the competition. The quad sheepskin coat is still with her.

It would seem that after such a long break it would be difficult to take and again make a quadruple Lisa. And certainly no one expected that she would close the season for them. But the empress knows how to surprise, and flawlessly performed the element at the training camp in Armenia. To do this, by the way, she did not have to deny herself local dishes: Lisa successfully combined the study of Caucasian cuisine with the study of the quad, which made her trainer Alexei Mishin incredibly happy. It was the professor who captured the spectacular jump on camera.

Fans in social networks completely overwhelmed the skater with compliments, and experts were delighted with how she destroys stereotypes. Alexander Zhulin believes that Lisa has not yet reached her peak, and other quadruple jumps may appear in her arsenal.

“With Liza Tuktamysheva, there is such a tendency that by the age of 28 she will be fully revealed. Everyone shoots first at the age of 15-16, after that there is a decline, but for Liza it’s the other way around – she only gets better and better. I think by the age of 30 she will show three quads. I wish her only happiness and kindness, ”Zhulin shared with the Championship. 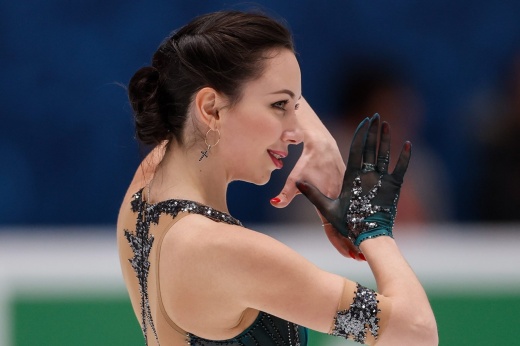 Unexpected denouement of the Russian Figure Skating Championship. Tuktamyshev past the Olympics?

Quadruple sheepskin coat will increase the chances of Tuktamysheva

The inclusion of a quadruple sheepskin coat in the free program will expand Lisa’s ability to compose content. It will become easier for her to complete two repetitions of jumps without losing points. At the same time, you can refuse one trixel in order to save strength until the end of the rental. The judge’s score should still be higher in this case. The base cost of a quadruple sheepskin coat is 9.50 points. This is one and a half points more than the basic cost of a triple axel. Jumping a quad is beneficial for Lisa.

Some would call it insignificant, but it is not. There are no extra points. You never know how many tenths will eventually separate from the prize.

In addition, at the Russian Championship in Krasnoyarsk, for the sake of a quadruple sheepskin coat, Liza refused a cascade with a triple axel, leaving only a solo jump, and in other cascades she caught double ones. But she could score more points with a clean rental than with two trixels. And do not forget about the components that would also grow in her. Just one quadruple works wonders. 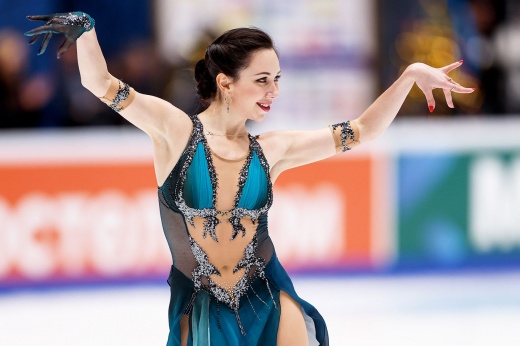 Empress in action. Will Tuktamysheva be able to surpass Medvedev and Zagitova in popularity?

See you in Milan?

Who knows: suddenly a quadruple sheepskin coat will open the way for Lisa to the Olympic Games? Raising the age limit will just play into her hands. It is not known which of today’s young ultra-c skaters will retain their jump set for the Games in Italy. Therefore, it will become easier for the empress to compete at the national level. She doesn’t need to be first. It is enough to enter the “adult” trio and go to conquer Milan.

To stabilize the quad in the free program, Lisa now has four years. Sufficient time. Or maybe she, according to Zhulin’s precepts, will learn other quadruples. She trained a quad-lutz on a fishing rod after the World Championships in Stockholm. He looked good, which is not surprising with her gorgeous triple.

Tuktamysheva has been pushing the boundaries of the possible for several years now and continues to develop. And sport is a movement forward. Lisa is moving forward and can go through another, fourth, Olympic cycle.