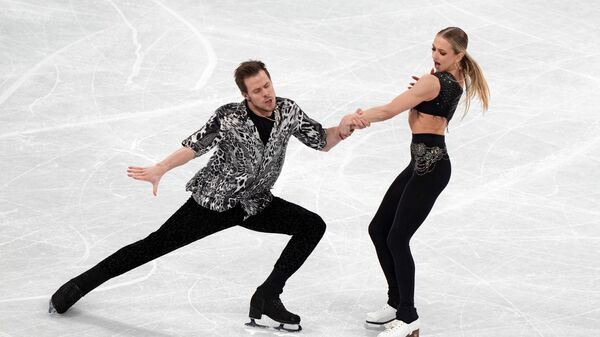 BEIJING, Feb 12 – Russian figure skaters Victoria Sinitsina and Nikita Katsalapov take second place after rhythmic dance at the Beijing Olympics.
After the first type of program, the French Gabriella Papadakis and Guillaume Sizeron took the lead with a score of 90.83 points. The French surpassed their own world record (90.03).
Sinitsina and Katsalapov have 88.85 points, they showed the best result in their careers. Americans Madison Hubbell and Zachary Donoghue (87.13) are third.
Alexandra Stepanova and Ivan Bukin (84.09) are fifth, Diana Davis and Gleb Smolkin (71.66) are 14th.
Papadakis and Sizeron are silver medalists of the 2018 Olympics in Pyeongchang, four-time world champions, world record holders in all types of programs and in terms of total points. Sinitsina and Katsalapov are the current world and European champions.
Skaters will present their free dance on Monday.