The first ever Miami Formula 1 Grand Prix ended with Max Verstappen winning – the reigning world champion wins the second race in a row and closes the gap on Charles Leclerc to 19 points, while just a month ago the Dutchman was 46 behind. Can we already say that ” Red Bull seized the initiative from Ferrari, or is it too early?

Summing up the results of the fifth stage of the 2022 season. 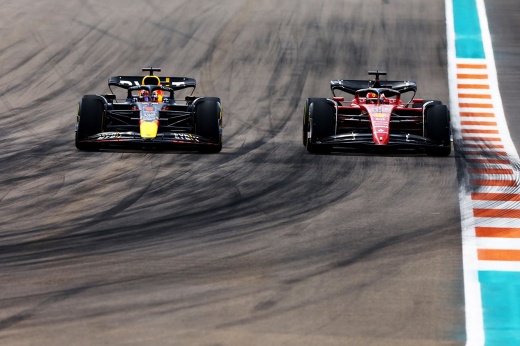 Verstappen is unstoppable: he overtook the Ferrari and repelled Leclerc’s attacks. The fight for the title is getting brighter!

Ferrari’s second loss in a row

As in Imola, Ferrari was powerless to oppose Red Bull – if not for the exit of the safety car, the race would have ended in a complete defeat of the Scuderia. So, on lap 40, right before the collision between Gasly and Norris, Charles lost seven and a half seconds to the leader of the race and could not get closer to him.

After the restart, Leclerc managed to gain a foothold behind Verstappen, but there was no chance to go on the attack and regain the first position. At the same time, Sergio Perez, despite all efforts, failed to get ahead of Carlos Sainz – in one of the episodes, Cheko was very close to passing the Ferrari in the first turn, but his Red Bull did not fit in the second . 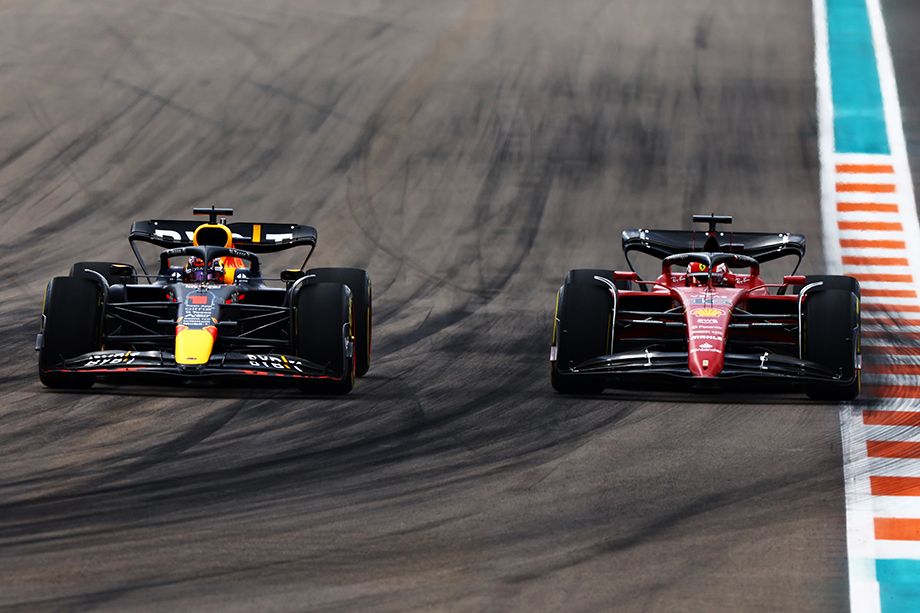 Note that in terms of maximum speed, Ferrari was not inferior to Red Bull in the race, and Sainz was the fastest in two out of four cutoffs. Thus, in Miami, the Ferrari was inferior in cornering efficiency, which means that the Scuderia no longer has an aerodynamic advantage.

This, however, does not mean that the balance of power among the leaders has changed: Ferrari and Red Bull are still fighting on an equal footing, and small advantages are decisive. It is also impossible to predict the further development of events in this fight because both teams will bring updates to Barcelona that can tip the scales in one direction or another. 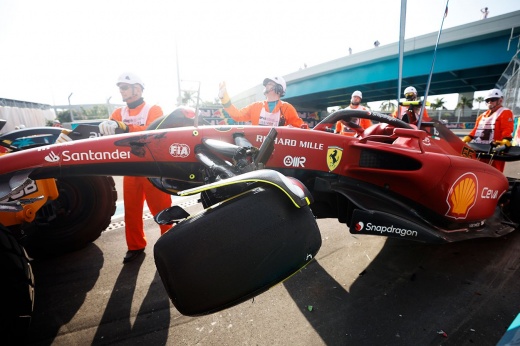 Sainz crashed the Ferrari again: the fourth accident of the Spaniard against the background of the Mercedes breakthrough

The fight begins in the Mercedes

Prior to the start of the weekend, high hopes for updates were placed at Mercedes – the German team seems to be one step away from solving the problems with dolphins. And in the first training session, W13 looked much more stable, but already in the second, when the pilots began to attack more actively, the previous problems returned.

The qualification was another cool shower for the engineers: Lewis Hamilton went to the final and showed the sixth time there – not so bad against the background of the first stages, but the always stable George Russell remained in Q2 – this time it was not possible to find any working adjustments side of the garage. 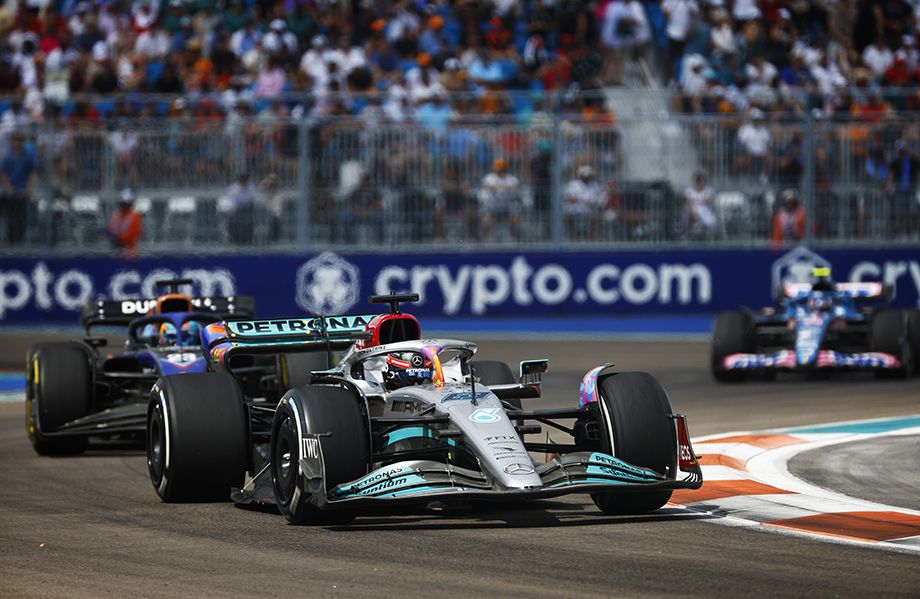 Russell had more problems with his car in Miami

Nevertheless, in the race, Russell managed to overtake both Hamilton and Valtteri Bottas, behind whom the Mercedes were on the restart. Moreover, George had to really fight with Lewis – the ex-champion did not just let his partner go forward, although he had fresh tires and more opportunities to compete with Bottas.

It seems that the long-awaited intra-team confrontation begins in the German team – and the closer Mercedes is to the leaders, the more fierce it will become. 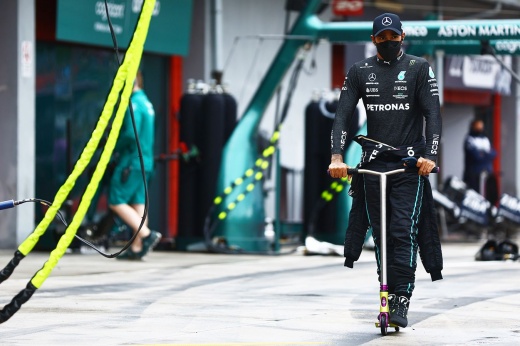 Accident in the Mercedes: the car does not move, Hamilton loses to Russell. Is there any hope?

For most of the race in Miami, Valtteri Bottas occupied the fifth position – the Finn had a real chance to be the fastest among the pilots of the middle teams. In the first segment, Bottas broke away from Hamilton, and began to lose the advantage only after he was behind Russell, who was delaying the pit stop. Even after the restart, Bottas managed to keep a couple of Mercedes behind him for some time, and only after an error at the end of the 49th lap did Valtteri lose his position …

It is ironic that, having left the Silver Arrows, the Finn finally got the technique with which he can get ahead of Hamilton, but he makes mistakes (let’s not forget about the flight in training) and loses the available opportunities. On the other hand, after such a pace, it becomes obvious that the position in the Constructors’ Championship does not reflect the true potential of Alfa Romeo. 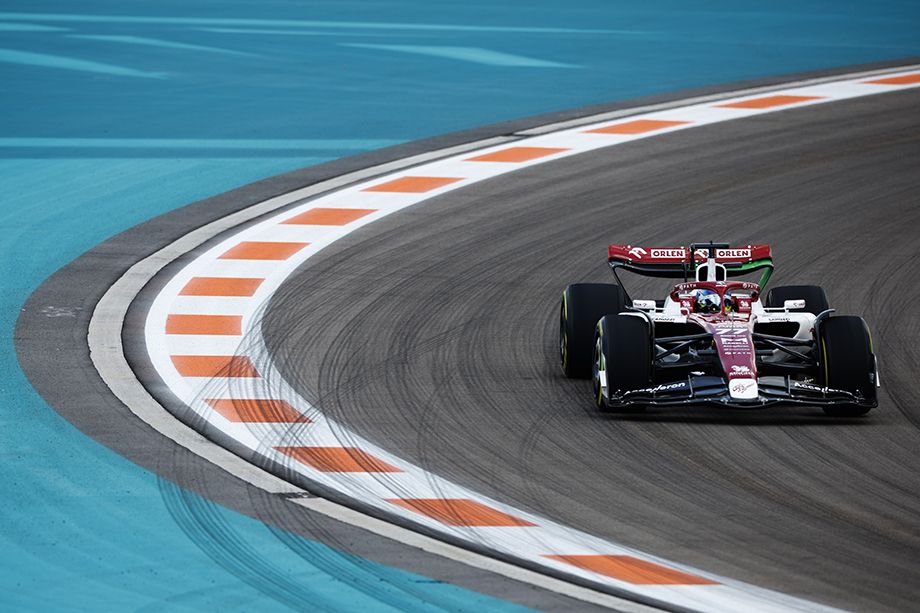 The failure of Schumacher

One of the most sensational episodes of the race was the collision of Mick Schumacher and Sebastian Vettel at the end of the race: the two Germans fought in the end of the top 10, and Mick hurried to attack in the first turn: the Haas driver wanted to go to eighth (taking into account Alonso’s penalty) place, but eventually rammed the Aston Martin.

Mick had made strange mistakes before – you can remember, for example, a crash during a safety car in Imola last year, but then he was a debutant and a lot was forgiven him. Now, when he has a full season behind him, Schumacher is expected to be more reasonable and composure behind the wheel, however, it seems that regular defeats from a more experienced partner unsettle the German. And what are his future prospects, if even at this level Mick can’t cope? 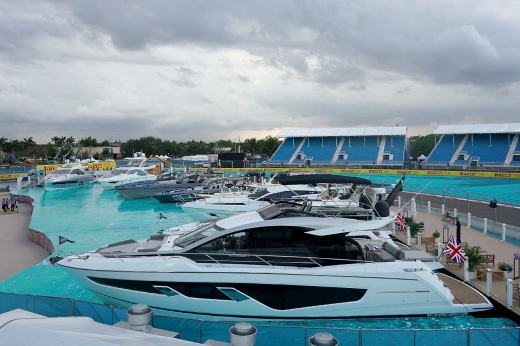 The new F-1 stage has become the object of ridicule because of the fake bay. Maximum absurdity

Looking forward to more next year

The first Grand Prix on the new circuit around the Hard Rock stadium was not entirely smooth. Ridicule about the water painted on plastic did not spoil the holiday, but an unfortunate accident in the 15th turn could well have been – the bare concrete fenders caused discontent among the pilots, who asked to install TecPro barriers in this place, but were not heard.

Another problem was the slippery asphalt, on which the riders did not risk attacking outside the trajectory. Perhaps for this reason, until the accident of Norris and Gasley, the race was pretty insipid. But let’s hope that next year there will be more grip, and the pilots will be able to attack more confidently, because the track from Apex Circuit Design turned out to be tricky and interesting. 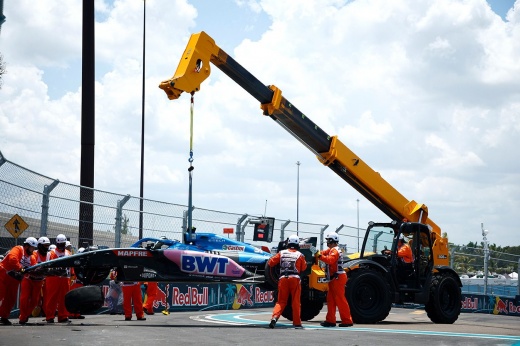 The pilots warned F-1 about a dangerous turn, but they were not listened to. But they banned piercing!