The heavy rain that repeatedly poured over Singapore on Saturday morning decided that it was enough for qualifying: the races were held on a drying track, which promised surprises in the first part of the session and required the pilots and teams to constantly adapt to the conditions for the most successful result.

Q1: Bottas is knocked out by Schumacher, Okona is the brakes

In the first segment of the qualification, it didn’t come to slicks: even before the second attempt, none of the riders dared to abandon the intermediate rubber. Accordingly, the tires were the same for everyone, but the track was drying up, so the last minutes of the segment should have been decisive.

There were no sensations: all the favorites easily, without nerves, made their way further, without delaying things until the last seconds. Haas and Alfa Romeo had to worry the most: Mick Schumacher was the last to go on a fast lap in an attempt to get ahead of Valtteri Bottas. The German went through the sectors almost at the same time as the Finn, but in the third he nevertheless added and pushed the Alpha leader to 16th position – despite the fact that Zhou went further and not for the first time outstripped an experienced partner.

In addition to Bottas, Daniel Riccardo did not go further (in fairness, Norris made it only 15th), Ocon, Albon and Latifi. “Williams”, thus, turned out to be confidently the weakest, and as for Esteban, his brakes stopped working on the decisive lap. You understand, in Singapore, and besides, on a damp track, this is a sentence.

The first attempts in the second segment also took place on intermediate tires, but by the end of the segment, a number of pilots had already decided to switch to slicks, despite the fact that some parts of the track remained wet. And yet, it seemed to some riders that dry tires were potentially faster – one had to take risks, otherwise the Q3 would not be seen.

After the first attempts, two Haas pilots, Zhou, Russell (!) and Tsunoda, did not go further, while two Aston Martin pilots and Zhou put on the “software” – and did not guess. Vettel made a mistake, Zhou remained 15th, and Stroll, although he was doing well in the sectors, showed only the 12th time – in addition to his colleagues in the wrong choice of tires, Lance was ahead of Mick Schumacher. But Magnussen, unlike the Germans, went further. 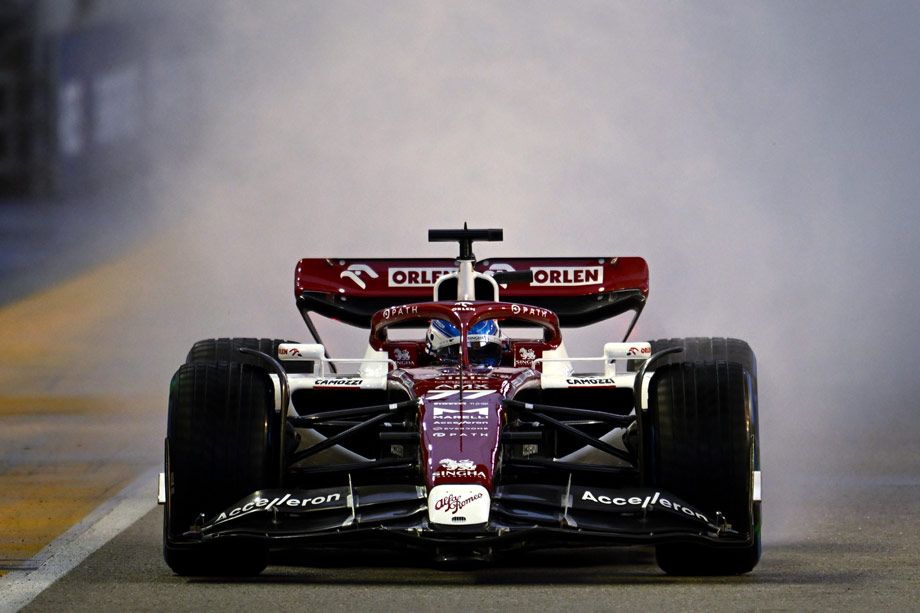 Bottas didn’t make it past the first segment

As for the main loser of the segment, it obviously turned out to be Russell. For George, the first attempt went so-so, and the second did not turn out much better. Later improvements from competitors pushed the Mercedes driver back to 11th place – a virtual failure, especially since Hamilton was more than a second faster. It’s a shame: George lost six thousandths of a second to Magnussen. And we note that the pilots of the Alpha Tauri went further in full force. 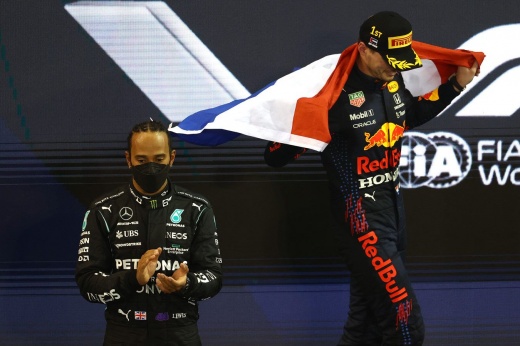 What Verstappen needs for an early championship. And why is Hamilton sad because of Max

Q3: everything was decided by the fuel!

By the third segment, they have almost lost their switch to slicks. True, Ferrari at first wanted to release Charles Leclerc at intermediates, but at the last moment changed her mind and, having detained the leader in the pits, changed his car to soft. Only Tsunoda left on the intermediate ones and even managed to get ahead of Verstappen on the first lap, but it was obvious: the leaders simply do not want to take risks right away, and the “software” is faster, it is already working.

At the same time, all the owners of the “software” chose an atypical tactic for qualifying: to spend the entire segment on one set, not stopping by the pits. The reason for this is the long Singapore circle, and the need to warm up the tires for a long time on cold pavement. More laps than usual ended up causing the pilots to start running out of fuel – and that fixed everything!

On the final fast lap, after two sectors, Max Verstappen “carried” Charles Leclerc for almost a second, but suddenly he heard an order from the team to drive into the pits – the engineers calculated that if the Dutchman drives another lap, then he simply won’t have enough fuel to check! The almost two-time champion cursed, but obeyed – and now he will start only eighth!

As for Leclerc, he did not finish the final lap either, although he was improving – albeit not as much as Verstappen’s. But the previous round of the Monegasque was miraculously enough for pole position. Sergio Perez lost only 22 thousandths to him, Lewis Hamilton – 54, Carlos Sainz – less than two tenths. The tightest session!

We also note the fifth result of Fernando Alonso and the sixth place of Lando Norris – and this is after the Briton barely passed into Q2. Gasly took seventh place, and only Magnussen and Tsunoda were behind Verstappen.

Now Max is waiting for another breakthrough – but on the street track, the Dutchman will obviously have a harder time than in Spa or Monza. The more interesting will be the Sunday race, which starts at 15:00 Moscow time! 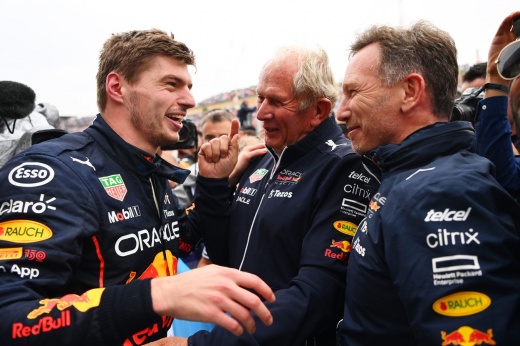