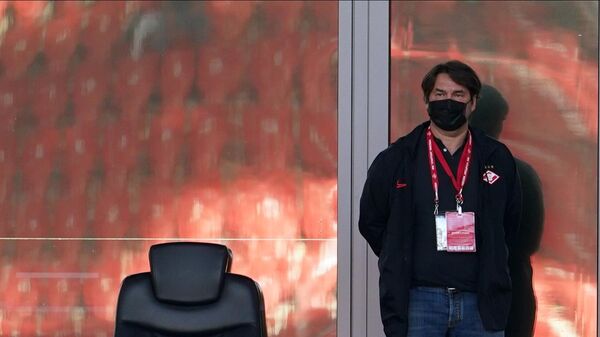 MOSCOW, April 26 – Shamil Gazizov, ex-general director of Spartak Football Club JSC, filed a complaint with the Supreme Court, demanding a review of the decisions of lower courts that found the procedure for his dismissal from the club illegal, including the condition for paying him more than 399 million rubles in severance pay.
As follows from the information in the file of arbitration cases, the cassation appeal was received on April 21, no decisions have been made on it yet. As a rule, cassation appeals are considered by judges of the Supreme Court of the Russian Federation within two months.
This trial was initiated by the Capital Assets company, which owns a 22% stake in Spartak. In her lawsuit against the club and Gazizov, she demanded that the decisions taken in December 2020 be recognized as illegal – the decision of the Spartak board of directors to delegate to its chairman Leonid Fedun the right to determine the conditions for terminating the employment contract with Gazizov and Fedun’s decision to agree on the termination of the contract on the terms of an additional agreement to it.
One of the conditions established the obligation of the club to pay the ex-general director more than 399 million rubles in four monthly installments until March 10, 2021, the second provides for Gazizov’s remuneration for a possible transfer of football player Oston Urunov from Spartak.
The Moscow Arbitration Court rejected the claim of Capital Assets in August 2021. In particular, he pointed out that in Spartak, since 2012, the club’s board of directors has always delegated to the chairman or his deputy the authority to sign contracts on behalf of the club. The court also did not consider the severance pay excessive, since in five years under the contract Gazizov would have received more – almost 510 million rubles.
However, the Ninth Arbitration Court of Appeal reversed the decision in October and satisfied the claim of the Spartak shareholder. He came to the conclusion that neither the law on joint-stock companies nor the club’s charter “generally provides for cases of transferring the powers of the board of directors to its chairman.” The district court agreed with the appeal in February and rejected Gazizov’s first cassation.
In parallel, Gazizov, who received only the first tranche (about 100 million rubles), in Bashkiria demanded to recover from Spartak the debt under the contract. Oktyabrsky District Court of Ufa in June satisfied his claim, obliging the club to pay more than 299 million rubles of principal, more than 5 million rubles of interest and 10,000 rubles of moral damages.
But the Supreme Court of Bashkiria in December overturned the decision on the appeal of the club and rejected the claim. At the same time, the appellate instance referred, among other things, to the decision of the Ninth Arbitration Court of Appeal.
Gazizov served as CEO of Spartak from July to December 2020. Before moving to the capital club, the functionary held a similar position in Ufa. Currently, he has returned to the Bashkir club again.