At 40, Ilya Peresedov is a journalist, radio host, and entrepreneur. It’s hard to believe, but three years ago Ilya weighed more than 150 kg, and a year and a half later he ran two half marathons and the Moscow Marathon. He was helped to lose weight by 65 kg by a special approach to the process – about this and about why, supporting body-positive, Ilya nevertheless decided to get rid of extra pounds, he told the “Championship”. 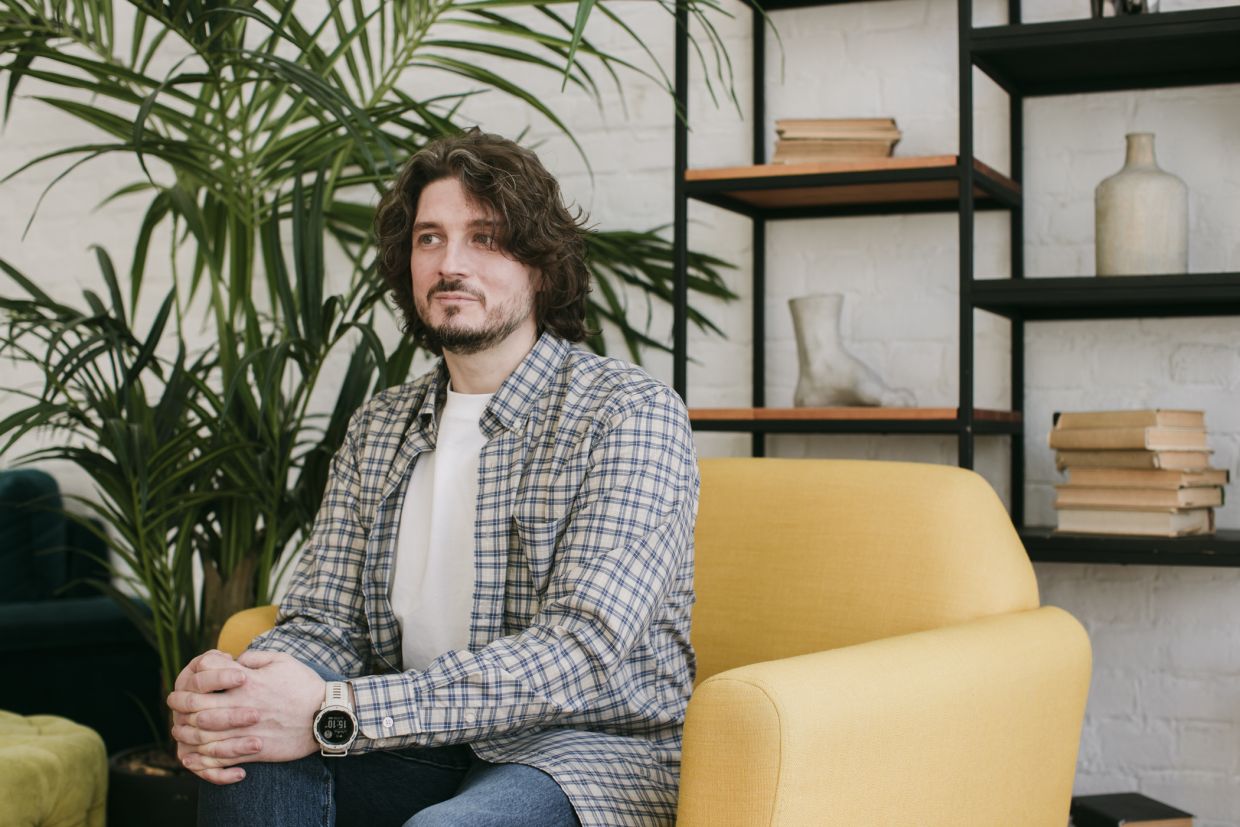 “I felt gravity on myself – extra pounds”: how it all began

My solution had multiple triggers. First, at some point I scored a lot. I have always had problems with weight – somewhere from the eighth grade, he fluctuated in the range of 80-100 kg. That, in general, today is considered a tolerable norm for a man. Especially in Russia. That is, with my height of 185 cm and weight of 110 kg, I was considered a man in the body, at 120 kg – well, yes, I picked it up. I lived in this mode: I drove something, I typed something. And then there was a rapid jump: in about three years, the weight rose from 120 to 150 kg. I felt the “gravity” on me – additional kilograms.

Being overweight had a lot of problems. I could not move calmly on my own: there were constant dislocations of the knees and feet. And to avoid this, I had to take a taxi even within a block. I suffered from headaches, snoring, nervous breakdowns.

Fat is an endocrine organ and produces more hormones than the thyroid gland. When there is too much of it, it provokes inflammation throughout the body, including in the nervous system. Therefore, large people are very emotionally vulnerable and excited, and not only from the violence that they are subject to in society.

I could not find clothes of the right size in ordinary stores, my jeans were worn and burst, the belt did not fasten. And on the plane, you had to ask for an extra “tail” to fasten your seat belt. When I came to the summer cafe, I most likely got up with an armchair. And if I came to some lecture hall, folding chairs cracked and broke under me – it was very awkward all the time. 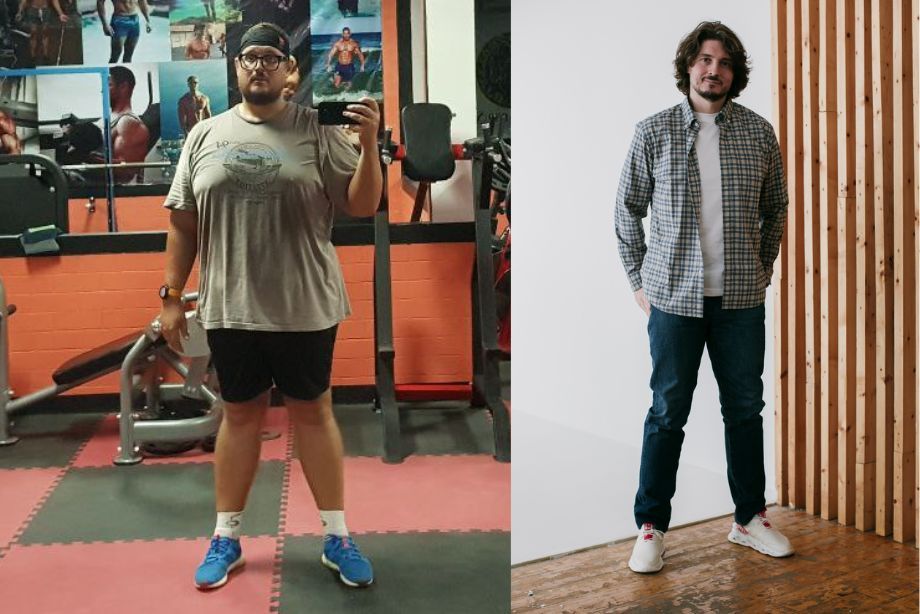 I have congenital connective tissue dysplasia and because of this, very mobile flexible joints. And when I show people pictures from my past, they don’t believe me. In old photos, I’m big, I have X-shaped legs, but now that I’ve lost weight, they’ve evened out. Many write that there are two different people in the photo, although in reality this is not the case. I didn’t have X-shaped legs, but due to excess weight and moving ligaments, my knees “broke” under the weight. When I lost weight and strengthened my legs, they became even.

I did not have a systemic sports past and generally no experience of regular physical education. As a child, I did not go to the sections.

I didn’t have a developed muscle frame at the time when I started to lose weight, and this is very important. Now magazines publish pictures of plus-size models and offer to look up to them. Each such girl will have a beautiful body geometry, they are physically well developed. Take, for example, Billie Eilish, who is becoming an icon of body positivity today. She has a gymnastic past, and, accordingly, there is a developed muscular frame. When she needs it, she can quickly lose weight. People with a sports background have completely different muscles, they have muscle memory. Therefore, they recover faster. If you see videos where the trainer gained 30 kg, and then shows how to drive them away, you should know that this is a conversation in favor of the poor. It will not be easy for a person without a sports background to achieve such a result.

In one study, doctors and patients were interviewed: more patients are willing to hear about their weight problems and do something about it than the number of doctors who are willing to tell them about it. 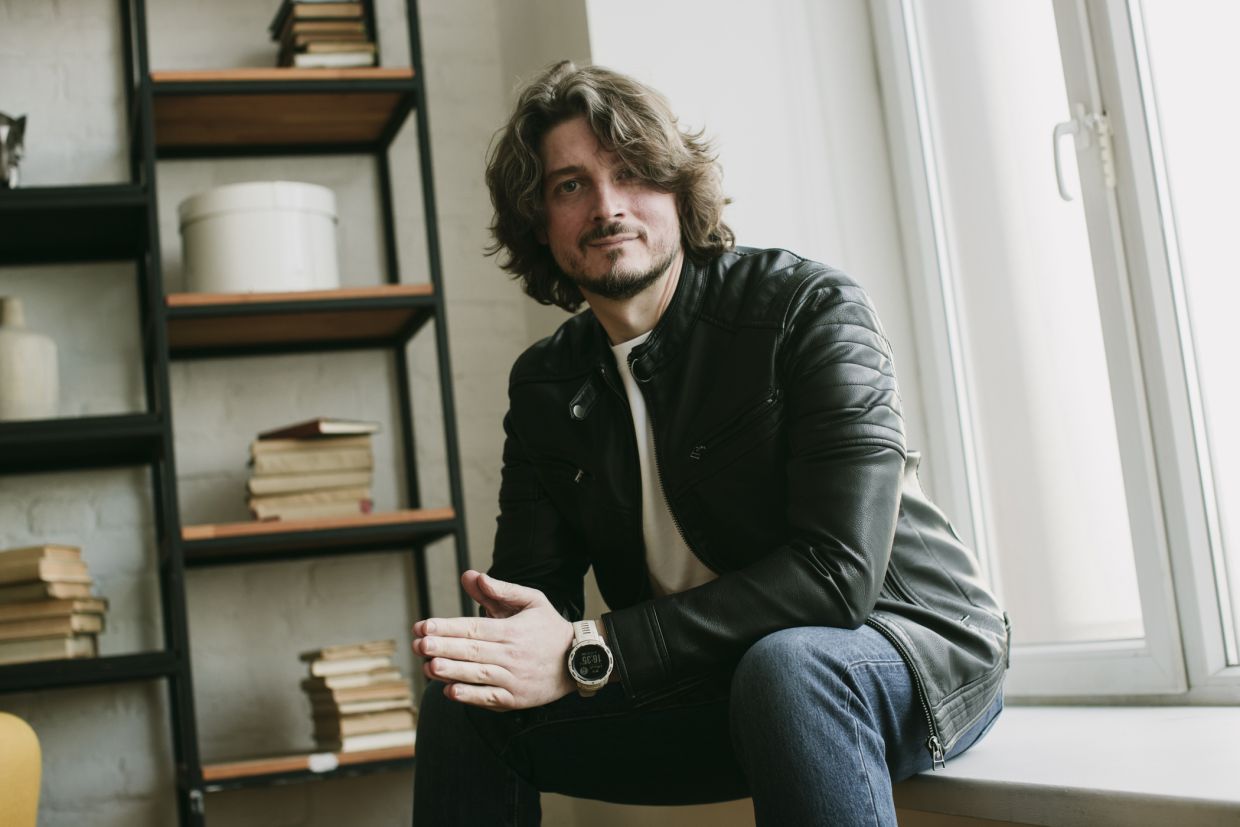 I had a doctor whom I trust very much and who honestly described all my prospects. He showed the tests and said that if I had come to a regular hospital, I would have already been diagnosed with diabetes. If the weight gain continued, most likely, not only would I become less mobile, but I would stop leaving the apartment altogether. And in the future, I would have become a bed patient.

I got inspired and started working on myself. Went to a good nutritionist. And, surprisingly, it was quite a traumatic experience for me. She suddenly began to say that I would have to keep a food diary, report to her, offered to give injections and drink pills. At that moment, I felt that I was being “dehumanized”, that I was turning from an active person into an “appendage” of the medical conveyor. I didn’t like it at all, I left and never came back. But at that moment I realized that my future would be exactly like this if I did not take action myself. 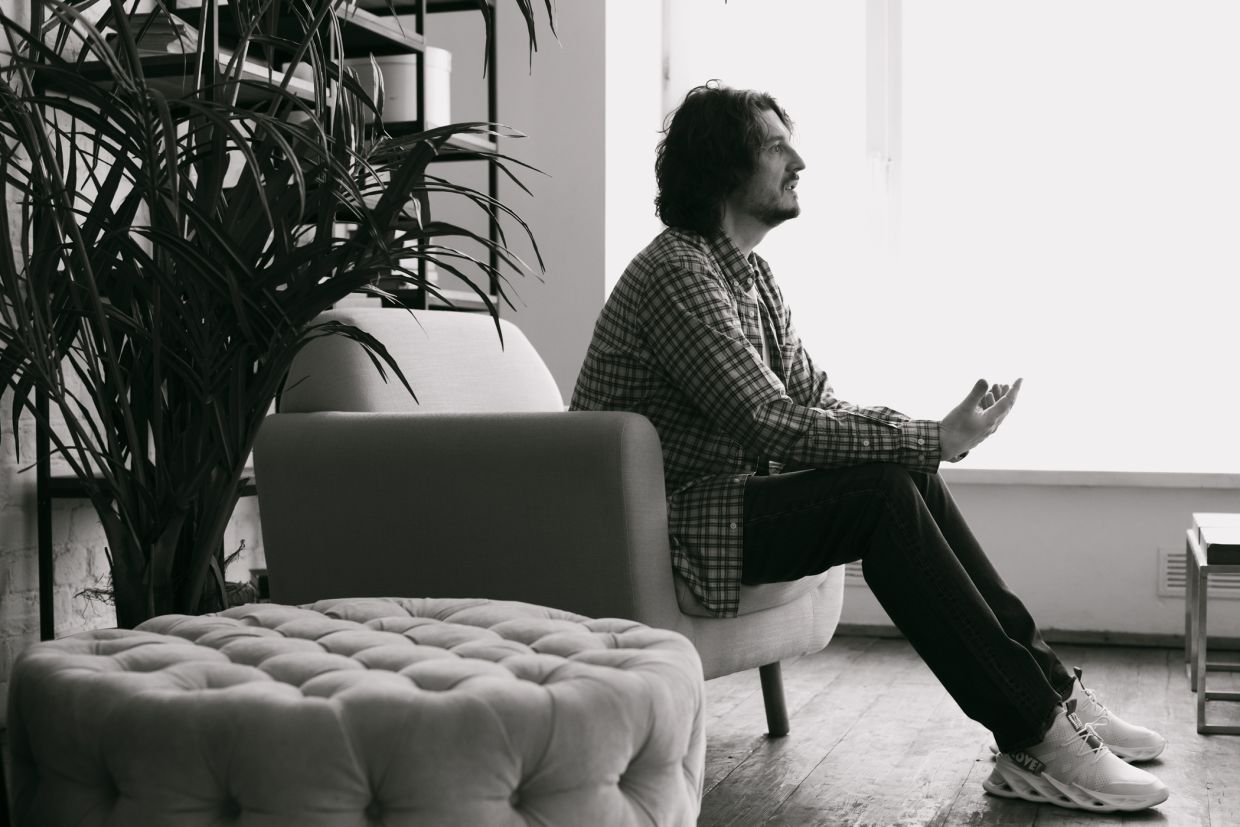 I analyzed my problem, took it seriously. Figured out how to act to change, but keep the feeling that I hold life in my hands.

“I ate less, moved more”: why this approach does not always work

Speaking very roughly, we can say that I ate less and moved more. But why is this phrase meaningless almost 90% of the time? Firstly, any driver will tell you: if you have a car, the same Lamborghini, in order for it to be in good condition, you need to drive it regularly. And keep it in good conditions. And the driver who drives this car must be qualified. At the same time, at least some kind of road should come out of the garage, and it is advisable not to drive under overload conditions – not under the scorching sun or in Sicily during a volcanic eruption.

For 99% of people who fail to lose weight on the “eat less, move more” advice, the problem is not that the advice is false. And just in the presence of a driver who will control the body-machine, in the presence of a road along which you can go, etc. That is, the majority, in fact, do not have the time and strength to resist the environment.

You can cut calories as much as you like, but your grandmother is waiting for you at home with a currant pie and says that she will be offended if you do not eat a piece.

Or, for example, you go to the fitness room, where you work out according to a special program without cardio loads from a trainer. Although in an hour of swing-steps you will burn a maximum of 250 kcal, but for the same time on the treadmill – about 400 kcal. After a workout, you go down to the fitness club cafeteria with a sense of accomplishment – and what do you meet there? A fitness cafe where you are offered a fresh juice of the same 250 kcal with a protein bar of 300 kcal in addition. So it turns out: I burned 250 kcal, and ate 500 kcal. We returned home, had breakfast and dinner with a leaf. Then say: “Why am I not losing weight?”. And the good coach replies: “You have problems with the endocrine system, buy these dietary supplements from me.” 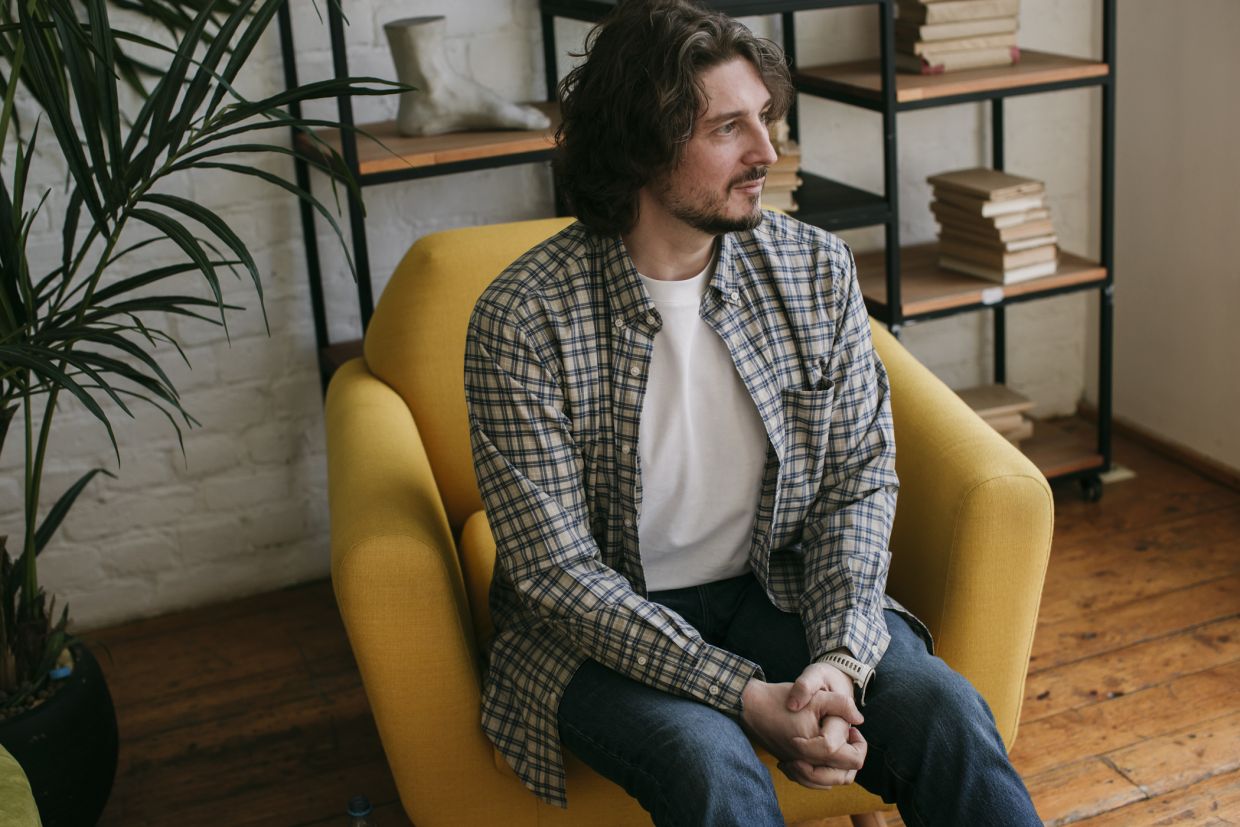 “I didn’t turn into a fit girl who collects all sorts of medals”: ​​what has changed after losing weight

On the one hand, if you look globally, nothing much has changed. My identity has not changed. I can’t say, as some people who have gone through a makeover say, “Ugh, I used to be a fat, miserable outsider, and now I’m kind of the best version of myself.” Again, I can’t say that my communication environment has radically changed: I haven’t turned into a fit girl who runs “through the mountains, over the valleys”, collecting all sorts of medals. What kind of friends came to visit me six years ago, such friends come now.

My cultural background has not changed radically. The only difference is that I learned to wear lenses. Before that, I wore glasses all my life, but now I had to change my habits: when you run, you sweat a lot – wearing glasses is very uncomfortable. At the same time, as I was a bookworm, so I remained one. The overall picture of my life has not changed. 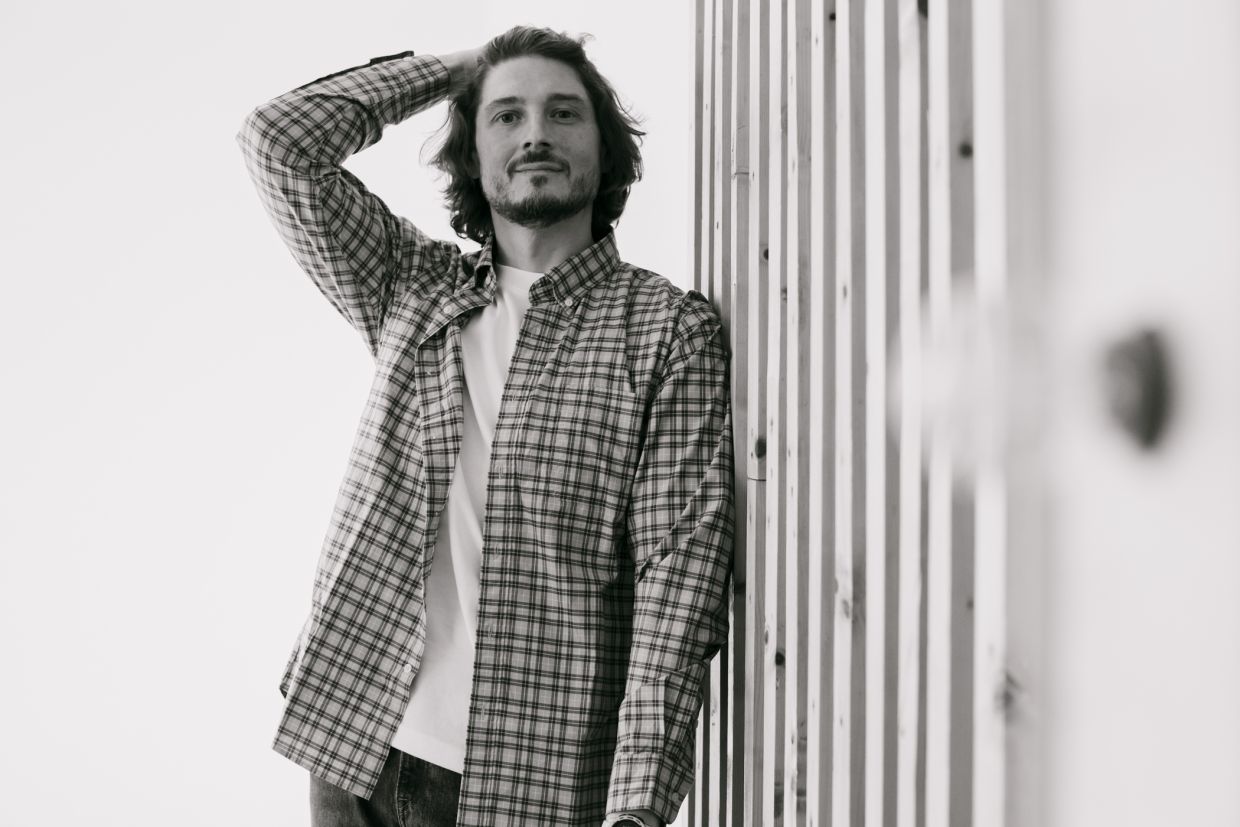 On the other hand, it felt like I moved to another planet or went through the closet to Narnia, found myself in a parallel reality. When you lose more than 20 kg in weight, you feel gravity in a completely different way. Imagine hanging a vest on you at least weighing the same 20 kg and making it look like a few days: fall asleep in it, wake up in it. And then take it off. You will surely feel the difference. The most interesting thing is that if you wear these chains, then at some point you will stop feeling them, but if you take them off, you will clearly feel them.

After I dropped these 20 kg, my sleep, heartbeat, metabolism changed. As if I really moved to another planet. Take sea lions as an example. On the shore, these are such absurdities that they barely roll over. But in the water they are swift, graceful and dangerous predators. Therefore, in my opinion, the problem of excess weight is not at all in aesthetics and social stereotypes. If I could move to a world with a different gravity and gracefully flutter like a sea lion, maybe I would still weigh 200 kg now, you know? But there is no such possibility. 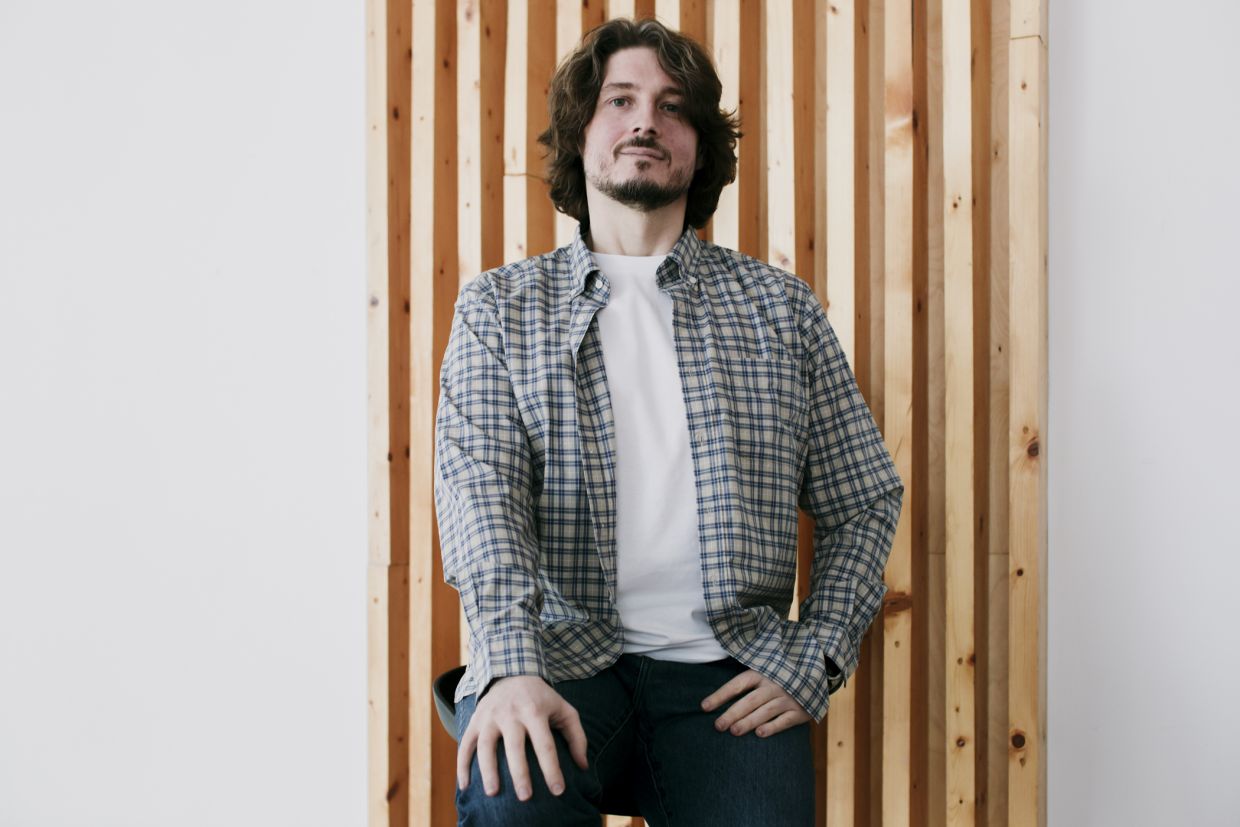 In this case, I stand on the position of American medicine: obesity as a medical diagnosis, it is an incurable disease, it can only have a zero stage, like alcoholism, for example. If you have already entered the obesity zone, then the maximum that is possible is the zero degree, when there is no formal threat to life and health. But there is always the possibility of a relapse. Therefore, today I talk about myself as an obese person, although formally my weight fits into the medical norm.

My weight loss is probably the only large-scale project in which I can attribute 100% responsibility for success and all the laurels to myself. Of course, doctors, trainers, nutrition consultants, and someone else helped me along the way. But I have never had a dependent role, as if I come to someone to save me. This has always been my author’s story. And in relation to the rest of the actors, I acted as an employer: he takes the performer for a specific task, imagines the KPI that he should receive, and calmly leaves when he realizes that the time has come.