In the Czech Republic they are already talking about medals, is it good for them without the Russian team? What’s going on at the 2022 World Cup 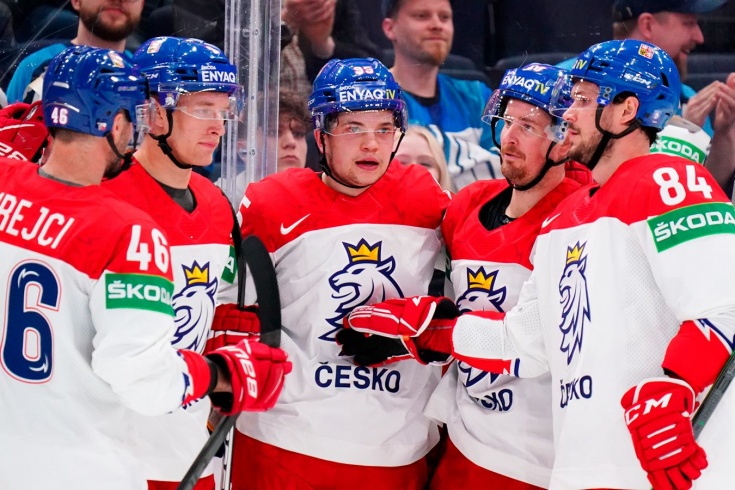 They note that without one of the main contenders for the podium, the task is simplified.

On the second day of the 2022 Ice Hockey World Championship, six matches were played, which gave a crushing defeat of the Kazakhstanis, an incredible drama of Latvia, a perfect performance by Germany and a promising start to the Czech Republic.

The Danish national team mocked Kazakhstan and defeated the opponent with a score of 9:1. Recently, Danish hockey has made serious progress, as many hockey experts have said more than once. But in Kazakhstani hockey, everything is bad. For some reason, the local federation naturalized a large number of foreigners, but, as we see, the Swedes and Canadians with Kazakhstani passports come to the World Cup not to help the national team, but to serve their number on the ice.

Kirill Savitsky, a pupil of Ust-Kamenogorsk hockey, who did not allow Sebastian Dam to play to zero, was the author of the only puck against the opponent, with the already shameful 0:9 on the scoreboard. Otherwise, for Kazakhstan it was complete darkness and failure: the pucks flew from all possible positions, the goalkeepers played poorly. Yuri Mikhailis will have something to think about before the next meeting. 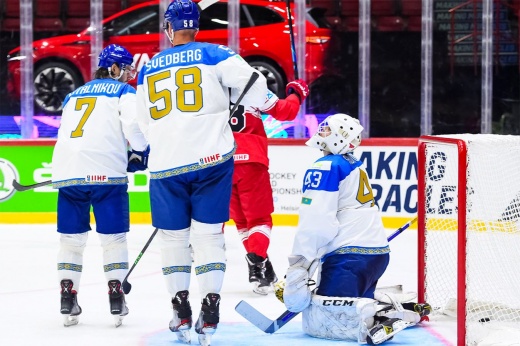 Such Canadians and Swedes need to be driven from the World Cup! Why are they dishonoring Kazakhstan?

Sweden beat Austria in the class – 3:1. For this match, the Swedes announced only 15 field players, but this was enough for the team of Yukhan Garpenlev. No extra effort has been spent, the result has been achieved, however, much more resources will have to be used for future meetings. Especially considering the fact that Tre Krunur is now playing with the Czechs. In the reporting confrontation, we separately note the first period in which Sweden and Austria scored three goals for two.

Switzerland routinely and easily beat the Italian team – 5:2. In this meeting, he noted the goal of the forward of the nominal owners Denis Malgin. Interestingly, Denis Albertovich Malgin is Russian by origin. His father is from Perm, and although Denis himself was born in 1997 in Switzerland (where Albert Malgin played at that time), he speaks our language perfectly and does not forget his roots. So we can state the first Russian goal at the 2022 World Cup. Although, of course, it would be better if we saw this goal in the performance of the Russian team, unfairly suspended from the tournament.

The Czechs left no chance for the UK team – 5:1. In general, of course, the World Cup loses a lot in quality when teams such as Austria, Italy, Great Britain and the like take part in it. Most of the matches slide into empty banality. In the reporting confrontation, Matei Blyumel, and Chervenka, from a shootout assigned to the opponent’s goal, hit two posts. A special backlight even turned on at the goal, which indicates a fixed goal, but in fact it was not there, which was later figured out.

But a minute later, Jakub Fleck doubled the advantage of the Czechs, and in the third period, Kari Jalonen’s team brought the score to a devastating one – Irzhichek, Chernokh and Blumel, who scored a double, scored. British Ben Lake scored the puck of prestige.

The Czechs started the tournament with a victory, and that night David Pastrnak was released for the national team. Whether he will come to Finland is still unknown, but in the Czech Republic they are already sure that this year the team will definitely take the medal, especially without one of the main competitors in the person of the Russian team and the cards in their hands. 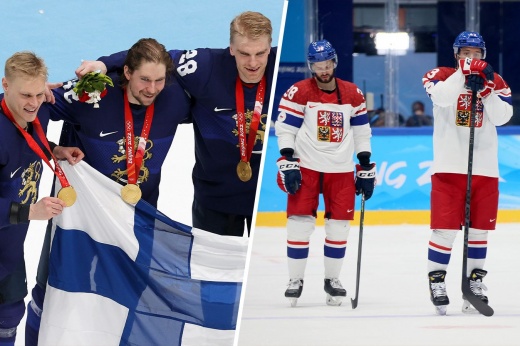 The Finns are going for the golden double, the Czechs are tired of embarrassing themselves. Analysis of group B at the World Cup-22 in hockey

“The Czech Republic will bring a medal, it will be silver. In the last matches before the World Cup, we showed the best game in my memory. Expectations are always high, but this year they are even higher because of how great the team played before the tournament,” predicts Olympic champion Dominik Hasek.

“In the last two tournaments, the team has shown that they can play with top opponents. The advantage, and not only for us, is that there is no Russian team at the World Cup. We can take the medal. We are obliged to leave the group, and in the quarterfinals we can go to the opponent easier. If we reach the semi-finals, then everything will be very close. Our team can get stronger, although everyone else can too. If Pastrnak arrives, he can be put on a link to Krejci, this will become a serious strengthening of the attack, ”says world champion and Olympic champion Martin Prochazka.

Even the head coach himself, even before the start of the World Cup, said that he believed not just in a medal, but in victory. “I am a realist and I know that we can win gold,” said Kari Jalonen.

The Latvians fought like lions – Rudolfs Balzers opened the scoring in the first period, in a brilliant style by converting two to one, but in the end the hosts of the tournament put pressure on them. Sakari Manninen equalized with a powerplay midway through the match, and Mikael Granlund’s goal was decisive three minutes before the final siren. After the game, the Latvians had big complaints about refereeing – the Finns scored the winning goal after the removal of Mārtiņš Dzierkals. “We played well tactically and deserved at least one point. I don’t want to talk about judging, but usually they don’t do that. I think in the last five minutes we should let the teams play. After the match, the referees came up and said they made a mistake. But what does it give us?” Harijs Vitolins said. 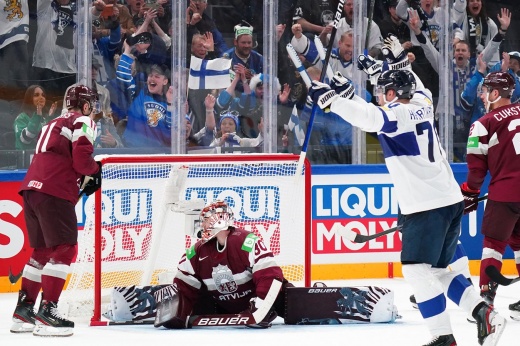 Latvia was close to the main sensation at the World Cup! Everything was spoiled by the star rookie of the Finns from the NHL

This is only the second day of the tournament, but the match was incredibly important for both the Slovaks and the Germans, as it could be decisive in the fight for the quarterfinals. The German national team made only 16 shots (three in the third period), but this did not stop her from winning. Matthias Plachta and Leonard Pföderl scored with a 5-minute difference – Christian Pospisil quickly closed the gap, but Philip Grubauer stepped in, who refused to concede another and ended the game with 28 saves.

Top stories of the day

Finnish journalist: now Ovi can play for Russia at the World Cup! Though wait…

Schedule of matches for May 15