Home News Ice Hockey World Championship – 2022, where it will be held, calendar,...

On May 13, the Ice Hockey World Championship 2022 starts in Finland. True, for Russian fans this season it will not be so interesting, because our team will not be at the tournament. As well as the Belarus national team. Easy walk for Canada? At least the Finnish national team will argue with this. We talk about what to expect from the world championship.

Boris Mayorov admitted that he had forgotten about the start of the World Hockey Championship.

Formula WCH-2022 and the composition of the groups

The Ice Hockey World Championship 2022 will be held in Finland from 13 to 29 May. The matches will be hosted by two cities – Helsinki and Tampere.

As you probably know, the national teams of Russia and Belarus will not play at the World Cup this year because of the Ukrainian events. Their places were taken by Austria and France. How will this affect the tournament? On the one hand, one place in the quarterfinals became vacant for the middle peasants. Still, even before the start of any of the last tournaments, at least 6 participants in the knockout games could be named. Now there is less predictability.

Kozhevnikov suggested that Bykov’s son refuse to play for Switzerland.

On the other hand, the Russian national team cannot be easily replaced. No matter how criticized our team is, in terms of its level, it is one of the strongest teams in the world. This means that the overall level of competition will inevitably decrease. The stratification between leaders and outsiders will grow. Of course, the commercial attractiveness of the championship will also decrease.

Team Canada is the reigning world champion. Maple Leaves put together a very good composition. In attack, Pierre-Luc Dubois and Matthew Barzal stand out, in defense, Tom Chabot. But in the course of the tournament, Canada will certainly be strengthened by hockey players from clubs that have taken off from the Stanley Cup. The main problem is the goalkeepers. The team of Chris Dredger, Logan Thompson and Matt Tomkins does not inspire 100% confidence. However, for them this is a good chance to prove themselves. In the meantime, bookmakers are carefully assessing the chances of Canada, you can bet that the Maple will defend the title with odds of 3.65.

Analysts see the hosts, Finland, as the main favorites. You can bet on Olympic champions for 3.50. And they are ready to repeat their Beijing success. Well, the stands should help them with this. Suomi has a systematic approach, Jukka Jalonen has been working for a long time and convincingly. Well, the composition of the Finns is impressive. In addition, they have already managed to get a boost. “Nashville” Mikael Granlund lost in the Stanley Cup in four games, and the striker is already in a hurry to his homeland to help the team.

Among the favorites, unexpectedly, was the Czech Republic. We have not seen this team on the podium for 10 years, but this year the team is determined. 7 hockey players have already arrived from the NHL, led by Piotr Vrana and Tomas Gertl. You can bet on the Czech Republic for 5.10.

How he does it?! Kaprizov rewrites history and single-handedly drags the Minnesota.

Sweden’s chances are estimated at 5.70. Yes, the team failed at last year’s tournament, not leaving the group, but now the World Cup is held almost at home. Yes, and from the NHL drove up an impressive landing. The defense was especially strengthened: goalkeeper Magnus Hellberg, defenders Rasmus Dahlin, Oliver Ekman-Larsson, Erik Gustafsson and Adam Larsson. There is no way to dismiss Tre Krunur.

But the US team could not assemble a strong squad for the tournament. There are a lot of young people, players of the 3rd-4th links of not the strongest clubs in the NHL. It seems that the maximum task for this team will be getting into the playoffs. Odds to win – 13.00. More chances are given even to Switzerland (10.00), although why are we surprised? The Swiss have an experienced line-up, and in recent years there have been very good successes.

Of course, it will be a little sad to watch the tournament without the Russian team. But the World Cup is the World Cup. Good luck bidding!

Ilya Kovalchuk told which club he supports in the NHL playoffs.

Sergei Fedorov commented on the rumors about the interest of Detroit. 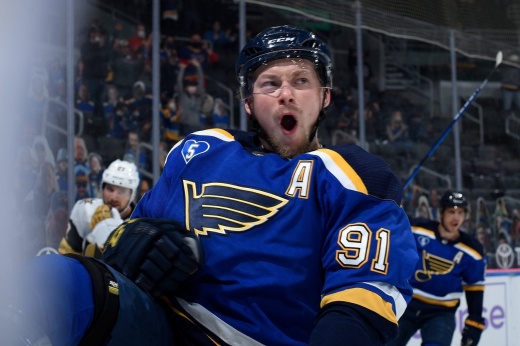 “St. Louis” – “Minnesota”, the 6th match. Kirill Kaprizov – everything? Tarasenko will not miss his