Home News Intra-team battle in the Mercedes: will Russell become the first pilot, and...

On the eve of the 2022 season, it seemed that the main task of George Russell for the starting segment of the championship was not to be eaten by the seven-time champion in an intra-team duel. But if today we look at the personal standings, we will find that the newcomer of Mercedes is ahead of the titled Hamilton by 21 points, and Lewis himself is on the heels of his last year’s teammate Valteri Bottas, who now stands for Alfa Romeo. Apparently, Russell made a serious bid to become the leader of Mercedes this year. 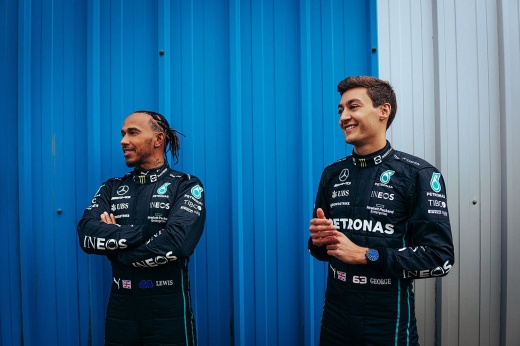 Don’t become #2 Bottas. Why the first season at Mercedes will be key for Russell

Russell steadily scores while Hamilton falls through the race

Will the talented rookie Russell help Hamilton in his fight for the title, or will he challenge the eminent partner – this is how one of the main intrigues of this season was formulated. However, the question disappeared by itself: Mercedes this year is corny not able to fight for victories (at least for now). At the same time, it is worth recognizing that in the new reality, it is George who looks like a potential team leader.

The Mercedes has terrible problems with warming up the rubber, the revolutionary design of the side pontoons brought absolutely nothing, and the Silver Arrows suffer almost the most from the galloping effect. As shown by the first four stages of the season, in such conditions, Lewis is not able to squeeze the maximum out of the car, which it has. And Russell’s results confirm this thesis in the best possible way.

The Mercedes newcomer is surprisingly stable. Yes, he has an unsuccessful qualifying in Bahrain, but Saturday’s flaws, George fully compensated in the race, finishing right behind Hamilton (4th place) – quite a good debut for the new team. At the next stage in Saudi Arabia, Russell finished fifth, while Lewis failed on all fronts: Hamilton could not even get into the second qualifying segment, and scored the only credit score only thanks to the exits from the distance in front of the rivals. This was probably the first wake-up call for Toto Wolf. 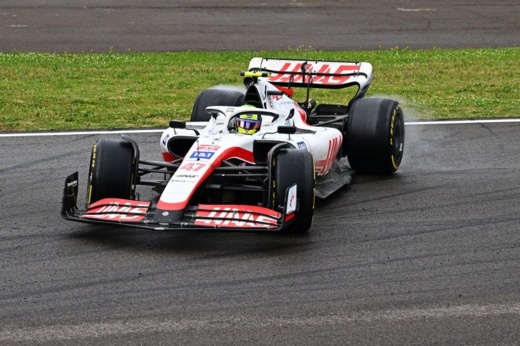 “What is missing Schumacher? Probably talent.” Analysis of the main points and mistakes of the F-1 race

This was followed by Australia, where Lewis was generally faster than his partner, but it was George who got on the podium at the end of the race – he was lucky with a pit stop in the virtual safety car mode. But in Imola, the seven-time champion again spent a terrifying weekend. And if not reaching the third qualifying segment can still be attributed to bad luck (the Mercedes pilots lost the opportunity to improve their times after the Sainz accident), then what happened in the race will definitely remain on Lewis’s conscience.

Starting from 11th place, George Russell won back as many as five positions during the first round (yes, he was lucky with the clash between Sainz and Ricciardo). As for Hamilton, Mercedes number 44 lost at the start to Lance Stroll and moved up one spot only thanks to the incident between Sainz and Ricciardo. That is, in fact, Lewis played nothing at all at the start, and even let the Aston Martin pilot go ahead!

Then Hamilton was stuck in the group of middle peasants, finding himself on the border of the points zone. And after a slight hitch at the pit stop, he ended up in 14th position. The seven-time champion spent the rest of the distance behind Pierre Gasly, making unsuccessful attempts to get around the Frenchman. The icing on the cake of all this horror was the shots where Max Verstappen passes Hamilton for a circle.

For Lewis, the result of a nightmarish weekend was a shameful bagel in the “scored” column, while Russell quite confidently finished fourth, albeit not without the “help” of Leclerc. The fact remains that George regularly brings good points to Mercedes, which cannot be said about Lewis. 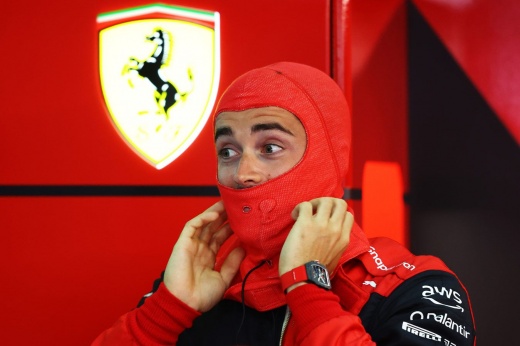 For the current Mercedes, Russell is more suitable than Hamilton

And yet, are Lewis’ current prospects so sad that Russell is one step away from being the first Mercedes pilot? Maybe yes. Clearly, the Silver Arrows rookie has adapted much better to the terribly uncomfortable car than his more experienced partner. Russell seems to be the best of the rest so far – the unspoken leader among those who are not able to fight for victories.

In addition, Russell in this situation has an undeniable psychological advantage. Still, it’s one thing to fight for points, being a seven-time champion, and quite another to do the same after three seasons spent as part of an outsider team. Mentally, Lewis is not used to fighting for such low positions at all. Therefore, what is quite a normal job for many pilots is a real nightmare for Hamilton.

Hamilton had one of the worst season starts of his career

At the moment, Russell looks stronger than Lewis: George is more stable, faster in places and clearly more psychologically stable. If this continues, it is likely that Russell will become the leader of the team during this season. A similar point of view was expressed by the expert on all pressing issues Ralf Schumacher: “He (Hamilton) has to wonder why Russell is so much faster than him. He has to admit that Russell is a better pilot now. If they continue like this over the next few weeks, there may be changes in the hierarchy within the team.”

The 1997 champion Jacques Villeneuve was even more categorical: “If you were Toto Wolff, would you choose your megastar, poster face, champion champion with an international image that costs you a huge amount of money? Or would you be engaged in the development of a car for promising pilots?

Villeneuve, as usual, sees the root of the problem. Now the leadership of “Mercedes” is just right to think about the advisability of cooperation with Lewis Hamilton. Yes, it sounds a little harsh, especially in relation to the seven-time champion and part-time powerful media person. However, from a business point of view, finding such a Hamilton in such a Mercedes really looks strange. Judge for yourself: the Silver Arrows are holding a giant contract (according to various sources, from $40 to $45 million) of a pilot who loses to a younger and lower-paid partner.

And Hamilton himself can’t say that such a Mercedes is badly needed. Today, the German team is going through perhaps the most difficult period in their revived formula program. How soon Mercedes will be able to get out of the technical crisis is still unclear. There is no guarantee that next season the Silver Arrows will return to the fight for victories. Whether such uncertainty is necessary for a person who has won almost everything that is possible in Formula 1 is a big question.

So in theory, the logical conclusion of the epoch-making union of Hamilton and Mercedes is just around the corner. Lewis needs a championship car, and Toto Wolf needs a stable racer, ready to fight on not the most combat-ready equipment. Will the seven-time champion adjust to the new reality, or will the Silver Arrows have to look for a new partner for Russell? We’ll find out at the end of the season. 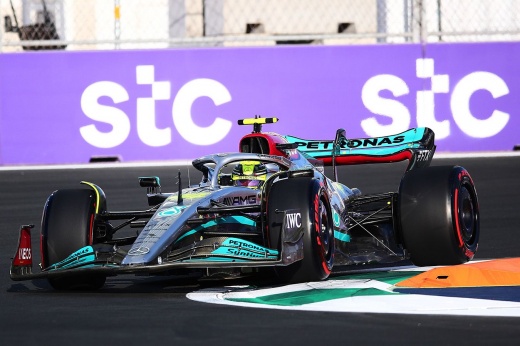 Has the Mercedes season already failed? No, the Germans can still get involved in the fight for the F-1 title