Do you remember how Stefano Pioli’s career at Milan began? Rossoneri fans in October 2019 massively protested against the appointment of the former head coach of Inter to the team. In social networks, the hashtag #PioliOut was even launched and quickly gained popularity. And now, 2.5 years later, Pioli, unfriendly to the fans, led Milan to the first championship since 2011. It is symbolic that at the end of the season his team outperformed Inter.

The attitude of Milan fans towards the appointment of Pioli was, in general, understandable. Until today, this specialist has not won a single trophy, despite the fact that his coaching career has been going on for 20 years.

Statistics in the fall of 2019 cited sad facts for Stefano: the average length of his stay in one club was only 1.07 years, and there were more defeats in Serie A than victories. Pioli was presented as a good motivator, able to put on spectacular football, but they predicted that the team would go through the usual cycle for this specialist with him: a short quick rise, then a decline – and the dismissal of the coach. Now the legendary Arrigo Sacchi, comparing Milan with Inter, says words that are pleasant for any Rossoneri fan:

Milan is not the strongest team, but the closest in spirit to the European style of football, more modern, like Atalanta. They have a team spirit, which is not observed in all clubs. On the other hand, Inter have a stronger squad, but in terms of playing style, the team is stuck in the 1960s. Their style is outdated, it is not effective at the international level… Simone Inzaghi has to go one step further if he wants to put on more modern football and develop.”

The Champions League, it would seem, refutes Sacchi’s arguments, because Milan finished last in the group with Liverpool, Atlético and Porto, while Inter advanced to the playoffs, where they fought with the same Liverpool “. And in the recent semi-finals of the Italian Cup, the Nerazzurri smashed the Rossoneri – 3:0. For Inzaghi and his team, the cup trophy is at least some consolation in the face of failure in the fight for Serie A gold. 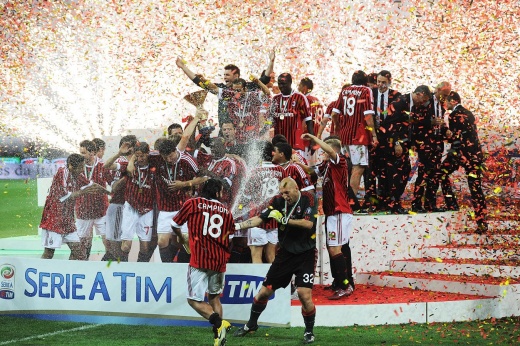 Milan are champions after 11 years! What was the world like when the club took gold for the last time

But in the Italian championship, Milan took away four points from Inter, and we can say that the results of these two matches made the difference in the title race. At the finish, Pioli and Inzaghi shared two points. However, the Nerazzurri lost the title not in early February, when they lost the Rossoneri derby (1:2), but on April 27. And they lost in the most ridiculous way. That day Inzaghi and his players will remember for a long time, and someone probably for the rest of their lives. 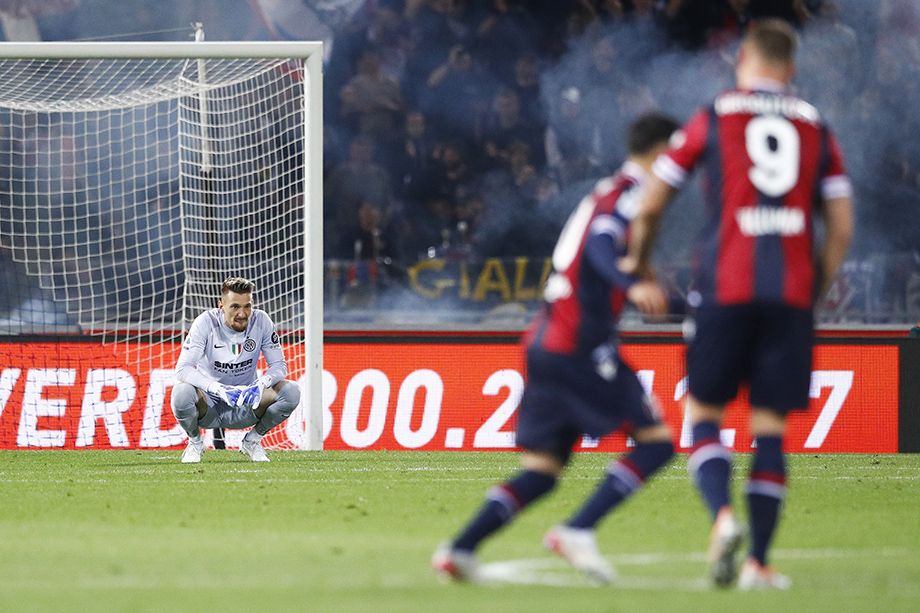 The match in which Inter lost the championship to Milan

Inter played the postponed match with Bologna on the road. In the event of a victory, the Nerazzurri would have come out on top, ahead of Milan by one point. Inzaghi’s team arrived in Bologna without their main goalkeeper Samir Handanovich, who had back problems. He was replaced by Ionuts Radu, a 24-year-old Romanian who has belonged to Inter for most of his career, but has played only five times for him. And who had no practice this season, except for one cup meeting.

Inter scored an early goal, everything went as it should. Nevertheless, in the 28th minute, Bologna bounced back. Then the Nerazzurri attacked a lot (inflicted 26 blows per match!) And had to put pressure on the opponent. However, instead of winning, they received a most offensive defeat, having conceded a curious goal in the 82nd minute. Ivan Perisic threw an out in the direction of Radu, who simply waved past the ball. Terrible, idiotic mistake! Lack of practice ruined the Romanian goalkeeper. Nicola Sansone caught up with the ball actually on the line and pushed it into the net.

After that defeat, Inter won everything. And Milan won everything. Most strikingly, Handanović played in every other Serie A match of the season, but it only took one missed match for the Nerazzurri to lose the title without their captain.

Together with AC Milan, 40-year-old Zlatan Ibrahimovic won the Scudetto. Pioli found a common language with the Swede, who has a difficult character, they sang perfectly. Therefore, Stefano sincerely speaks of his hopes that Zlatan’s contract with AC Milan, which is expiring in the summer, will be extended. Because Ibrahimovic is “an incredible champion.”

By the way, in 2011, the Swede was also part of the champion Milan. Today’s gold is the twelfth in Ibra’s career, and in total the striker has won 32 trophies. Great!

Milan Pioli is a free-spirited and very self-confident team. At least at the level of the Italian championship. Otherwise, we would not have seen in the performance of her players such masterpieces as Theo Hernandez’s goal in the style of Diego Maradona against Atalanta.

Milan needs, if not to extend the contract of Ibrahimovic, then at least to keep the other leaders and strengthen with several high-class newcomers. Otherwise, it will be very difficult to stay at the top, being under pressure from Inter, Juventus and other top Serie A. And Pioli, having celebrated the championship with the players, is probably already thinking about the summer transfer window.