He staggered and fell – as in an absurd dance. The Destroyer could not withstand the power of Blachowicz. Video 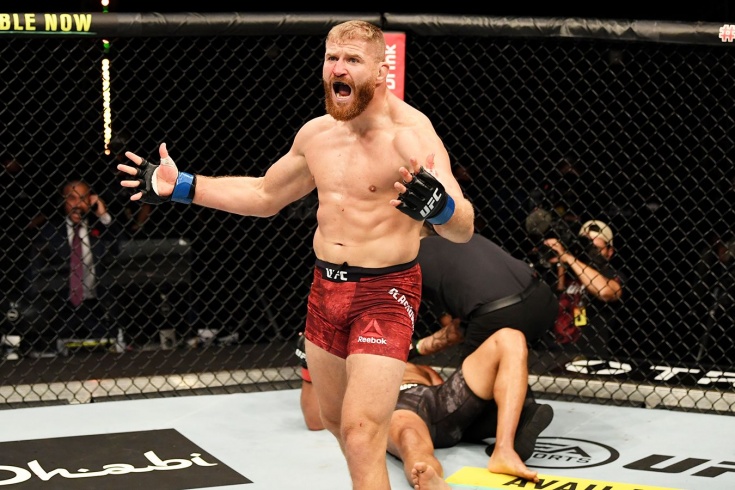 Yang has been going to the UFC belt for many years. But it did not work out for a long time to hold the title.

The UFC promotion mechanism continues to work without failures: every week the Dana White team organizes the highest class tournaments. This weekend, UFC Vegas 54 will take place in Vegas, where Jan Blachowicz and Aleksandar Rakic ​​will meet in the main fight. Particularly much attention will be riveted to the Pole: the veteran will hold the first fight after losing the belt in a fight with Glover Teixeira.

Blachowicz got his championship shot in 2020 after Jon Jones voluntarily left the light heavyweight belt. The second contender for the vacant title was Dominick Reyes, nicknamed the Destroyer, who recently lost to Jones in a very close fight. The Pole did not have time to meet with Kostyan, but he went on a series of three victories over strong opponents.

The fight started slowly, mostly the opponents worked with low kicks. At the end of the first minute, Reyes got a good Blachowicz, which did not speed up the pace. The fighters attacked most often from a long distance, throwing out short series. The Pole had a certain advantage, hitting more often and harder than the Destroyer, who looked somewhat constrained. The first round definitely went to Jan.

After the break, Dominic failed to rebuild and again looked faded. Blachowicz did not offer him something unique, but he worked perfectly with the classic “twos”, constantly hitting. At some point, an annoyed Reyes decided to exchange blows, which became fatal. Having missed the side in the jaw, the Destroyer lost his balance: his legs began to “dance”, and Dominic fell onto the canvas. Finishing has become a matter of technology.

The rights to the video belong to the promotion Ultimate Fighting Championship. You can watch the video on the official UFC YouTube channel.

Blachowicz’s victory delighted the MMA world, with enthusiastic comments from fans and fighters flooding social media. As a result, we present the most striking quotes.

Marvin Vettori: Blachowicz has dynamite in his hands.

Chris Wideman: Congratulations to the new champion! It’s a shame that Reyes lost so much after a very close fight with Jones.”