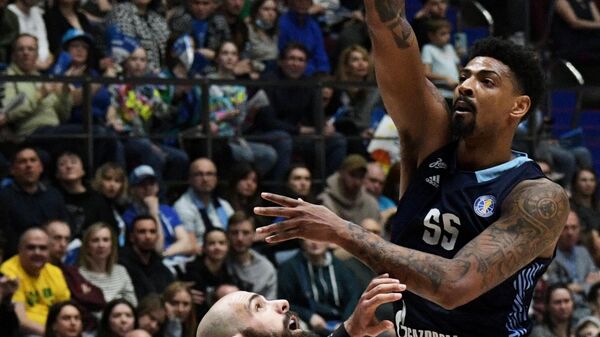 MOSCOW, May 8 – The American forward of the St. Petersburg “Zenith” Jordan Mickey was recognized as the best defending player of the championship of the VTB United League in the 2021/22 season, according to the official website of the league.
In the regular season, Miki played 13 games, in which he averaged 13.5 points and made 4.2 rebounds and 1.8 assists. The forward turned out to be the best in Zenit in interceptions (1.2), and the St. Petersburg team became the second in defensive play, missing an average of 74 points per game.
“I am honored to receive this award and be considered one of the best defenders in the league. This award would not have been possible without my team and my coaches who pushed me every day to be better and achieve more. Thanks to the League and the coaching staff for making this possible,” Mikey said.
The prize in the category “Best Defensive Player” is awarded for the eighth time, last season it went to UNICS Kazan forward John Brown. Miki became the first Zenit player to receive this award.