Home News Kaprizov writes the history of the club, Ovechkin writes the games. ...

“Championship” tells how the most expensive hockey players of each of the NHL teams spend the current season. The calculation is based on caphit – the arithmetic average salary of a player under his current contract.

Connor McDavid (Edmonton), $12.5 million
The highest paid hockey player in the league costs his employer 15.15% of the total payroll. Having to pay that kind of salary to one player certainly gets in the way of Edmonton managers building other parts of the team. But the “oilmen” have no other choice: if you want to see the most dangerous player of recent years in the form of your club, do not be stingy.

To the credit of Connor McDavid, it is worth noting that he works off numerous dollars regularly. In the regular season, the 25-year-old Canadian won the scorer race by a margin. In the playoffs, the Oilers captain scored six points in three games, enough for the team to keep up with Los Angeles and hope for the first two-round advance in four years. 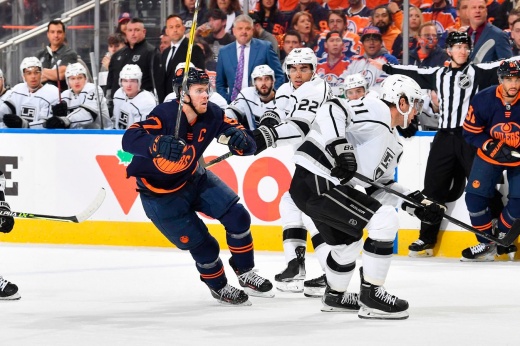 Artemiy Panarin (New York Rangers), $11,642,857
A native of the Chelyabinsk Korkino has not parted with the role of the main actor on the hockey scene in New York for the third year. The richest Russian Enkhaelo player amazes the league with the skill of a subtle pass on the ice and a bright commentary outside of it. True, Artemy also has enough problems: partners sometimes do not keep up with his thoughts, and are simply weaker. So the forward can only dream of the Stanley Cup.

Panarin repeated the achievement of Jagr 15 years ago

Auston Matthews (Toronto), $11,640,250
In the top ten richest players in the league, there are three representatives of Toronto at once. Most of the teammates get Auston Matthews. This season, the American looks like never before. In the regular season, the 24-year-old striker overcame a fantastic bar of 60 goals and became the object of comparisons with Alexander Ovechkin. 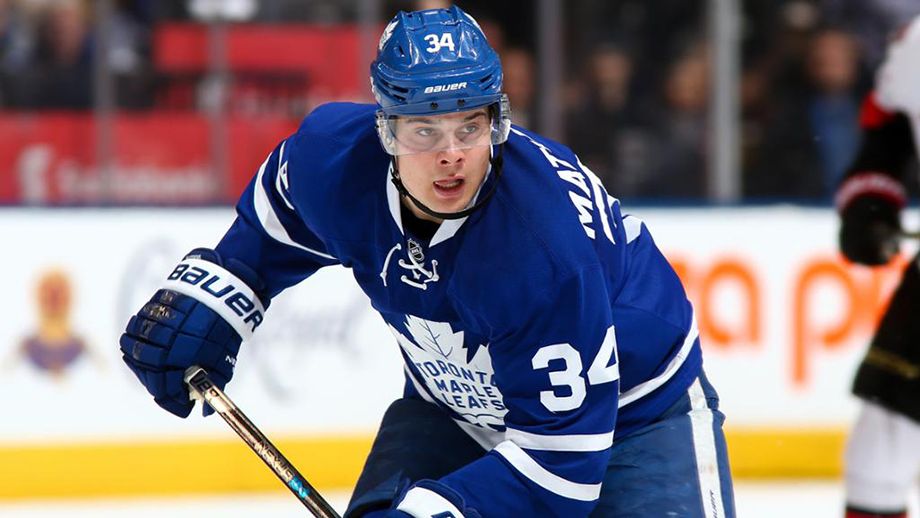 During the playoffs, it is customary to laugh at Toronto, but so far the Maple Leafs are desperately resisting the defending champions. And Matthews plays a crucial role in this resistance. In four games with Tampa, undefeated for two years, Auston has six points.

Having invested so much in the well-being of Erik Karlsson, the San Jose breeders must be biting their elbows. None of the four seasons after the transition from Ottawa, the Swede did not play completely. The current one was no exception. Due to surgery on the forearm and a long stay in the covid protocol, the defender missed 32 matches. For 50 games played, he managed to mark his habitually high performance (35 points) and an equally typical number of errors (“-14”).

In late January, Drew Doughty became the first defenseman in Los Angeles history to play 1,000 games for the club. To achieve this earlier prevented damage to the ligaments of the knee: because of him, the Canadian missed the whole of November. The second half of the season for Drew was spoiled by a hand injury. He last appeared on the court on March 8, and now, instead of holding back McDavid, he is undergoing post-operative rehabilitation. 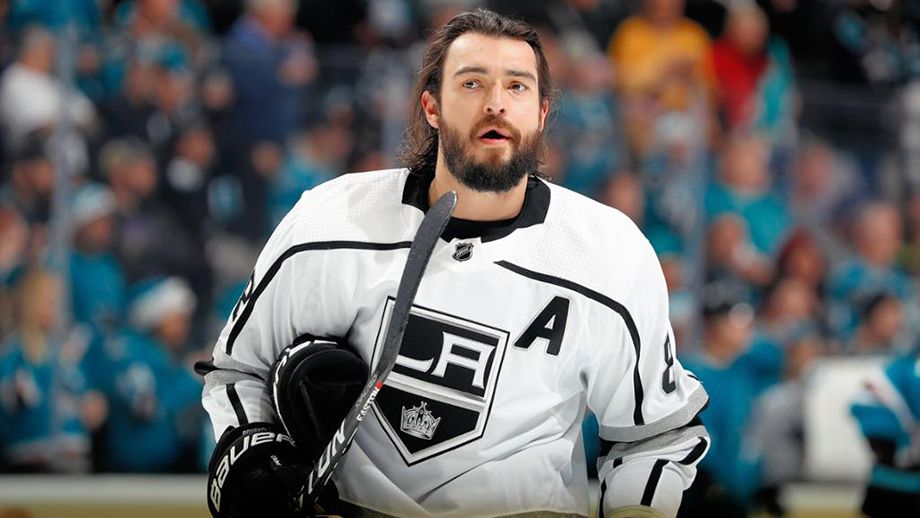 The best years of the captain of “Chicago”, apparently, are already behind. The 33-year-old Toews ran into problems at the very start of the last regular season. It took him 26 matches to open the scoring with his goals. Then Jonathan picked up the pace a little and finished the championship in the graph of 0.52 points per game.

Carey Price is currently going through perhaps the most difficult phase of her career. In October, it became known that the goalkeeper left the Montreal location in order to go through a hockey player assistance program. In November, Carey revealed that he was in treatment for drug addiction. In addition, during the summer, Price underwent knee surgery, and it turned out that the recovery took longer than planned. As a result, the goalkeeper nevertheless returned to the squad this season – he spent only five matches, four of which he lost.

Sergei Bobrovsky (Florida), Jack Eichel (Vegas), $10 million each
Sergei Bobrovsky during the previous two years could serve as another proof that it is better not to write out generous contracts for goalkeepers. The Russian had a hard time looking for himself in Florida after leaving Columbus. This year, Bobrovsky’s adaptation seems to have ended: the goaltender scored 39 victories and helped Florida win the regular season. However, the future prospects of Sergei and his partners are vague – under the pressure of Washington, the Panthers are lost. 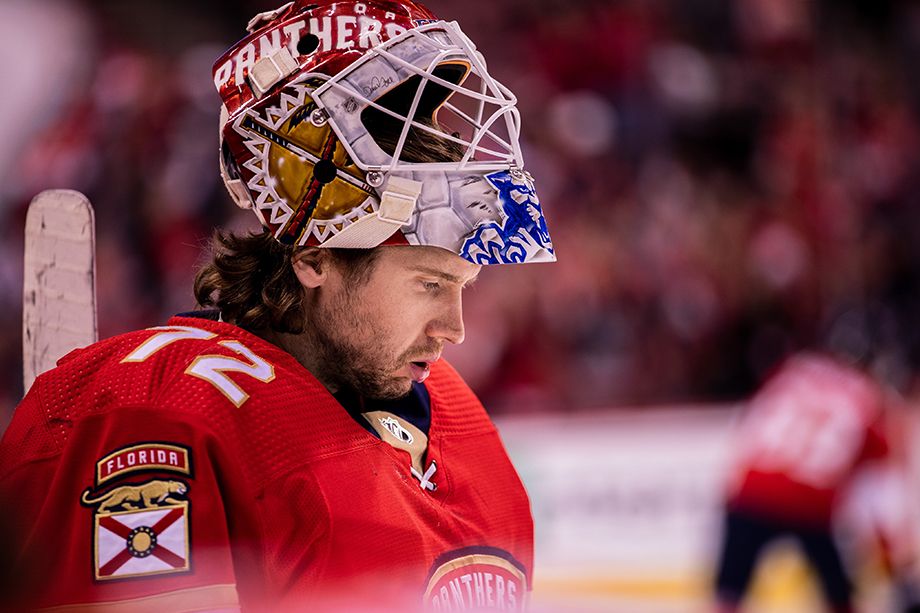 Jack Eichel survived a trade from Buffalo last November and surgery to replace his spinal disc. Despite a long absence of practice, the striker easily returned to the rut: in 34 matches, he scored 25 (14 + 11) points – not bad after a 10-month break.

Forward “Dallas” can hardly bring this season to his asset. Seguin took part in 81 matches of the regular season, and the rest of the numbers are not encouraging: “-21” and only 50 points for performance – in the interval from 2013 to 2019, he did not go on vacation with an amount of less than 72.

The most massive financial layer among the rich in the NHL is a group of hockey players who earn $ 9.5 million each. There are six of them in the league, and most of them are Russians. Evgeni Malkin, having recovered from knee surgery, went great for the rest of the regular season and managed to score in the playoffs: he scored the winning goal against the Rangers, completing one of the longest matches in NHL history.

Alexander Ovechkin entered the stage of his second youth – knocked out the grandmaster fifty dollars in a smooth championship, and now he is leading Washington to victory over Florida. Unfading over the years, the Great Eight, without exaggeration, writes a new history of all hockey. 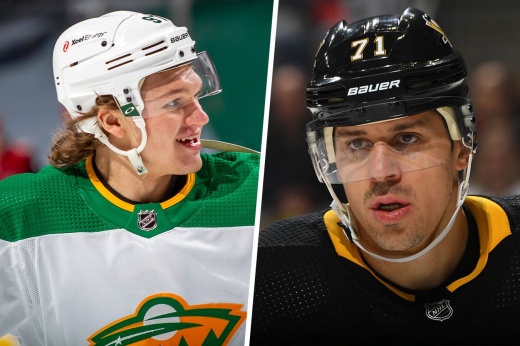 Malkin goes for the 4th title, Kaprizov – for new exploits. All Russians in the NHL Playoffs

Two-time Stanley Cup winners from Tampa are now feeling the threat of relegation pretty close. The Lightning have already twice had to catch up with the Toronto in the series of the first round. Both chases would have been unthinkable without the talents of Nikita Kucherov and Andrei Vasilevsky.

Perhaps no one will be surprised if this summer the coveted silver cup passes into the hands of Mikko Rantanen. “Colorado” has long been listed among the contenders for the trophy, including due to the fact that it has a Finnish striker. In the regular season, Rantanen scored 92 points: 1.23 points per match on average – this is a star level.

Roman Yozi, despite the role of a defender, has even more luxurious statistics: on his personal account, in addition to a solid salary, he also has 96 points – more than anyone else in the league from his colleagues in the shop.

Another popular financial category is the players, whose average income is $ 9 million. Undoubtedly, the most prominent figure in this group is Kirill Kaprizov. The Russian became a real hero of Minnesota hockey, rewriting almost all significant franchise records in his name. In the off-season, when Kaprizov bargained to the last with the Wild, his demands may have looked overpriced, but from today it seems that he deserves even more. 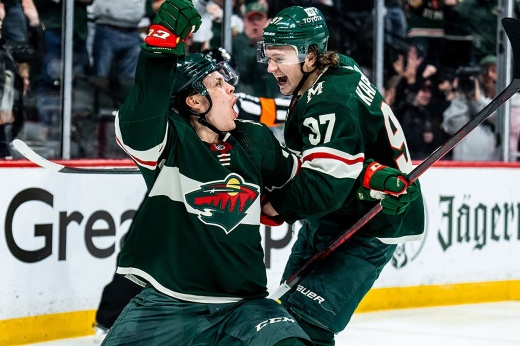 Carolina is hardly disappointed in its young star – the 24-year-old Finn has 81 points in the regular season.

Tkachuk worked out the first year under the new contract quite successfully: he broke his personal performance record and, in general, fully corresponded to the role of the leader. The only embarrassing thing is that the striker received 117 penalty minutes – even with his explosive nature, these figures may seem redundant.

Defender Ekman-Larsson managed to finish the regular season in the plus zone in terms of utility – a big deal in a depressed Vancouver. Voracek and Wheeler both went negative, although they scored just over 60 points. At the same time, the Columbus forward has only five goals.

For Phil Kessel this season was the last under the current contract. The next one is unlikely to be as big. Although in the depressed Arizona, the 33-year-old veteran did everything he could – did not miss a single game and made 44 assists. 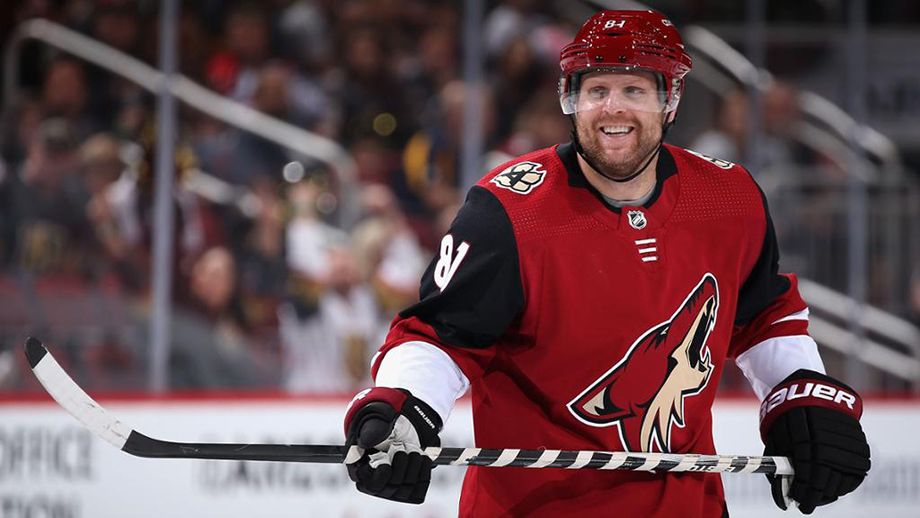 In the summer, fans of Vladimir Tarasenko experienced decadent moods: the striker quarreled with the Blues management and returned to the game after unsuccessful operations. But, having found no options for continuing his career outside of St. Louis, Tarasenko discovered a second wind in himself and surpassed his personal record in points in the regular season. In the playoffs, everything is more difficult: under the pressure of the capricious Minnesota, Vladimir and his teammates have a hard time.

Kevin Hayes is not the most familiar name in the modern NHL. This season, health problems, including surgery, prevented Philadelphia’s most expensive hockey player from raising his awareness. Because of her, he missed almost half of the championship.

Tkachuk gets less than his brother, but scores and gives more. This season, he crossed the mark of one hundred points. But Lee is clearly not enough: the striker has only 46 points.

One of the most effective hockey players in the league, Patrice Bergeron, earns relatively little. In the overall salary rating, he takes only 76th place, but there is no more valuable player in Boston. In the last regular season, Bergeron has 65 points and an outstanding efficiency rating of +26, and in the playoffs his cup experience is still indispensable. 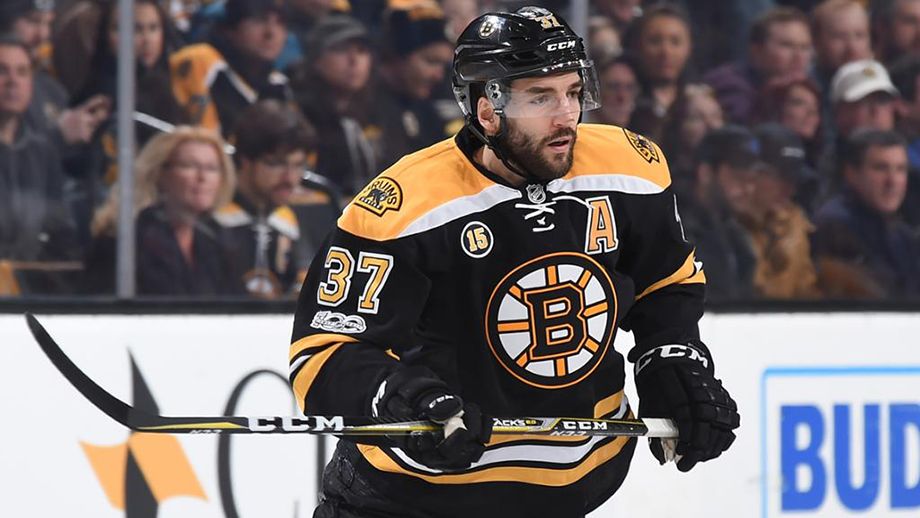 In Anaheim, they spend the most on the services of a hockey player who does not play. Ryan Kesler, 37, has missed the current season entirely, still reeling from a left hip injury. “I have the body of an 80-year-old man. In recent years, I hated hockey,” admitted Kesler in September.

Dylan Larkin is the captain and the main hope of the stagnating Detroit. But the level of the league star striker pulls out with difficulty (69 points), and entering the next season will complicate the operation that Dylan underwent in April.

The cheapest expensive player is in Seattle. The average salary of Philipp Grubauer does not even reach $ 6 million. This season, he has 18 wins with 88.9% of shots reflected.