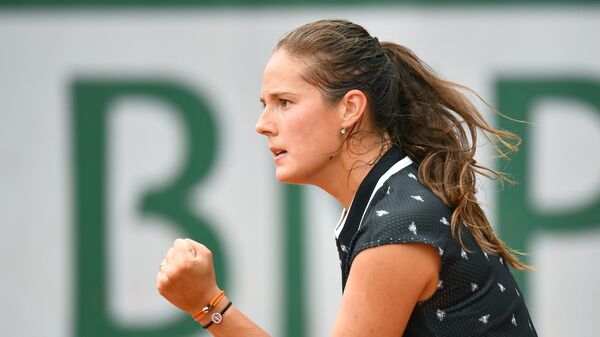 MOSCOW, May 11 – Russia’s Daria Kasatkina defeated Canada’s Leila Fernandez in the second round match of the tennis tournament in Rome, the prize fund of which exceeds $2.8 million.
The meeting ended with a score of 4:6, 6:3, 7:6 (7:2) in favor of the Russian. The match lasted 2 hours and 45 minutes. Earlier in the tournament, Fernandez defeated Russian Anastasia Pavlyuchenkova.
In the next round, Kasatkina will play against the winner of the match Alexandra Sosnovich (Belarus) – Paula Badosa (Spain).
In another meeting of the day, the representative of Tunisia, Ons Jaber, beat the Australian Ayla Tomlyanovic with a score of 7:5, 6:2.