The Lithuanian national team and its fans are not to be envied now. The Balts lost all three opening matches in the group, and their future tournament prospects are shrouded in solid questions. Already after the draw, it became clear that the group with Slovenia, France and Lithuania would be the most unpredictable, but Germany also gathered the strongest squad for the home tournament over the past many years.

As a result, the Lithuanians lost to Slovenia in the first game of the European Championship, and in the second they were ready to upset France, but could not keep the advantage in the end, losing the second match in a row. It was two defeats at the start that seriously put pressure on the coaching staff and the players of the Lithuanian national team. To lose three times in a row with such a line-up – none of the many fans of Lithuania could have imagined such a thing.

The game with Germany was similar in density to the matches with Slovenia and France. They were distinguished only by the incredible performance of Jonas Valanciunas, who was just a point short of the national team’s record of performance – 34 points in almost 35 minutes (10/15 from the field, 14 rebounds and 5 assists). For the first two games, the New Orleans center scored 10 points less in total, and therefore it is easy to guess that he was the main character in this meeting. 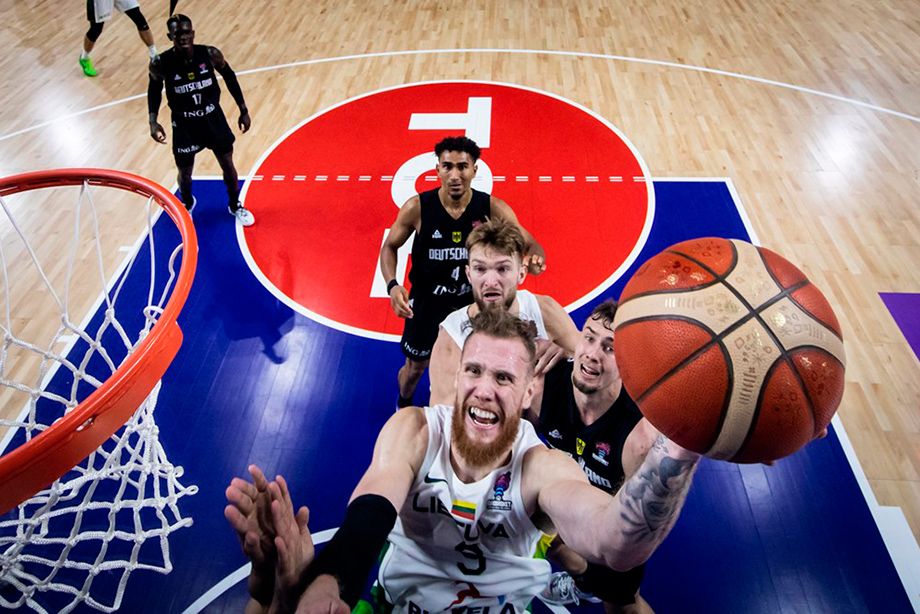 Lithuanians lost the third match in the tournament

But the main moment happened not in overtime and not even at the end of normal time. At the end of the third ten-minute period, the rules were violated on Valanciunas, and the Lithuanian had to go to the free-throw line. At this time, the mentor of the Germans Gordy Herbert, known in Russia for his work with Avtodor Saratov, received a technical foul from the referees.

The situation is quite standard and happens not that rarely. If you follow the letter of the rules, then at first any Lithuanian player on the floor had to shoot one throw as a punishment for the “techie”, and after Valanciunas could proceed to the earned free kicks. But no! The arbitrators simply forgot about that very one throw and immediately put Jonas on the line.

Naturally, after the defeat in two overtimes, the Lithuanians unanimously attacked the two Poles and the Italian, who were discussing the game, with criticism. Valanciunas told Lithuanian journalists that the match was similar to school basketball because of the work of the referee.

“I don’t even know what to say when the referees forget to give a free throw. How is this even possible? This is school basketball,” Valanciunas said after the game.

“The Germans opposed giving us a free throw at the end of normal time and said they would protest and the referees were afraid to make a decision. The game was so equal that we find fault with every little thing, ”said the Lithuanian head coach Kazys Maksvytis, who led Parma Perm a little more than six months ago. It is surprising, of course, that the mentor did not complain about his work at any of the press conferences, but he generously criticizes the arbitrators. 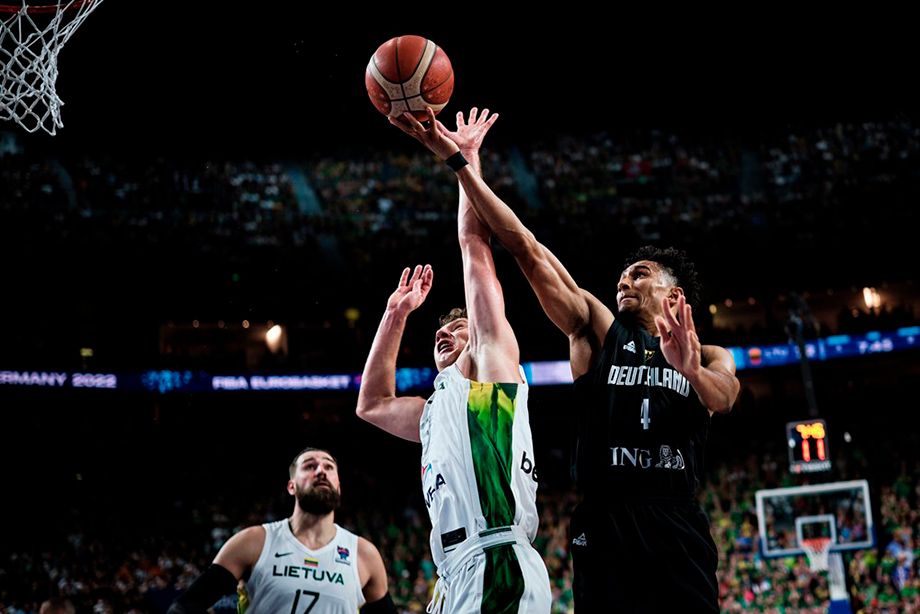 Lithuania eventually filed an appeal, which is unlikely to be granted. At least, replay in such situations is definitely not provided. The Lithuanians missed the entire game seven times from the free throw line, and therefore this one mistake (and even in the third quarter) is unlikely to be considered so significant.

Lithuanian fans and players have been very sensitive to refereeing ever since the World Cup in China, when the referees also made a scoring error against them. Then, in the match with France, 31 seconds before the end, the same Valanciunas got on the penalty line with a score of 75:76. The center took the second free kick, which tried to knock out the tall Rudy Gobert from the arch of the ring. As a result, the knockout took place, but the Frenchman touched the ring with his hand, which is strictly prohibited. The arbitrators missed the episode, in which they had to defend a point (or two) in favor of the Lithuanians, and in the next attack, Nando De Colo scored the most important average, increasing the advantage of the tricolors to three points.

“Last time it was Gobert. Now we were not given a free throw for a technical foul. If these referees continue to work at EuroBasket, I don’t even know what to say about FIBA. So, what is next? It cost us the match. Now they will go home, and that’s it,” defender Marius Grigonis said in his heart after the match.

“Their coach or bench got a technical foul, but we weren’t allowed to take a free kick. When our coaches started to protest, the commissioner just sat all red and did nothing.

I don’t know, we should have won this match before overtime, like the previous two matches. It’s a shame. This free kick, which we were not given, eventually led to overtime. Now there’s nothing to be done. Perhaps we pay too much attention to this,” said Kuzminskas.

Mindaugas Kuzminskas seems to be talking business. It is impossible to replay this moment. But to win in two games with Hungary and Bosnia and Herzegovina is quite. True, the Hungarians almost caused a sensation by going into the ending with the French. And the Bosnians generally beat the reigning champion from Slovenia. Who knows, maybe the Lithuanians will lose all matches and go home without victories?