This is how football without tournament motivation should be! Loko made a super comeback with Dynamo 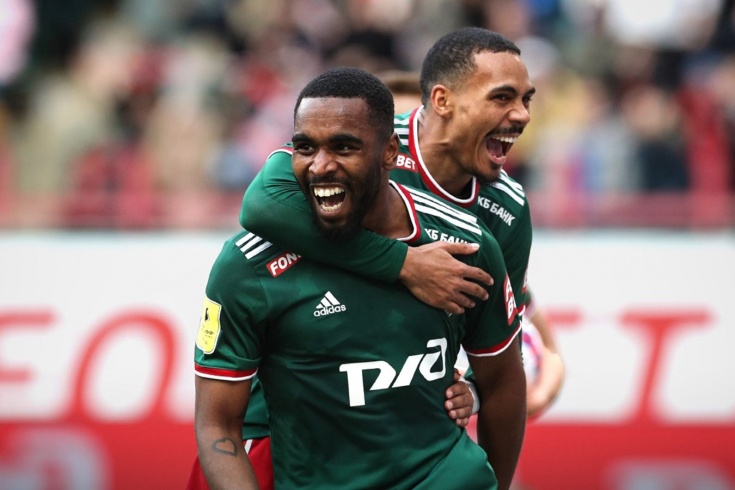 The brightest derby with six goals. Smolov scored against his former team.

Dynamo drew with Lokomotiv in a six-goal derby and caught up with Sochi on points. Now the teams of Sandro Schwartz and Vladimir Fedotov will play each other in the 30th round in Moscow. Southerners will only be satisfied with victory.

In the middle of the week, Dynamo made it to the final of the Russian Cup, but in the RPL, the blue and white had an unpleasant series of three defeats in a row. At the derby with Lokomotiv, Anton Shunin returned to the goal, but Nicolo Moro (disqualification) and Denis Makarov (injury) were absent from the application. As for the railway workers, for the first time this season Anton Miranchuk got into the base. At the same time Wilson Isidore and Jan Kuchta unexpectedly started the match on the bench. Loko players took to the field in T-shirts with congratulations to Yuri Semin on his 75th birthday and the image of Palych, beloved by the fans, in the legendary cockerel. 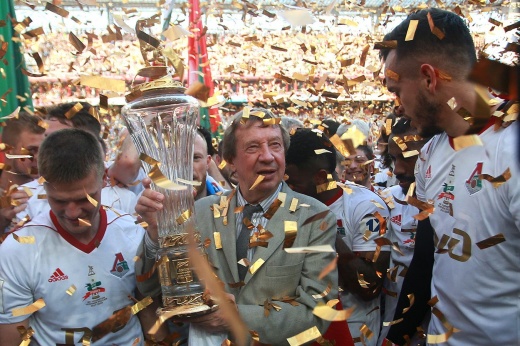 In the first minutes, for some reason, the goalkeepers were more nervous than others. Shunin almost organized a dangerous moment at his own gate with an inaccurate transfer, and Marinato Guilherme brought a goal at all. The pressure of the Russian Brazilian from Arsen Zakharyan did not seem so terrible to panic, but the experienced Guilherme presented the ball to Fedor Smolov. Maybe on the machine, seeing Smolov and mistaking him for his own? This is not the first time the goalkeeper of the Russian national team has been mistaken in this way in the spring of 2022: in a recent match with Krasnodar, he set up a bad pass for the removal of Konstantin Maradishvili. Smolov, having scored to his former team, did not celebrate out of respect for Loko – he apologized with a gesture to the fans.

Smolov was in the spotlight. I almost scored a brace, and during the game I greeted the Lokomotiv doctor, who assisted the injured railway worker. And Dynamo generally controlled the game, defending with a middle block and depriving the opponent of the opportunity to bring the ball to Miranchuk and playing center forward Rifat Zhemaletdinov. Daniil Lesovoy hit the post.

Nevertheless, Loko bounced back by converting the first shot on target. At the corner, Dynamo players missed Tina Edvay’s break-in. For example, Roman Evgeniev, taking care of his opponent, did not control what was happening around.

However, the tie came back for only six minutes. What a ball put by Arsen Zakharyan – lovely! There are questions for the Lokomotiv defensive midfielders, because the Dynamo midfielder freely received a pass in the danger zone and had seconds to make a decision and shoot.

Smolov continued to prove that Lokomotiv, in his person, had lost a very valuable combat unit. The third goal of Dynamo was scored as a result of a foul by Yedvay on Fedor. The actions of the Croatian in this episode are just a disaster. Tin let open his back and frankly cut down the attacker. Fomin, as always, scored from the “point”, Daniil has nerves of steel.

Lokomotiv started the second half briskly, but got nothing out of it. Except perhaps for the Audience Choice Award, the fans drove the team forward. For pressing, perhaps, more mobile and fast players in the front line were required than Zhemaletdinov and Miranchuk, who were torn between the central defenders of Dynamo and Fomin. But the hosts’ coaching staff kept the substitutions until the end of the game hour. Only then did Isidor and Kukhta appear on the field.

Cech scored in seven minutes! The key move in Lokomotiv’s goalscoring attack is the rebounding of Girano Kirk. Yes, and the transfer of the Dutch cut skillful. Fabian Balbuena chose the wrong position, and Kukhta fled to Shunin’s goal. VAR confirmed that there was no offside.

Lokomotiv saved the game, in which, before the double substitution, its chances were close to zero. The same Kerk continued his scoring feast at the RZD Arena. Again, it all started with the selection of the Dutchman, and Guillermo Varela, as in the previous moment, broke the offside line. As a result, Kirk scored one of the easiest goals of his career. But what a fine fellow he is!

The game “for three results” kept in suspense until the last minutes. This is how football should be – attacking, rich in goals – when the opponents no longer have a special tournament motivation. Dynamo, of course, would like to finish the season with silver, and the railroad workers would like to get into the top 4, but without European cups, let’s be honest, the second place is not much different from the third, and the fourth from the fifth or sixth. Schwartz’s team surpassed Loko in shots – 16:11 (on target – 6:4), nevertheless, a draw is fair, because no one deserved to lose.